One of the more interesting matches in this round of Copa del Rey is the Leganes vs Real Sociedad duel. So, let's take a closer look at this match and what we can expect from it.

Our top Leganes vs Real Sociedad betting predictions and picks

If you are looking for free Copa del Rey betting tips, including our best picks for Leganes vs Real Sociedad, you've come to the right place:

While the guests are in terrible form and without a win in La Liga in the last six games, they are still in the top half of the standings. Meanwhile, Leganes is close to the relegation zone in La Liga 2.

With that in mind, our prediction is for Real Sociedad to win this game and break their bad run. We expect them to take this game seriously and field a strong team to secure a place in the Top 16 of the Spanish cup.

Both teams have scored in four of the last five head-to-head duels between Leganes and Real Sociedad, so we can see the same happening when the two teams meet on Wednesday.

After all, both teams have scored in 50% of Leganes games in La Liga 2 this season, so that wouldn't be such a surprise. We certainly expect the guests to score and with them being in poor form, Leganes should be able to get one past them.

The best odds and useful stats for Leganes vs Real Sociedad

If you want to place a bet on the best Leganes vs Real Sociedad odds, check them all out right here on our site:

Neither of these two teams is in great form at the moment, so we should see a close and exciting game. Here's a closer look at the teams:

After playing in the playoffs for a spot in La Liga last season, Leganes is far away from repeating the same result in this season. At the moment, the team is seventeenth in the standings, just five points away from the the first team in the relegation zone. On the bright side, the team did win three of their last six games.

Another positive for Leganes is their health since the team only has one injured player at the moment. That's Fede Vico, who is out for a long time with a ligament injury. Otherwise, Leganes can field their best team against Real Socieadad.

With four wins and two draws in the last six matches in La Liga, Real Sociedad has dropped down the standings dramatically. After sitting at the very top for a while, the team is now only in the seventh place in La Liga and in desperate need of a win to boost their confidence. A match against Leganes could be a great chance for Real Sociedad to break their poor run.

That being said, the team has more than a few positive coronavirus cases, although the names of those players are unconfirmed. Also, Fernandez, Barrenetxea, Montreal, and Sola are all out with injuries.

The usual questions for Leganes vs Real Sociedad 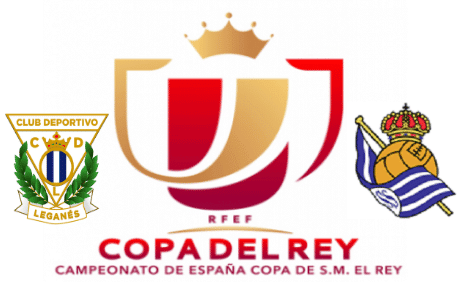