Leeds have made a poor start to the new Premier League campaign and this weekend they play host to a Wolves side that have found their form in recent weeks. The visitors go in search of their fourth straight league win on Saturday and their recent record against Leeds will only give Wolves even more confidence ahead of kick-off.

Our Top Tips for Leeds vs Wolves

Here are our predictions for Leeds vs Wolves.

Wolves have won each of their last five encounters with Leeds, securing 1-0 wins home and away last season. The visitors sit 6ptts clear of Leeds in the Premier League table and we're predicting that Wolves will come away from Elland Road with either a point or all three. Leeds have lost three of their last six matches in all competitions, while Wolves have only lost one of their last six outings.

We're back both teams to score on Saturday as that has been the outcome in three of Wolves' last four matches in all competitions. Both teams have only managed to keep two clean sheets in their last six attempts and we're backing both teams to play for a win this weekend, which should leave plenty of room in behind for counter-attacks.

South Korea's Hwang has proven an instant hit with the Wolves' faithful and currently top scores for the Midland's club with 3-goals in the Premier League. Hwang and Jimenez ave the makings on an excellent partnership up front and we're backing the duo to shine against Leeds on Saturday. Hwang is the most likely goalscorer for the visitors and Leeds have a leaky defence, so it seems obvious to pick the South Korean star to score in this game.

Can Wolves continue their good form away at Leeds?

Leeds went down 1-0 away at Southampton last weekend, Broja scored the home side's goal in the 53rd-minute. Bielsa's side remain on 6pts for the campaign but now sit just one spot above the relegation places, which isn't what was expected of the Argentinian's side this season. To make matters worse, Leeds have a very poor recent record against Wolves and their guests arrive in the midst of their best form of the season.

Wolves fought back from two goals down to beat Aston Villa 3-2 in their own backyard last time out. The comeback began in the 80th-minute through Saiss with Codey and Neves adding the other goals as Wolves completed one of the best turnarounds in Premier League history. Confidence has clearly returned to the Wolves players and the club are now looking ahead of them at the top half of the table, rather than behind them. 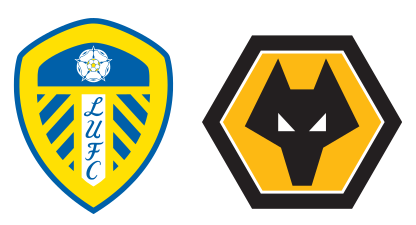