Leeds are making progress under their new manager, despite picking up even more injuries last time out against Wolves. Southampton beat Leeds in the Premier League at St Mary's back in October but head to Elland Road this weekend in poor form.

Leeds have won their last two league games and have started to move away from the ongoing relegation battle. Marsch's men came back from 2-goals down to beat Wolves 3-2 at Molineux before the international break and we're backing this injury-hit Leeds side to secure all 3pts against an out-of-form Saints side. Southampton have lost each of their last four matches in league and cup, going down 4-0 in their last away game against Aston Villa in the Premier League.

Everything you need to know about Leeds vs Southampton

Can Leeds make it three wins on the run this weekend?

Goals from Castro and Trincao saw Leeds trail 2-0 at half-time in their last game away at Wolves but Jimenez was sent-off early in the second forty-five and that's when Leeds began their comeback. Harrison made it 2-1 in the 63rd-minute and just 3-minutes later, Rodrigo got Leeds back onto level terms. The game appeared to be heading for a draw until Ayling forced the ball home from a corner to secure a huge 3pts for Leeds.

Southampton were expected to beat struggling Watford at home last time out but once again, the Saints Players failed to show up. Two goals in the opening 34-minutes for WHernandezx put Watford 2-0 up and although Elyounoussi pulled a goal back before the break, Southampton couldn't carve out an equaliser in the second half and the game ended in a 2-1 defeat.

Southampton: Lyanco and McCarthy are the two main injury concerns for the visitors ahead of their trip to Elland Road. 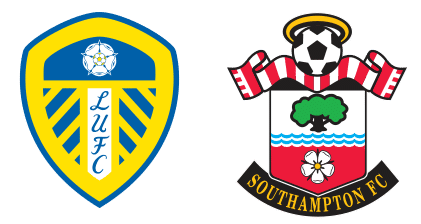