Leeds will be confident of making a quick return to winning ways this Monday when they play host to struggling Nottingham Forest in the Premier League. Forest have spent big but are yet to see a return for their investment as they sit second from bottom with 4pts from their opening six league games.

There is a good chance that we will be treated to goals this weekend as neither side's defence have covered themselves in glory so far this season. At least three goals have been scored in four of Leeds' last six outings in league and cup while three of Nottingham Forest's last four outings have also witnessed over 2.5 goals scored. Leeds conceded 5-goals last time out while Nottingham Forest let in 6-goals in their last away game, adding further weight to our prediction for Monday's clash.

Former Feyenoord forward, Luis Sinisterra has made a positive start to his career at Leeds United, scoring 2-goals in the Premier League so far. After scoring against Everton, Sinisterra then netted an excellent solo goal against Brentford at the weekend and we're backing the Colombian international to find the back of the net against Nottingham Forest on Monday night.

Everything you need to know about Leeds vs Nottingham Forest

Both teams are hoping to bounce back from defeat

Leeds made the trip to Brentford last weekend but will be hoping to forget the result as soon as possible. Brentford ran out 5-2 winners in the end and Jessie Marsch was sent-off in the process but Sinisterra has another good game, scoring a lovely solo goal, and new signing Roca also got on the scoresheet.

Nottingham Forest will still be wondering how they lost last time out against managerless Bournemouth after being two goals up at half-time. Goals from Kouyate and a penalty from Johnson looked to have put Nottingham Forest on the road to glory only for Bournemouth to score three times without reply in the second forty-five and win the game 3-2.

Leeds vs Nottingham Forest: Your Questions 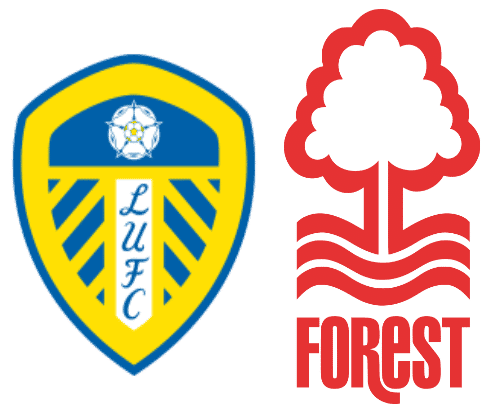