Leeds played some decent football on the opening day of the new Premier League season but ended up getting thrashed 5-1 by Man Utd. Rafa Benitez secured his first win as Everton boss at home to Southampton and will be hoping to emulate the Toffees excellent away record of last season when they make the trip to Elland Road on Saturday.

Leeds and Everton were both involved in high-scoring games last weekend and we're expecting the goals to flow once again on Saturday. Everton claimed a 2-1 win at Elland Road last season and three of their last five matches in all competitions have also featured at least three goals. All of Leeds' last five fixtures have produced over 2.5 goals and despite losing 5-1 at Man Utd, the Whites looked very good going forward.

Both teams scored when these two sides last met and have done in three of their last four competitive encounters. Leeds have been struggling to keep clean sheets of late but look very going in the final third with four of their last five fixtures producing goals at both ends of the pitch. Everton have only failed t score in two of their last six matches and will fancy their chances against a leaky Leeds defence.

Everton are the underdogs for this game yet we're backing the Toffees to come away with at least a point to show for their efforts. Everton won 2-1 at Elland Road last season and kicked-off the new season with a 3-1 win over Southampton, while Leeds lost 5-1 at Old Trafford.

Leeds looked good in spells against Man Utd but eventually, the home side's quality shone through and Leeds ended up on the wrong end of a 5-1 scoreline. Full-back Ayling scored a cracking goal in that game to bring Leeds back onto level terms but Pogba and Fernandes dominated the rest of the game. Leeds will once against be without Diego Llorente and former Everton trainee Adam Forshaw this weekend due to injury.

Andre Gomes missed the game against Southampton but could return to the Everton squad this weekend and the visitors will be hoping to see Gbamin, Kean and Rodriguez return from a period of self-isolation. Even without the above-mentioned players, Everton secured a 3-1 win at home to Southampton on the opening weekend, despite trailing at the interval. Benitez went more direct and Everton played at a faster pace in the second half, something the Saints couldn't handle. 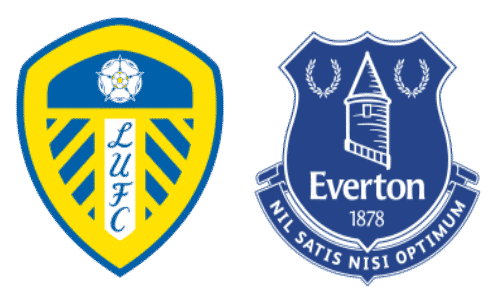