Crystal Palace look like they have done enough to avoid relegation from the Premier League this season but their guests on Monday night, Leeds, still need to get another win or two on the board before they can start to relax and plan for next season.

Leeds have a good record against Crystal palace over the years, winning 18, drawing 9 and losing 9 of the pair's last 36 encounters in all competitions. Of their most recent head-to-heads, Leeds have secured four wins, two draws and suffered just one defeat in their last seven games against the Eagles. Palace have lost their last three matches in league and cup while Leeds are unbeaten in their last four games, picking up three wins and a draw.

Four of the last seven league meetings between these two clubs have produced over 2.5 goals and we're expecting an action-packed 90-minutes on Monday night. Three of the host's last five fixtures as well as four of Leeds' last five outings have also witnessed at least three goals scored, adding further weight to our prediction for Monday's match-up.

Crystal Palace vs Leeds: the latest stats and markets

Leeds hoping to close the gap on the Eagles

Crystal Palace didn't look themselves away at Newcastle, perhaps due to the Eagles losing their last two fixtures. A solitary goal from Almiron proved enough to win the game for the hosts in the end but in truth, Newcastle had plenty more chances to seal the 3pts. That result leaves Palace sitting two places and 4pts ahead of Leeds but only 3pts away from 10th-placed Brighton, so there is still plenty left to play for this season.

Leeds made the trip to Watford in their last league game, securing a very comfortable 3pts in the process. Raphinha put the visitor in front in the 21st-minute after good work from James who claimed an assist. Rodrigo made it 2-0 in the 73rd-minute, effectively killing off any Watford chances of a comeback and Harrison added a lovely third goal from range 5-minutes from time. If Leeds continue to perform this way then there is no doubt they will secure their place in the Premier League for another season.

Crystal Palace: Milivojevic, Olise and Ferguson are all doubts due to injury.

Leeds: Roberts, Bamford, Firpo and Shackleton will miss the trip to the capital, while Forshaw is also a concern.

Your Questions & Answers ahead of Crystal Palace vs Leeds 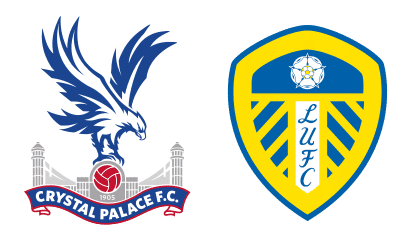