Linked with Ryan Kent in the summer, it looks like Leeds United could be back in for the Liverpool youngster.

The 21-year-old, who scored three goals and made as many more while on loan to Barnsley last season, was due to spend the entire campaign with Freiburg.

Yet, he has only made one start for the Bundesliga side, and featured in just two of their last nine league fixtures, prompting Liverpool to consider a recall according to the Daily Mirror, which claims Leeds will be among the clubs interested in taking him on for the second half of the season.

WHO IS RYAN KENT?

Kent joined Liverpool’s youth academy at the age of seven and gradually progressed through the club’s ranks to the fringes of the senior squad. After turning heads with his performances for the reserves in 2014/15, he was sent out on loan to Coventry City in the English third tier.

He spent the first half of the 2015/16 season with the Midlands side before being recalled in January of last year. Jürgen Klopp wanted to run the rule over the youngster and handed the player his debut for the club in an FA Cup third round clash with Exeter City.

Having impressed against Barnsley while on loan with Coventry, Kent then joined the Tykes on loan for the 2016/17 campaign. He broke out during his time there, making 47 appearances for the Yorkshire club across all competitions.

The England youth internationalist – who has played for his country at both under-18 and under-20 levels – enjoyed perhaps his best individual display against Leeds at Oakwell. In an intense derby, he tantalised the opposition defence with an array of tricks and dribbles. He also scored the second goal with a well-taken left-footed finish, helping his team to a 3-2 win.

Kent was recognised for his performances, being named Barnsley’s young player of the season, before returning to Liverpool and being sent to Freiburg.

On the basis of his time at Barnsley, Kent is at his best when cutting in from a left wing berth onto his favoured right foot. Indeed, 25 of his 38 Championship starts in 2016/17 came from this position, with the other 13 coming from the right hand-side.

This preference indicates the player is not a conventional winger. While he is able to do so, hugging the touchline and driving past his man down the flank to supply crosses into the opposition penalty box is not the best use of his skillset.

A quick-footed attacker, Kent is tricky and lively, making him a nightmare in one-on-one situations. Markers find it difficult to tie him down, as he used sharp changes in direction, along with intelligent spatial awareness, to wriggle free from tight situations. An example of this is shown in the stills below. 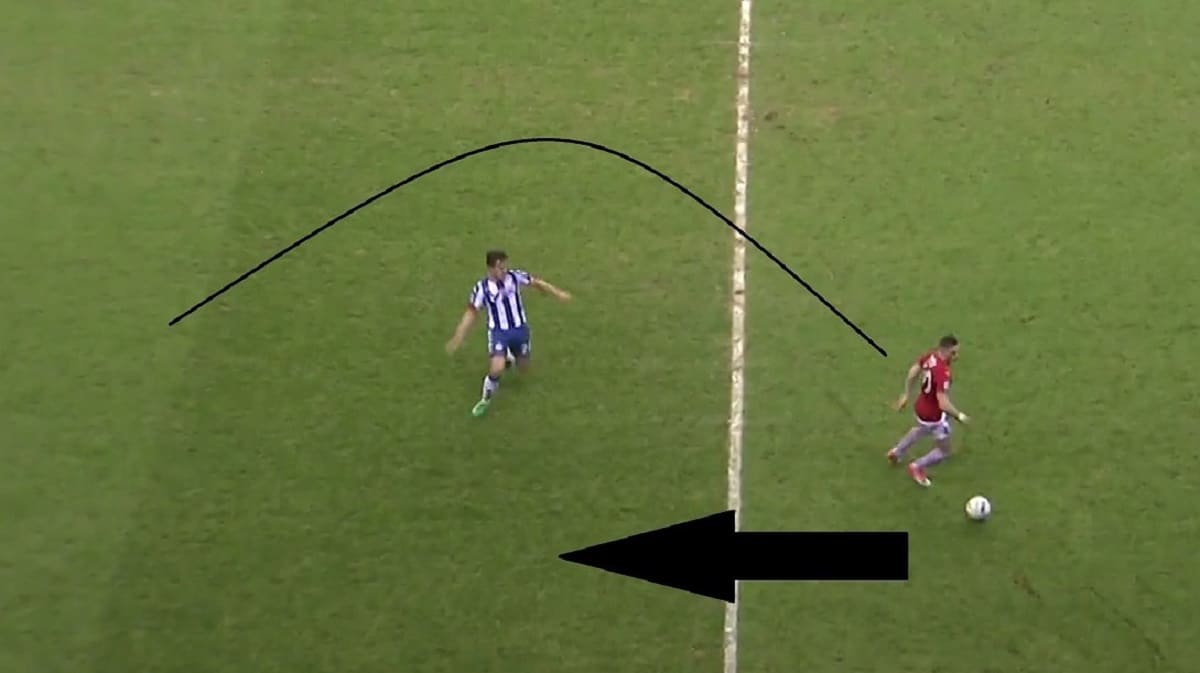 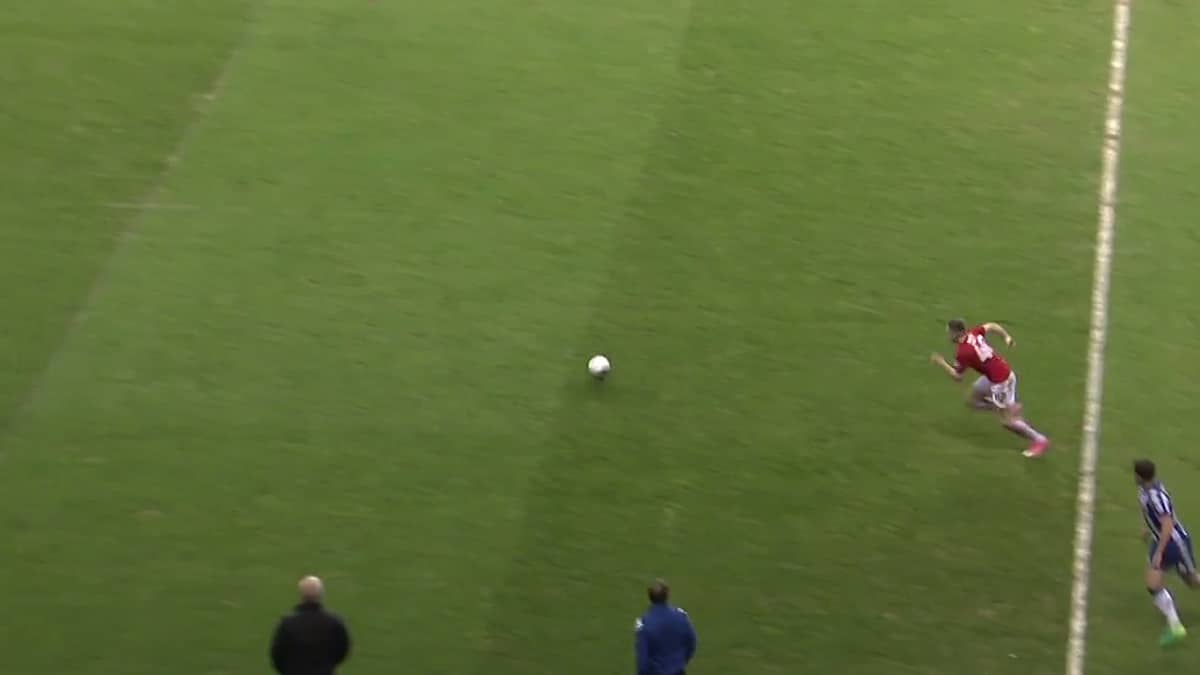 With his aforementioned awareness and quick feet it is unsurprising to learn that he completed more dribbles per game than any other Barnsley player last season, averaging 2.6. In fact, in the entirety of the Championship only four players bested the youngster in this area.

While not necessarily an explosive winger built on raw pace and acceleration, Kent is fast and extremely energetic. He is comfortable running at the opposition for the full duration of a match and this stamina – when combined with his unpredictability on the ball – makes him a difficult proposition to defend against.

However, in terms of end product the player was lacking last term.

Only Conor Hourihane averaged more key passes per game than Kent’s 1.5 for Barnsley in 2016/17, and the wide man made the Championship’s top 30 in this particular area. But, ultimately, his final ball is inconsistent at best.

While he gets himself into positive positions through his dribbling, momentum shifts and energy, he doesn’t always deliver when in or around the final third. This is hinted at statistically by the fact that, in his 44 league outings last season, he scored only three goals and claimed just one assist.

To his credit, Kent has openly admitted a need to improve his productivity with the ball.

“I need to improve in terms of my numbers, an end-product. I feel my performance levels have been good, but there’s nothing much to show for it at the moment,” he stated in an interview with Barnsley’s official website.

“Assists, goals, it’s a key area for a forward player. It’s what keeps you in teams, it’s what managers want from you. It’s something I need to improve. And I’m working really hard on the training field to get better.”

This honesty is reflective of a hard-working player who is unafraid to track back and do the dirty work when necessary. While other young wingers are more focused on getting forward and contributing to attacking moves, Kent understands the need to have an impact in all phases of the game to be a positive team player. His willingness to defend is shown in the still below. 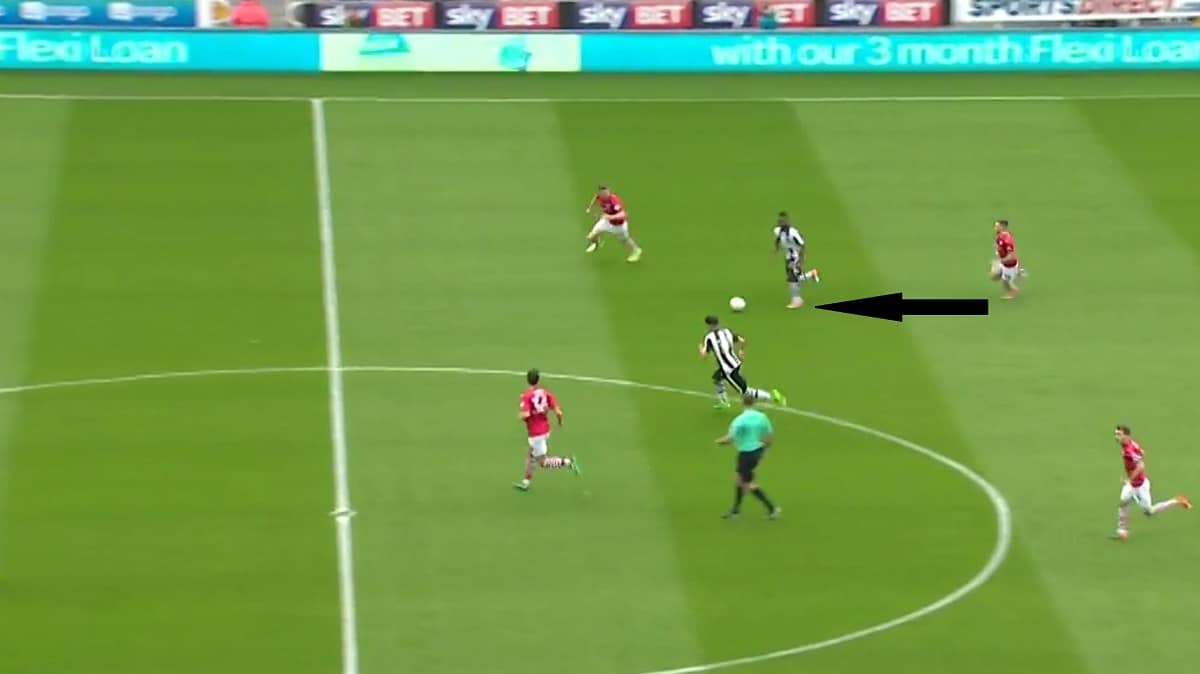 WHY KENT WOULD BE A WORTHWHILE SIGNING FOR LEEDS

Kent has proven himself in the Championship and Thomas Christiansen could turn to Kent to provide flair, creativity and energy on the wing. And, while the Liverpool prospect prefers the left to the right flank, he is flexible enough to operate on either side, or more centrally, when needed.

With his work ethic, skill on the ball, versatility and desire to improve, Kent would be a decent loan addition for Leeds.