It's inevitable that as a footballer you pick up knocks and injuries from time to time. It's just part of the business. However, some players have the misfortune of being plagued with injuries throughout their career. Some injuries end their careers prematurely, others are just as unfortunate to have a career made up of ‘what ifs'.

Draw yourself a little venn diagram for players who had a disjointed career due to injuries and players who had to end their career prematurely. In the overlapping area there will be a few well known footballers there. Michael Owen is one that springs to mind. The English striker didn't fulfil his undoubted potential but he still won nearly every single club trophy available to him. However, Ledley King was cheated out of such a career by one knee injury that plagued him his entire career.

Arguably the most underrated defender in the history of the Premier League.

Loyal to Tottenham Hotspur throughout his career, this one-club man called an end to his playing time in 2012 after 14 years as a professional. The extent of his injury problems is clear when you find out he only featured in 321 club games, meaning in all competitions, on average, he featured in 23 games per season. He only featured in over 30 games in a season on three occasions, all of which came in his opening six seasons as a professional. Was it too much too soon for an already injured King?

Injuries deprived England of somebody who could have been a game changing defender. King was like Rio Ferdinand and John Terry rolled into one. The 6 foot-two centre-back was leader both on and off the pitch, dominant in the air, a colossus in both penalty areas, technically brilliant and, most importantly, he was such an intelligent player. It's a rarity for a player to be able to use both feet, let alone a centre-back but King was confident with both feet. If you were to describe the ideal modern day centre-back you would find yourself talking about Ledley King without even realising.

Had his career started 10 years later then he'd be a £50 million centre-back in the current market. He may have also been managed better due to the enhancement of modern treatment.

Although he had such natural talent he was often underrated in the British media. He was praised for playing despite the many injuries he had to deal with, but very rarely did you hear praise for his style. Perhaps it's because he was so far removed from a typical English centre-back that at the time they didn't truly appreciate him? Or maybe was it due to the fact he played for, at the time anyway, a lesser fancied Spurs side?

What's clear to many is had King been managed properly from an early age his career could have turned out differently. He could easily have doubled his total appearances for Spurs and featured for his country well over 50 times as opposed to the 21 he retired with. He will of course get labelled as injury prone but with the winders of modern science it's become clear over the years that no player is more susceptible to injuries naturally, they're just poorly diagnosed or mismanaged. King himself acknowledges his injury woes began 30 seconds into his debut against Derby. Rory Delap clattered into his knee.  It was just four days after his 19th Birthday.

He would have surgery on the knee but it was the start of the chronic knee problem that decimated his career. He was at a disadvantage from the very beginning.

Could both player and club handled the original injury in a better way? It might be harsh to criticise  them for judgement calls made in 1999 before sports science really took off in the country. A decade after picking up that first injury, Harry Redknapp, the then Spurs manager, came out and said the following when asked about King's injury:

“There's no cure. There's no cartilage, nothing to operate on. It's just bone on bone. So it's just a question of managing it. It swells up after games and it normally takes seven days to recover but having played on Monday night he's had less time than usual. He rarely trains, he mostly just goes to the gym to keep himself ticking over. But not running or anything like that.” 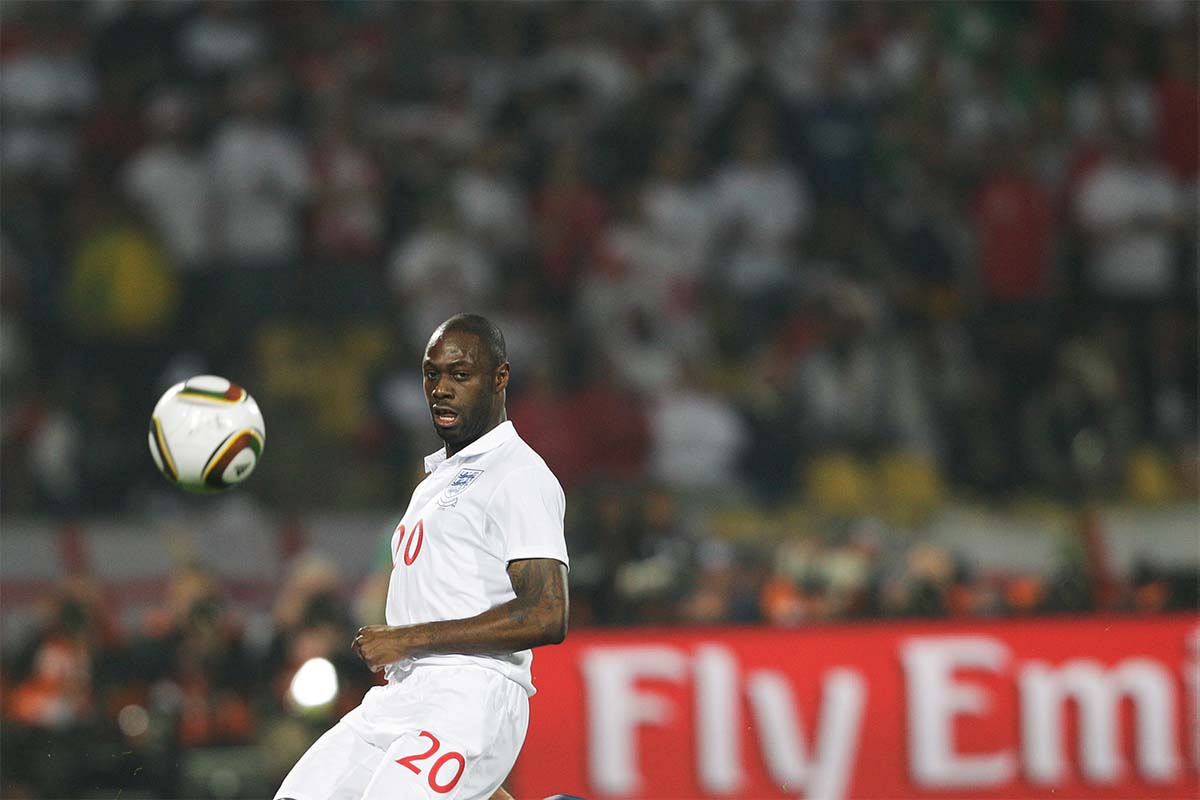 He couldn't, and didn't, train regularly but was able to compete at such a high level? It's unheard of. He was able to not only transition from the older more traditional Premier League to the more continental type league that fans have had the pleasure of watching since the mid 00's. Knowing this you can't help but respect King even more for having the career he did have all the while juggling the pressure of Premier League football and the excruciating pain he would have felt on a weekly basis.

The media may not have appreciated his talent but his peers certainly acknowledged it.

“He is the only guy who doesn't hold players. He will get the ball off you without you even knowing. That's the sign of a good defender.”

The stats back up the claims of one of the most talented players to grace the Premier League. King picked up just 8 yellow cards throughout his career. An impressive achievement given he was up against players who at the time were fond of exaggerating any sort of contact. He'd mastered the skill of defending.

Ledley King didn't win a Premier League title. He only managed to appear in the Champions League for one season. He won one trophy, a League Cup in 2008 and finished as a runner up twice in the same competition. It's not the most glittering of careers, or even the most memorable. Yet if you ask many Premier League stars to name the best defender they faced his name tends to get a mention. You don't need trophies to make a lasting impression. People may say kind words don't fill up trophy cabinets but all things considered for King to make such an impression on the Premier League even with such a stuttering career perhaps the player won't feel as though he was short changed out of a career laden with success. Earning the respect of your peers is a worthy achievement.