Round 7 of Asian World Cup Qualifiers Third Stage brings together Lebanon and South Korea. Both sides enter this fixture with a victory in their most recent outing and will have similar designs for this encounter.

Paulo Bento needs to be praised for his work done with the South Korean national team. The Tigers of Asia have been creating havoc wherever they have gone. They arrive in this meeting with four successive victories, including a 5-1 thumping of Iceland. Lebanon has historically not been able to tackle their challenge as four of their last five duels have finished in favour of the visitors.

Alongside Iran, South Korea have a comfortable lead in the qualifying fixtures. The Tigers will not be planning on resting on their laurels given their poor scoring form. They have scored at an average of 1.25 in the qualifiers, a tally that leaves a lot to be desired. Lebanon are in much worse shape with a paltry four strikes in their six outings. Interestingly, both sides have seen four of their six qualifiers conclude with Under 2.5 goals, a tally that we see increase for them after this duel at the Saida Municipal Stadium.

Lebanon vs South Korea: Check out the best odds and the latest stats

Lebanon vs South Korea: Check out the team lineups

Ivan Hašek saw his charges finish second behind South Kore in Group H of the Second Stage. With the opposition quality improving, the Cedars have found going tough. They have lost four of their last five affairs in all competitions and need to arrest their decline. With time rolling down on captain and top appearance holder record, Hassan Maatouk, they owe it to each other for improved outings.

While many questioned Paulo Bento's decision to move to Asia, the critics have subsided in their opinion of late. South Korea are living up to the expectations and doing so in style. They have quietly gone on to complete their tasks in the world cup qualifiers and have given their rivals warning signals with their free-flowing football in international friendlies. Iceland was on the wrong side of a 5-1 drubbing earlier in January and the Tigers will have a similar aspiration for this meeting.

Questions About Lebanon vs South Korea 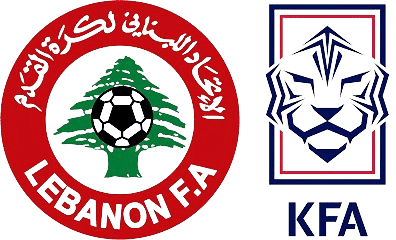 Where is the game being televised? DAZN Japan and Diema Sport 2.

Where is the game being played? Saida Municipal Stadium.