Round 8 of the Asian World Cup qualifiers bring Lebanon and Iraq together. Both teams suffered defeats in their most recent outings and find themselves separated by a single point of each other.

Neither Iraq nor Lebanon have been in a form to write home about. Both outfits have stuttered in their qualifying campaign and only have a single victory in their last five fixtures. Given their poor form, it is difficult to differentiate between them but we are inkling towards the visiting Lions to claim honours in this fixture. Iraq has the better H2H record and has won three of their last five fixtures. However, they have not won once in their last six away trips earning three draws and as many losses in the process.

Goals have been difficult to come by for both Lebanon and Iraq in their recent outings. This has been especially true for their world cup qualifiers, where they have four and three goals to their names, respectively. Interestingly, both teams have only scored once in their last four fixtures, adding to our pessimism about witnessing goals in this meeting. This also has precedence in history as four of their last five duels also concluded with Under 2.5 total goals.

Lebanon vs Iraq: Check out the best odds and the latest stats

Lebanon vs Iraq: Check out the team lineups

With five losses in their last six competitive fixtures, Lebanon has truly disappointed their fans. All is not lost for them as the Cedars are still in the battle for third place. It will not be easy as they have a four-point disadvantage to overcome in their last three fixtures. Moreover, they have been all over the pitch in recent fixtures with four goals scored and seven conceded.

Zeljko Petrovic's hunt for the first win with Iraq in the 2022 World Cup qualifiers continued. They have now gone seven matches without claiming the three points on offer. The meeting with Lebanon is their best opportunity given their run of three wins in five matches against the Cedars. It will not be easy as they have nothing going for them in either attack or defence.

Questions About Lebanon vs Iraq 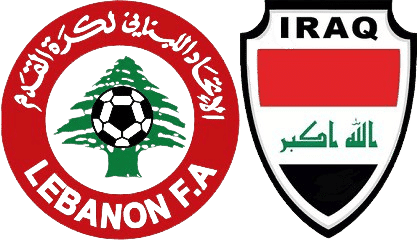