If results go Lazio's way in Serie A this weekend then Sarri's men have the chance to move into the European places on Monday night when they play host to newly-promoted Venezia. The visitors are struggling this season and even a win against Lazio is unlikely to take them out of the relegation places.

At least three goals have been scored in three of the last four meetings between these two clubs, including Lazio's 3-1 win at Venezia back in December. Five of Lazio's and four of Venezia's last six outings in all competitions have produced over 2.5 goals, so you can see just why we're predicting goals on Monday night.

Lazio & Both Teams to Score

Lazio were in great form last weekend when they made the trip to Cagliari. A 19th-minute penalty from Immobile put the visitors in front and Luis Alberto made it 2-0 shortly before the interval. In the second half, Felipe Anderson added a third goal to wrap up the points for the visitors but the game ended on a sour note for Lazio who lost Marusic to a second bookable offence in the 88th-minute. That result leaves Lazio sitting 7th in the Serie A table just a point behind both Roma and Atalanta, so the race for the European places is heating up.

Venezia would have been expecting a tough game at home to Sassuolo but would have believed they could take something from the game. However, Sassuolo dominated the match from start to finish, racing into a 3-0 lead before the half-hour mark. Henry pulled a goal back for Venezia before the break but Sassuolo added a fourth goal in the second half to complete a much-deserved away win.

Lazio: Marusic is suspended for the hosts, while Cataldi and Lazzari could miss out through injury.

Venezia: Luca Lezzerini and Tyronne Ebuehi could miss the trip to Rome due to injury. 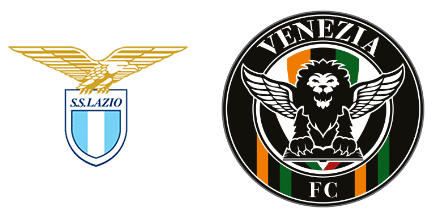