Lazio will be looking for a response following the disappointment of their Rome derby performance last time out, but visitors Sassuolo have a good recent record against their hosts and will be looking to close the gap between the two clubs in the Serie A table to just 3pts this weekend.

Sassuolo beat Lazio 2-1 back in December's reverse league fixture and have picked up three wins, one draw and just one defeat from the pair's last five competitive and non-competitive encounters. Lazio have dropped points in two of their last three home games, losing to Napoli and drawing with Udinese, while Sassuolo have picked up 7[ts from their last three away trips, beating Venezia and Inter Milan, whilst drawing with Salernitana.

Berardi top scores in the league this season for Sassuolo with 14-goals, six of which have come from the penalty spot. The 27-year-old forward is on course to beat his best-ever tally of 17 league goals which he achieved last season. The Italian international has netted 4-goals in his last three league games and looks to be in great form in front of goal, so you can see why we're backing him to score against Lazio.

Can Sassuolo upset the odds this weekend?

Lazio took on their local-rivals Roma before the international break but were completely outplayed by Mourinho's men. Abraham put Roma a goal up in the very first minute and then scored his second of the game in the 22nd-minute. Before the break, Pellegrini scored a third for Roma to end any hopes of a Lazio comeback. The second half failed to produce any more goals and Roma were able to claim the bragging rights.

Sassuolo were in top form when they played host to struggling Spezia last time out. The pair went in level at the break after Berardi put the hosts in front from the penalty spot only to see Verde equalise for the visitors. Early in the second half, Berardi scored his second of the game to put Sassuolo back in front and further goals from Ayhan and Scamacca late on made the final scoreline 4-1.

Lazio: Pedro misses the game through suspension, while Felipe and Radu are doubts due to injury.

Sassuolo: Scamacca, Toljan and Djuricic are the main injury concerns for the visitors ahead of their trip to the capital. 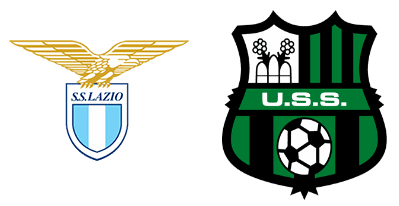