Roma sit 4pts and three places above their local rivals Lazio in the Serie A table but we're expecting a tight and tense derby match between the pair as Lazio have lost any of the duo's last five head-to-heads when they have been considered the home team.

Here are our predictions for Lazio vs Roma

Lazio might trail Roma in the Serie A table but we're backing the hosts to secure a point from their first derby of the new season. Lazio have avoided defeat in four of their last five games against Roma, drawing twice, and we're predicting another stalemate on Sunday. Lazio's last two games have ended in draws and Roma have only lost one of their last six matches in all competitions, adding further weight to our prediction for a draw this weekend.

Both teams have scored in three of the last six meetings between these two clubs and we're backing goals to be scored at both ends of the pitch this weekend. Four of Lazio's last six matches have seen both teams score and the same can be said for three of Roma's last four fixtures in league and cup.

In terms of a final scoreline, we've plumped for a 1-1 draw this weekend as we're confident that both teams will score on Sunday. The last two draws between the pair have both finished 1-1 and Lazio's last two league games have each ended in score draws, one of which finished 1-1.

All you need to know ahead of Lazio vs Roma

Lazio followed up their 2-2 draw at home to Cagliari with a 1-1 draw at Torino in midweek. Lazio had to come from behind to rescue a point late on in dramatic style as Immobile converted a stoppage-time penalty to earn the visitors a share of the spoils. A win on Sunday wouldn't be enough to take Lazio above their local rivals in the Serie A table but it would significantly close the points gap between the two clubs.

Roma have started life under Mourinho well and the Portuguese manager secured his fourth win out of five at home to Udinese on Thursday night. Summer signing Tammy Abraham scored the game's only goal in the 36th-minute and really looks like he is settling well into life in Italy. Roma could really make a statement of their intentions this season with a derby day victory but that could prove much easier said than done.

Lazio: Mattia Zaccagni and Bobby Adekanye both look like they could miss the first Rome derby of the season through injury.

Roma: Matias Vina and Leonardo Spinazzola both remain sidelined for the visitors this weekend and won't feature against Lazio.

Lazio vs Roma – Your Questions 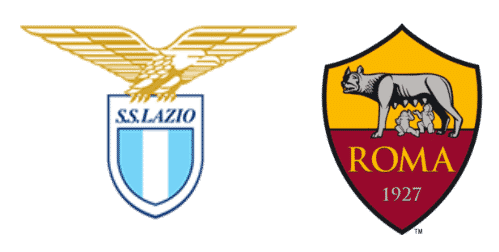