The best predictions and betting tips for the meeting between Lazio and Bayern Munich in the Champions League last 16 round. 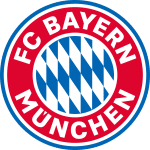 Lazio hope to utilise home advantage when they take on a Bayern Munich team, who are winless in the last two games. Lazio have struggled to pick up wins in the Champions League with Simone Inzaghi’s team only managing one win in the last five European games. Bayern, meanwhile, are going through a brilliant spell in Europe as Hansi Flick’s team are looking to extend their 17 game unbeaten run.

Since returning from the Club World Cup success, Bayern’s form has not been great with the team drawing at home against Arminia Bielefeld and losing away against Frankfurt. Lazio have had blips so far, but their losses against the likes of Atalanta and Inter Milan have been quickly backed up with victories. During the weekend, Lazio had a narrow 1-0 success over Sampdoria to move up to 5th in the Italian Serie A.

Bayern have fared exceptionally well in the Champions League away matches. The last away defeat for the Bavarians in this competition was in September 2017 when PSG managed a 3-0 win. Bayern have also fared very well in getting away goals, as they have scored in 10 consecutive away Champions League matches.

Lazio are missing four players due to injuries, as Inzaghi will be without Stefan Radu, Luiz Felipe, Silvio Proto, and Thomas Strakosha. Bayern Munich do not have Serge Gnabry, Alexander Nubel, Corentin Tolisso, and Douglas Costa due to injury. The Germans will be without Benjamin Pavard and Thomas Muller, who have tested positive.

After a careful analysis, the top predictions for this encounter would be:

Lazio and Bayern Munich have been great going forward. A remarkable 10 out of the 12 Champions League meetings involving these two teams in the 2021-22 campaign has witnessed goals at both ends.

Lazio are heavily dependent on Ciro Immobile for the goals. The Italian forward has come up with 17 goals in his last 22 games for Lazio. Even if Bayern have some outstanding goalscorers on their team, it would be better to back Immobile to score anytime in the game.

FAQs regarding Lazio vs Bayern Munich Coverage and Accessibility

When does the match start?

The kick-off for this match is on 23 February 2021 at 20:00 GMT. The match is scheduled to take place at the Stadio Olimpico in Rome.

When do the bookmakers start taking bets for the game?

The bookmakers have already started accepting bets for the match. One can check the latest odds by logging into their bookmaker accounts.

Is live betting available for this match?

Yes, live betting coverage is available for this encounter. The live betting section presents a different set of markets compared to the pre-match segment.

Is it possible to watch the live streams of this match legally?

Yes, punters can watch the live stream of this game to make better predictions. Some bookmakers do provide legal access to live streams.

What are the charges for live stream coverage?

Bookmakers do not generally charge for access to live streams as long as a punter has a bet on the match.