The last time Arsenal picked up a Paris Saint-Germain cast-off it proved disastrous. Layvin Kurzawa will hope to have greater success in North London than his former boss Unai Emery.

The French left-back is expected to join the Gunners to provide cover after Kieran Tierney, himself only signed in the summer, was ruled out for the rest of the season with a shoulder injury.

Kurzawa is out of contract at the Parc des Princes this summer and despite being a semi-regular, the 27-year-old will leave the French capital in search of a new challenge having found himself firmly behind Juan Bernat in the pecking order. 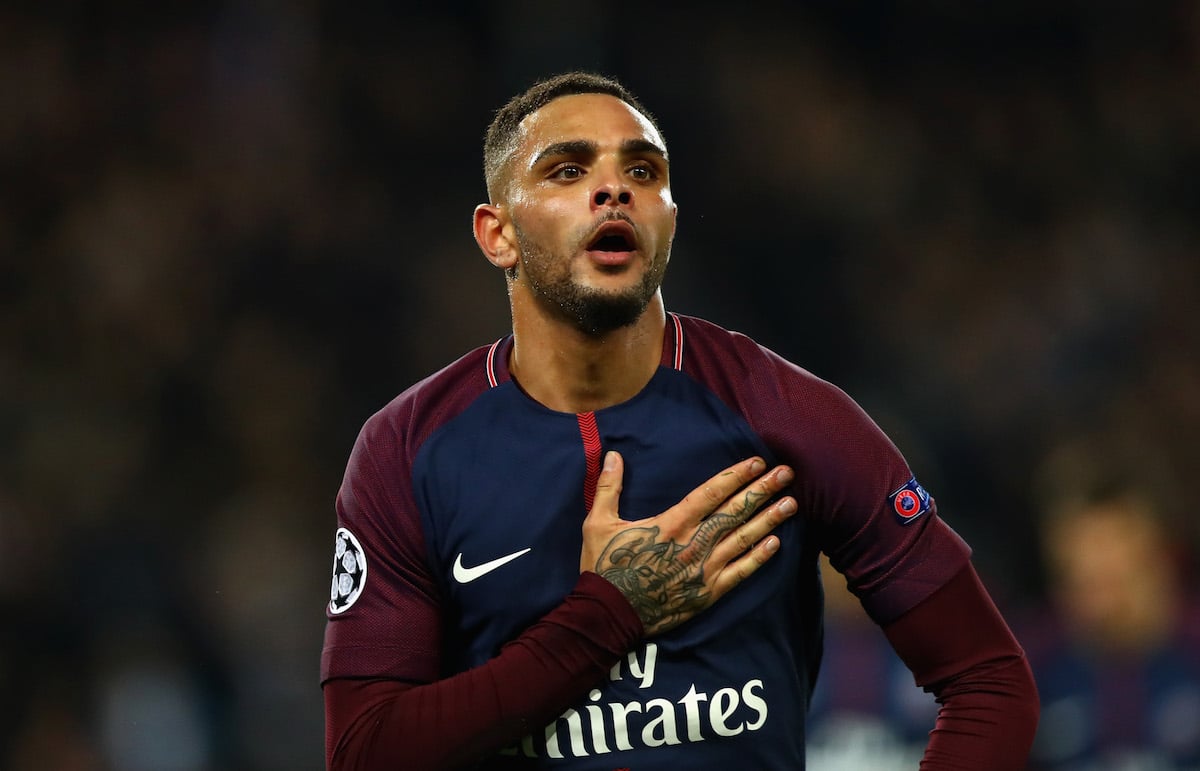 That makes January PSG's last chance to recoup some of the €23million they forked out to sign Kurzawa from Monaco in the summer of 2015. Arsenal aren't expected to pay much for the 12-cap French international, something they've made a staple of their recruitment this month.

The fact les Parisiens were prepared to pay so much for Kurzawa five years ago speaks for the regard he was once held in. One of the most exciting young full-backs in Europe while at Monaco, Kurzawa flew up and down the left-hand side for Claudio Ranieri's side as they finished runners-up to PSG in 2013. This wasn't the Monaco of Kylian Mbappé, Bernardo Silva and Fabinho – though the latter arrived on loan from Rio Ave ahead of the season.

Instead, Kurzawa could call James Rodríguez, Radamel Falcao, Anthony Martial, Ricardo Carvalho and João Moutinho team-mates. Netting five times from left-back, Kurzawa shone again the following season before getting his big move to the capital in the summer of 2015. 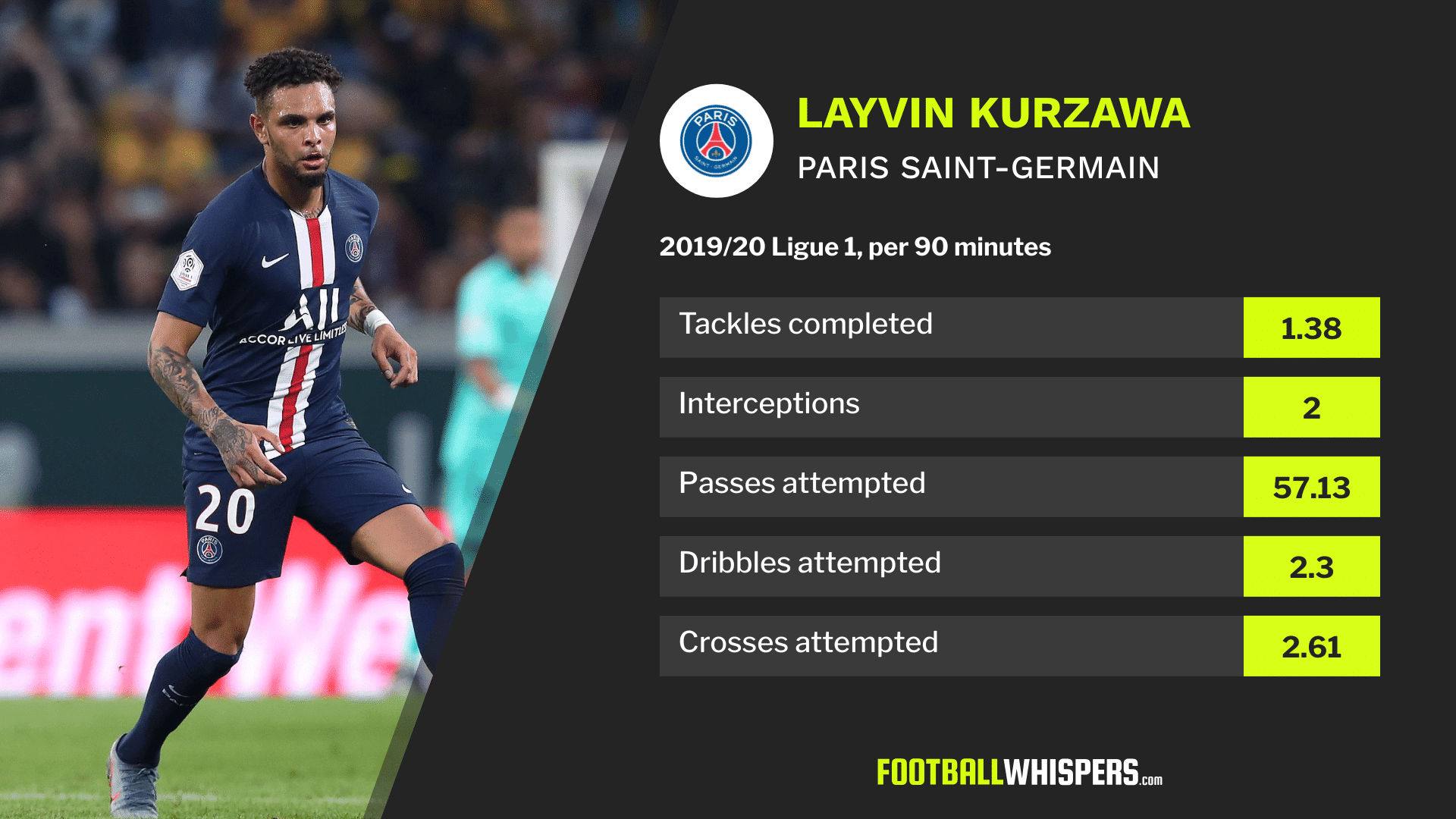 However, Kurzawa has never quite made the No.3 spot his own, finishing with fewer appearances than Maxwell, Yuri Berchiche and Bernat in each of his four full seasons in the French capital. Which is why he will walk away from one of the most glamorous clubs in Europe this summer.

So what went wrong? As with so many modern full-backs, Kurzawa makes a nice highlight reel. He's quick, mobile and gets forward without any need for a second invitation.

In fact, despite only playing in 586 minutes of Ligue 1 action prior to the weekend, Kurzawa has had the second-most touches in the opposition's penalty area per 90 of any full-back in France's top-flight (2.79). He comes out 12th for overall touches with 85.08 which only serves to highlight how involved he is for PSG.

Clearly he's comfortable going forward and Kurzawa completes 1.07 of the 2.3 dribbles he attempts per 90. An accomplished crosser too, Kurzawa has an array of deliveries in his locker, either going to the line or crossing from a shallow position.

In the sequence below he underlines all his attacking instinct to deliver an assist for Mauro Icardi. Having played a one-two with Neymar, he bombs down the left and receives a return pass from the Brazilian. 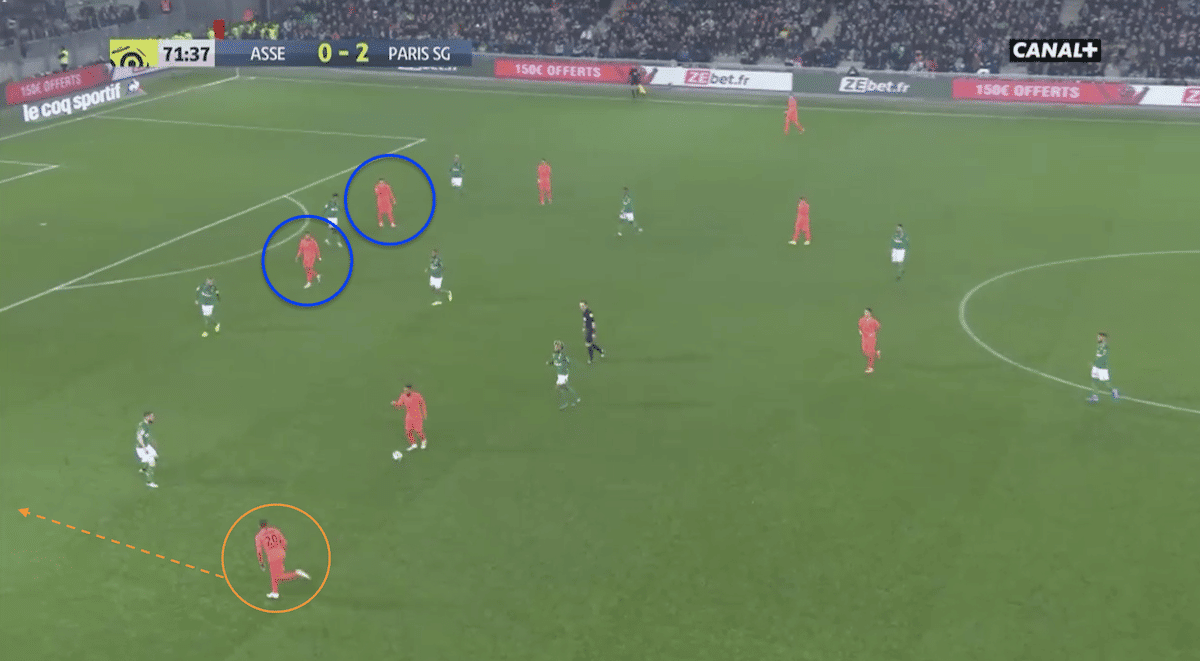 The two PSG forwards are already in Kurzawa's sight and having got down the line he whips a dangerous delivery across the face of goal where Icardi, at the back post, is able to lash home a half volley. 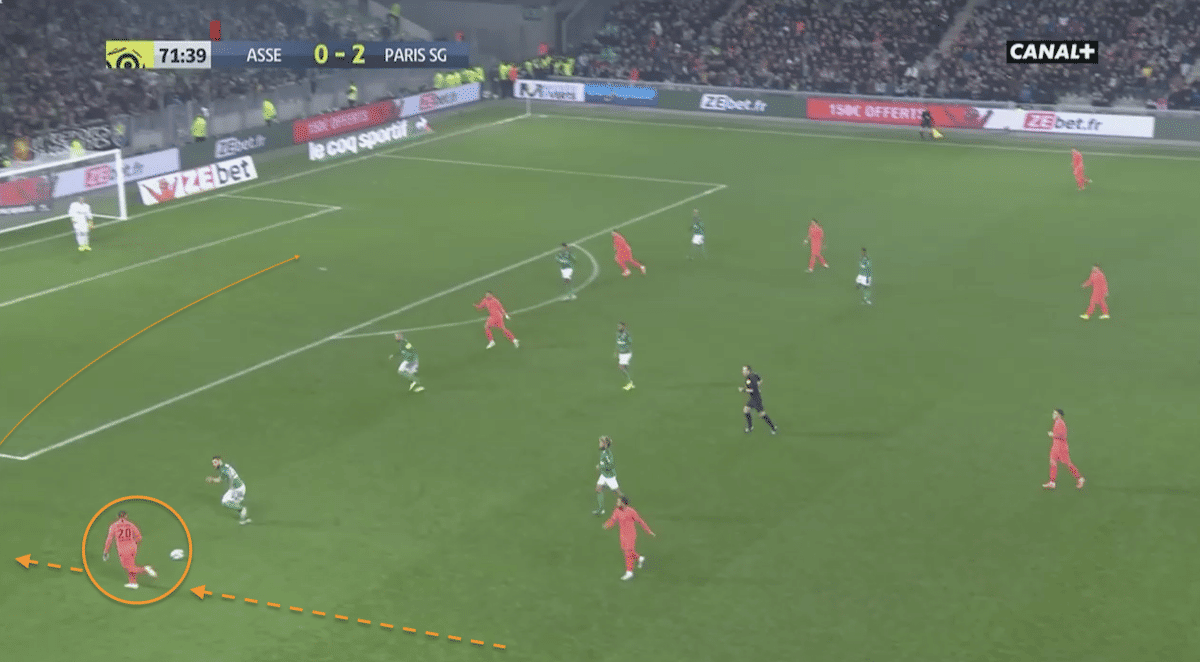 The distinct drawback with Kurzawa is the defensive side of his game. That's why we liken him to numerous other modern full-backs who place greater emphasis on getting forward than doing the basics of their job.

He has the recovery pace to get himself out of trouble but his willingness to bomb on creates problems. As does his lack of defensive awareness at times.

Reading too much into his defensive statistics while playing for the most dominant team in Ligue 1 will only tell us so much. But it's not good he loses the second-most defensive duels of any full-back in the league with 7.83 per 90. On top of that, the number of times he's dispossessed (1.84 per 90) is the second most for players in his position. A damning statistic.

These certainly aren't the traits of a defender Arsenal, with their already shambolic defence, should be looking at. Much like Sead Kolašinac, it's hard to know what Kurzawa's best role is. What's clear is that at the elite level, it's not full-back.