Latvia are up against the odds on Friday night when they play host to the Netherlands in Group G of the World Cup qualifiers. The hosts sit 5th in the group with 5pts from their opening six matches, while the Dutch top the table with 13pts and have scored 22-goals in their first six qualifiers.

Here are our predictions for Latvia vs Netherlands

The Netherlands have won each of their four previous encounters with Latvia but a simple bet on the visitors to win on Friday won't yield you much in the way of a return for your money, so we're backing the Netherlands to win-to-nil. The Netherlands have never conceded a goal against Latvia before and have kept clean sheets in three of their last six international matches across all competitions, while Latvia have failed to score in their last two outings.

Admittedly, the Netherlands ‘ last two wins over Latvia have been via a 2-0 scoreline but we're backing over 3.5 goals to be scored on Friday just like it was in 2014 when the Dutch claimed a 6-0 win over the Latvians. Over 3.5 goals have also been scored in three of Latvia's last six matches, including a 7-1 defeat to Germany, while the Netherlands' last two outings have produced at least four goals.

Memphis Depay is the Netherlands' main source of goals having netted 33 times in 71 appearances for his country and we're backing the Barcelona star to score at least two goals against Latvia on Friday. 2021 has proven to be Depay's best season for the national team, netting 12 goals in 12 games so far, so you can see why we're backing the 27-year-old to do the job against a poor Latvia side.

All you need to know ahead of Latvia vs Netherlands

Last time out, Latvia held Montenegro to a goalless draw at the Stadion Pod Goricom in Podgorica, but their failure to find the back of the net has now extended to their last two qualifying matches. This is now an opponent that Latvia have fared well against in the past but the last two encounters have ended in respectable 2-0 defeats. However, this Dutch side likes to attack and an early goal from the visitors could see the floodgates open on Friday.

The Netherlands destroyed Turkey in their last match in the World Cup qualifiers, running out 6-1 winners at the Johan Cruijff Arena. Klaassen opened the scoring in the very first minute to set the tone of the evening and that was followed up by a superb Depay hat trick. Til and Malen got on the scoreboard and Under netted a late consolation goal for the visitors. The Dutch have been improving under van Gaal and look odds on to qualify for the 2022 World Cup in Qatar.

Latvia vs Netherlands – Your Questions 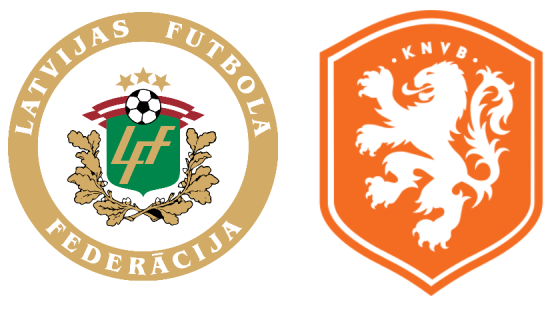