Adam Lallana signed for Liverpool as an attacker. His best performances for the Reds arrived in the middle yet now he’s turning out for Jürgen Klopp’s side as a defensive midfielder.

The German tactician said he was going to experiment during pre-season and deploying his No.20 as the deepest midfielder was something he planned to take a closer look at.

Initially, it was a shock to the system.

Klopp has always tasked the player he’s deployed as the single pivot with keeping play ticking over at speed. It’s one of the reasons he opted to use Jordan Henderson there, why Gini Wijnaldum was moulded into a No.6 and why Liverpool spent £40million to secure the services of Fabinho. 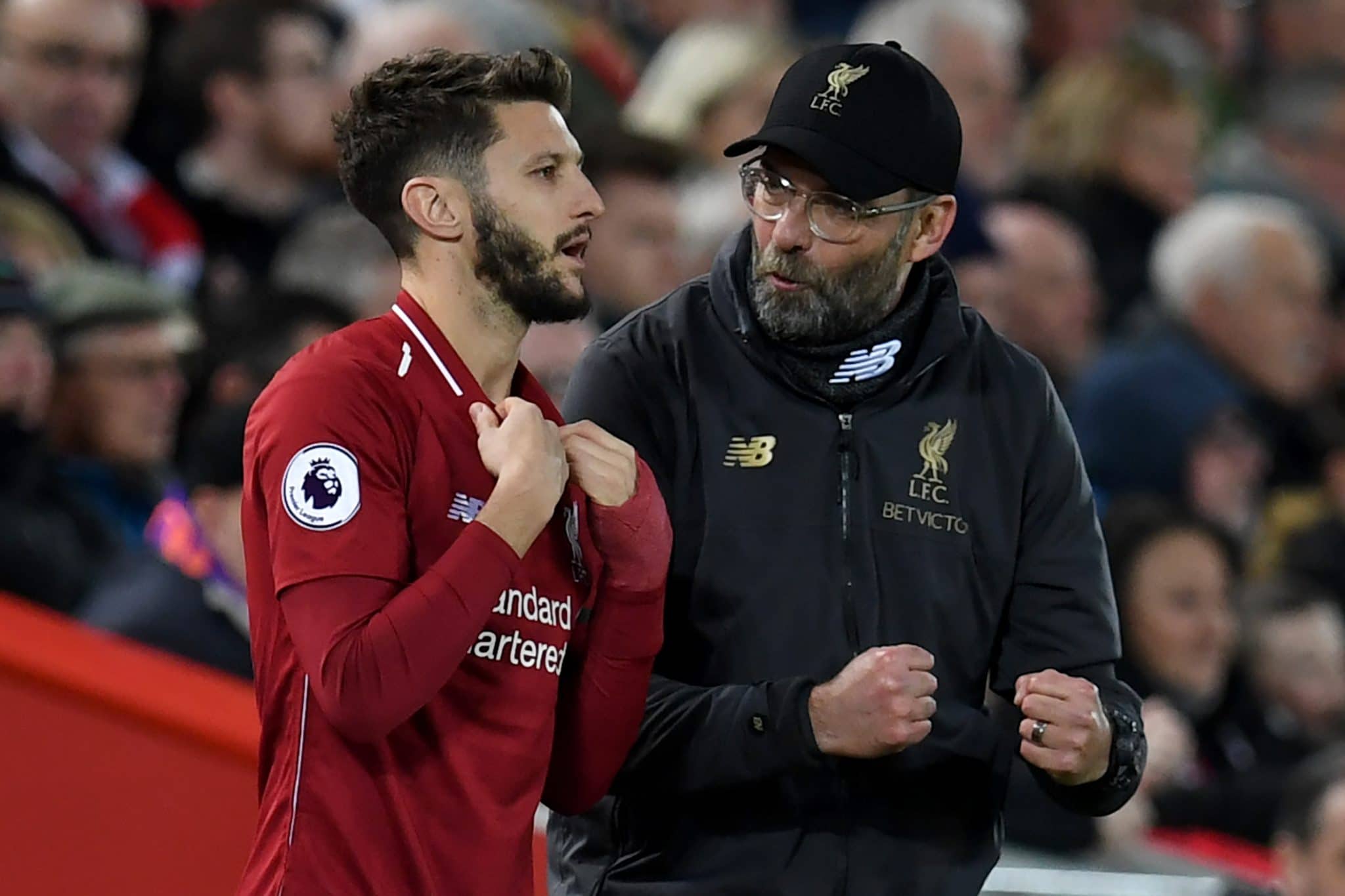 Lallana is a lot of things. Quick is not one of them. He’s often criticised for taking one too many touches. He’s accused of doing a pirouette when a pass would have been the better option. All things that – in an ideal world – you don’t want to see from your deepest midfielder.

And those with reservations appeared justified with Lallana looking lost at times in that role. However, against Lyon in Liverpool’s last match of pre-season, the 31-year-old appeared to have found his groove. Again, he had a shaky start. But he grew into the game and showed glimpses of why Klopp wanted to utilise him there.

Earlier in the summer the former Borussia Dortmund boss claimed he wouldn’t use the ex-Southampton captain there unless it was going to be game he thought the Reds would control.

“In the moment he plays a slightly different position, he enjoys it,”Klopp said. “He’s not now fixed in the No.6 position; we have players who played that position before and played it really well.

“It must be a very dominant game, by the way, but he can play that. That’s why we do it, using pre-season for little experiments. That’s it.”

It’s unlikely Liverpool will dominate proceedings against Manchester City in the Community Shield on Sunday. In both clashes last season, possession was split fairly evenly, Pep Guardiola’s men edging it with 51 per cent in the tie at Anfield.

It isn’t really a match for Lallana to be used in a deeper role. Yet after his performance against Lyon, Klopp could be tempted to make a big call and use the England international there in order to open the game up.

After being blitzed by the rampant Reds during the 2017/18 season, Guardiola looked to slow things down when he came up against Klopp’s side last term. He suffocated the midfield and slowed down the play generally.

It's a risk – with Lallana in danger of being caught in possession – but with high risk comes the potential for high reward. If he's able to slalom his way out of a corner when boxed-in or wriggle his way free of a press, Liverpool can bypass City and make the most of the transitions orchestrated by their No.20. 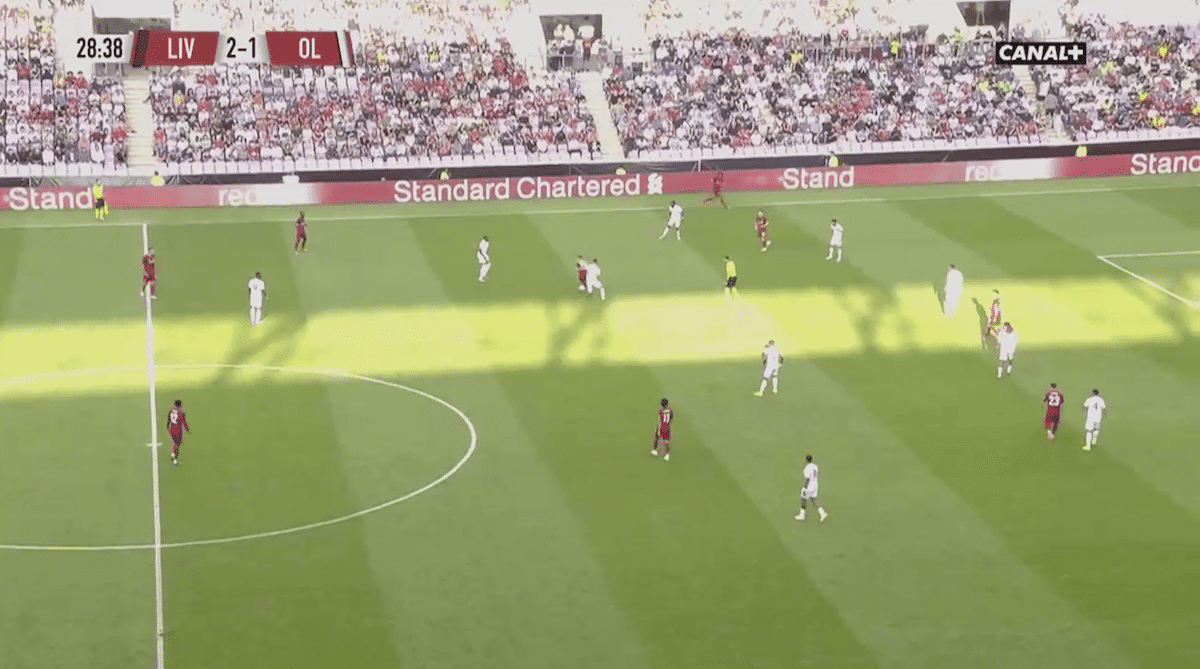 In the screenshot above, Lallana drifted between the lines to receive the ball. Lyon quickly look to close him down knowing full well a turnover will mean it's three vs three with acres of space to attack.

But Lallana keeps his composure and uses his balance to turn away from the Lyon players looking to close him down. It's nothing extraordinary but it is a progressive action which keeps the Reds going forward. Other players in this scenario play backwards purely to retain possession. Which is exactly what the opposition want. 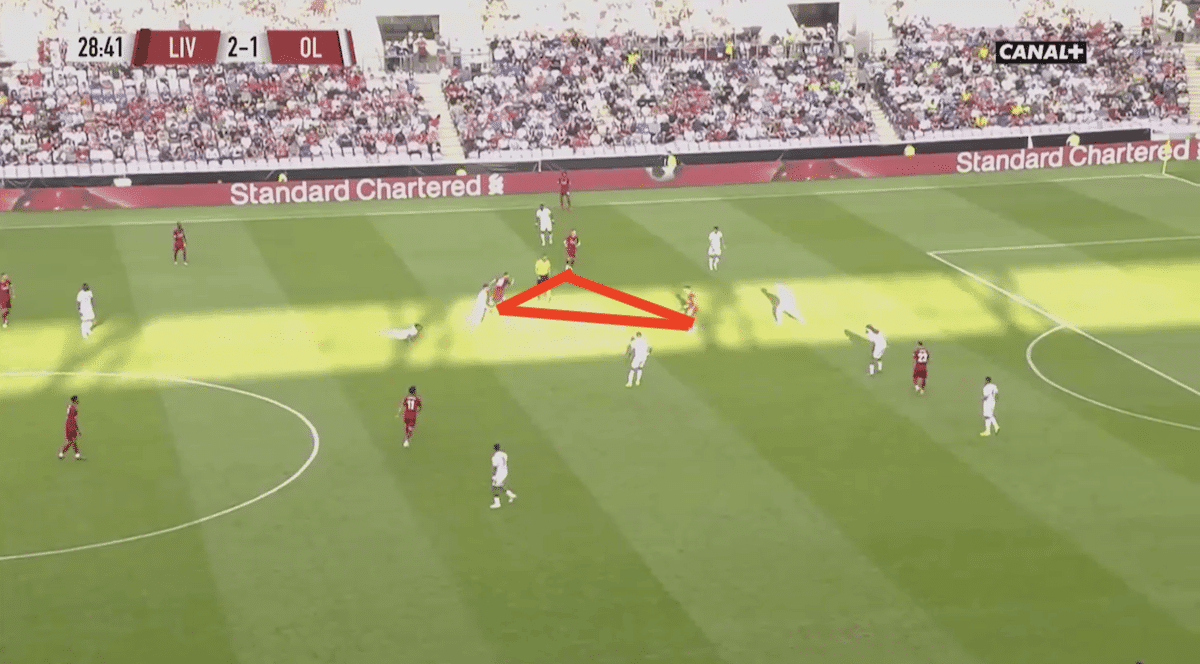 Lallana frees himself of the two Lyon men and Liverpool immediately find themselves in a dangerous position with three players in space ahead of the defensive four. The Reds also have a free man on the left while Xherdan Shaqiri is occupying the left-sided centre-back and left-back.

The fact Lallana is press-resistant means he was able to turn what was a tricky situation into an attacking one. Now, City are much more organised defensively than Lyon are. They're well drilled and have a control to the way they press. But they aren't infallible and this is still pre-season, there will be a rustiness and if it can be exploited perhaps Lallana is the man to do that.

Not only can he create space like that, but he's also able to pick a pass. The Liverpool midfielder can thread balls between lines and he can play raking cross-field passes into the channels. His ability to use both feet makes him an asset in that central area as he's difficult to pin down.

It'd be a big call to start him as the No.6 against City but it's the sort of move which could disrupt their rhythm; Guardiola has not come up against a Liverpool side with someone of that profile starting as the deepest midfielder.

If the Reds want to beat City then a transitional game should be what Klopp aims to create. Lallana feeds into that idea.