Despite a horrendous season for Valencia last year as they finished in 12th place in the league, the rise of Santi Mina was surely one of the positives for Los Che fans to cherish going into the summer.

With four managerial changes in one campaign alongside the squad giving up for most of the season, it wasn’t easy for the newbie’s like Santi Mina and Zakaria Bakkali to settle in at the Mestalla.

But with the recent announcement of Cesare Prandelli as Valencia’s new manager, there could be a possibility for Mina to be a regular starter in the line-up.

Since the age of nine, Mina was part of the youth academy at Celta and spent nearly seven years at that level prior to his progression into the club’s reserve team. Santi isn’t the only one from the Mina family to play for Celta Vigo with his father, Santiago Mina, completing just over 20 appearances for the side but had to retire at a young age due to several injuries throughout his career.

Once making his senior debut for the Galician club, Mina pounced on this opportunity and never looked back. Despite being very raw at the time, he showed a lot of potential and his hard work started to pay off, bagging eight goals in 13 games and he instantly received a five-year contract tying him down until 2018. Not only that, super agent Jorge Mendes saw his talent and signed him up as his client before anyone else found out about the teenager.

It wasn’t long until Paco Herrera, Celta’s manager at the time, allowed Mina to train with the first team and gave him his senior debut in February 2013 against Getafe as he became the third-youngest player to ever play for the club in the top division. He featured once for the first team that campaign but the supporters knew it wasn’t the last time they were going to see him. He became better known when he was presented with a call up to represent Spain at under-19 level.

His first season was quite impressive and the only way for Mina was up. Going into his second year at Celta, the managerial change of Luis Enrique replacing Paco Herrera led to a top-half finish for the club and over 30 appearances in all competitions for the winger. A few games into the campaign, there was another moment for him to remember, as he came off of the bench to score a goal against Athletic Bilbao. The goal made Mina the club’s youngster goalscorer in the first division, despite losing the fixture 3-2 at San Mames. 2014 looked set to be the breakthrough year for the player.

Mina’s third and final year ended with a lot of heat coming his way, with the youngster revealing his desire to stay at the club for many years to come at the start of the campaign but left for Valencia in the summer of 2015. The Spaniard broke another record, as he scored four goals during the 6-1 victory over Rayo Vallecano, making him the youngest player ever to do so in the top flight for Celta since 1979. He finished the season on seven league goals in 20 appearances and mentioned the fans in his first interview at Valencia, although some Celta fans still feel betrayed by the individual. 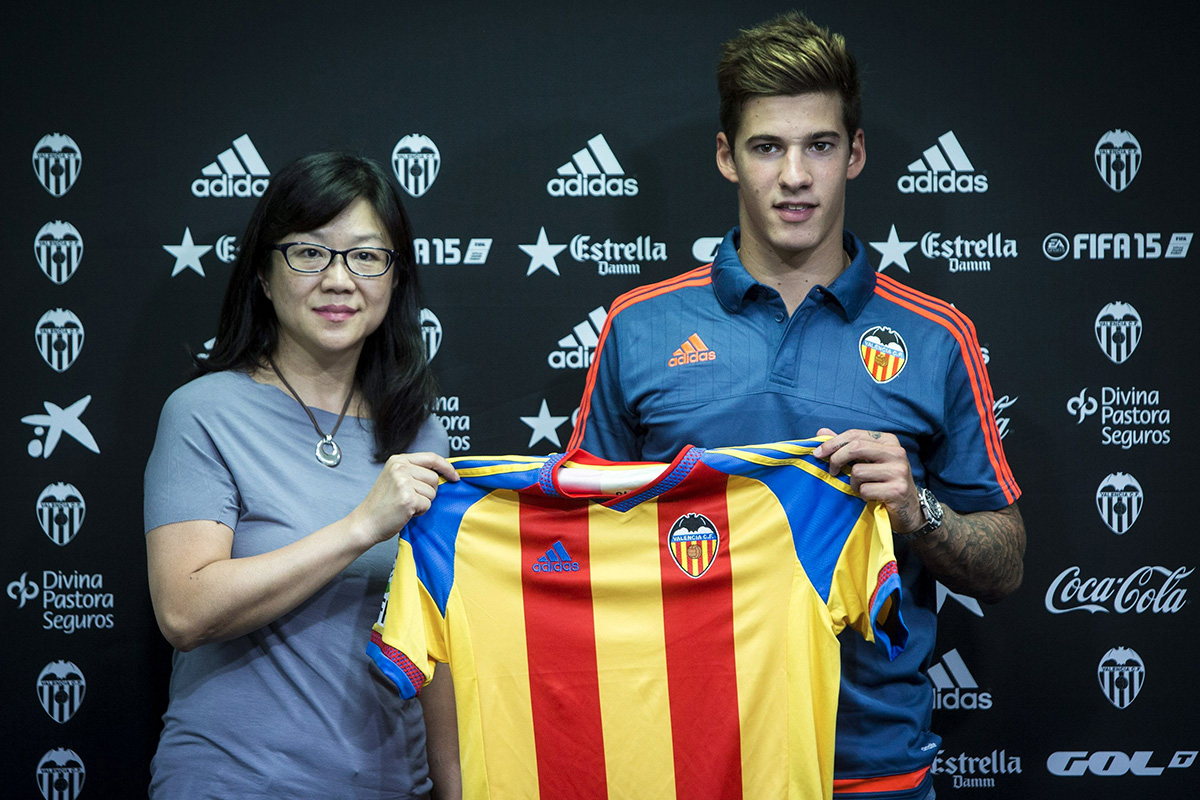 During his first season at Valencia, Mina found it hard to adapt in a new environment which was quite normal for a player who is still young. He mentioned to the media halfway through the season that it took some time for him to properly integrate with the squad. He had another occasion to remember as he scored his first goal for the club against Barcelona, which came five minutes before full-time, giving his side an important point to take from the fixture.

Like nearly every Spanish attacker, Mina is technically gifted and creative in the final third, making him very suited to the role as a false number nine. If an individual wants to be effective in this role, they have to be strong and good at dropping off to hold the ball, which he has proved he can do having won 11 out of 18 aerial duels so far this campaign.

As well as being quick and direct on the ball, he is tall enough to be dangerous in the air which was evident when his powerful header gave Valencia the lead against Las Palmas at the start of the season.

Keeping in mind that the Mina is still 20-years-old, it is fairly usual for the player to have a few weaknesses that can be fixed once he starts for Valencia on a regular basis. His main issue at the moment is consistency and his lack of contribution towards the side’s goals.

Even as a forward player, you are expected to help the team defensively and track back when the side lose the ball which is another area the winger could improve on.

Mina has the ability to play in a couple of positions in attack, either on the left or through the middle. He is yet to work out which position suits him best, but it should all come in time. Last season, six out of his seven goals in all competitions came from open play.

When utilised as a winger, he chooses to have a direct approach in his game and likes to drift in from the flanks to create an opportunity for himself. He prefers to play on the left side of the pitch, allowing him to cut into the middle on to his favoured right-foot, following up with a powerful shot towards goal.

Since his move to Mestalla, Mina has often been dubbed as the next David Villa, an individual that built his own legendary status at Valencia, scoring 107 goals in 166 matches. 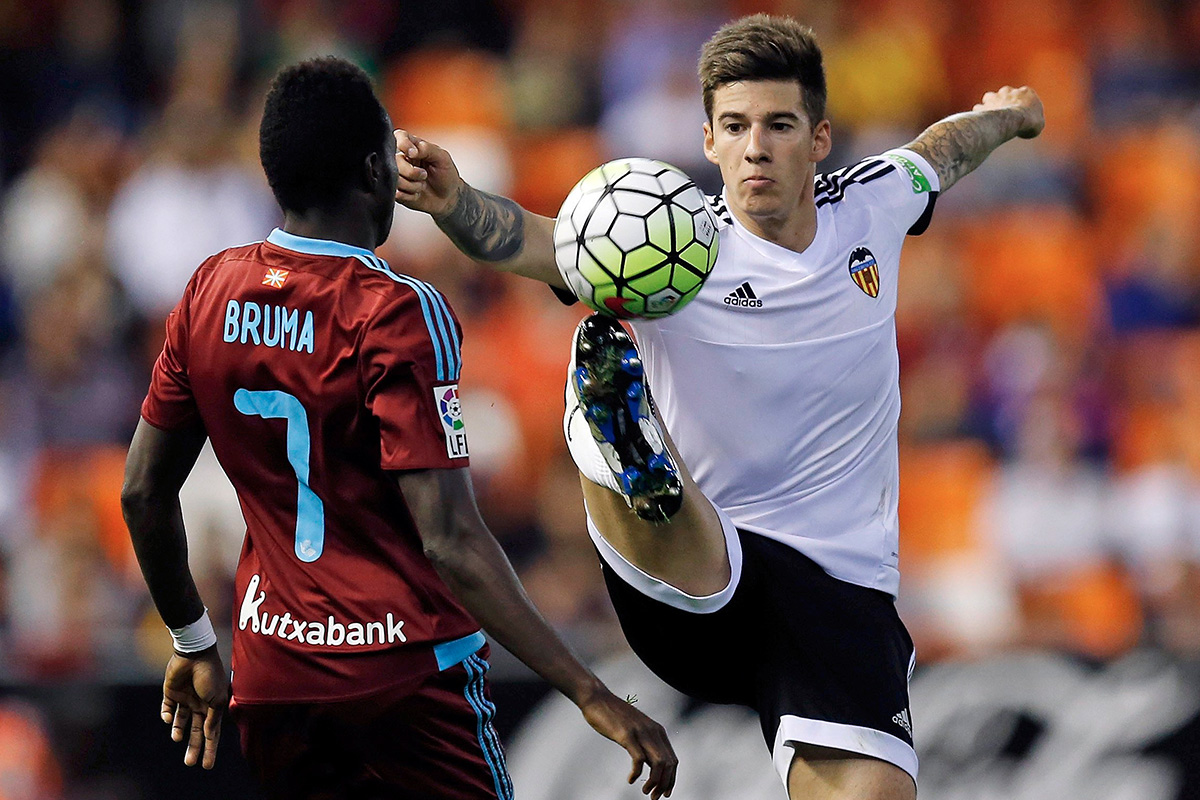 Mina couldn’t have started this campaign any better, bagging two goals on the opening fixture against Las Palmas despite his contribution not being enough to help his side to a victory.

Manager Cesare Prandelli will most likely give the players a chance to prove themselves before he decides who should be a regular starter. Valencia are still having a problems on and off the pitch, so Prandelli will surely need some time to work and learn with the club.

With the side leaking 14 goals already this season, Prandelli’s 3-5-2 system might help the side to strengthen the back line as well as allowing the wing-backs to push forward. It might be risky to use this method in Spain but the quality in defence is lacking at the moment.

With the arrival of Luis Nani and Munir El Haddadi over the summer, it may delay Mina’s development and he might be better off spending the season out on loan at another club. However, it’s ideal to keep in mind that it’s still early days for the youngster, and it could be a waiting game for him this campaign. He’ll have to be ready to make the most out of any opportunities he gets.