Fran Escriba had to start his first campaign as Villarreal’s manager without Roberto Soldado and Cedric Bakambu, both individuals who played a big part in helping the side finish in the top four. It left him no choice but to give Nicola Sansone his league debut, a player who he only knew for nine days before the fixture against Granada.

Meanwhile for Nicola Sansone, a player who failed to receive the credit he deserved at Sassuolo, has finally earned his time to grab the spotlight at Villarreal.

At the age of 21, Sansone became an immediate starter for Parma and always looked to be a true gem that would play for the national team in the future. Whilst playing for the Serie A side, his overdue development and limited contributions to the side’s goals made life very tough for him. In the following campaign, Sansone played seven games less compared to his first year at the club and only managed to score twice in the league.

Moving to Sassuolo on January 2014 was an ideal decision for Sansone, even though he only played 12 league games through the second half of the season, however he managed to bag five goals and three assists as the side finished above the relegation zone. From scoring a double vs Atlanta to forming a good understanding with the likes of Domenico Berardi and Simone Zaza, Sansone fitted into the team very well and the Sassuolo fans couldn’t wait to see what he was capable of in a full season.

During his second and third season at Sassuolo, Sansone was overshadowed by Berardi, who netted the same amount of goals for the club in Serie A last year. A lot of the credit would be given to the latter due to his involvement in more goals than the former in fewer games, but Sansone still deserved some appreciation, playing a key role in helping the side finish in a Europa League spot. 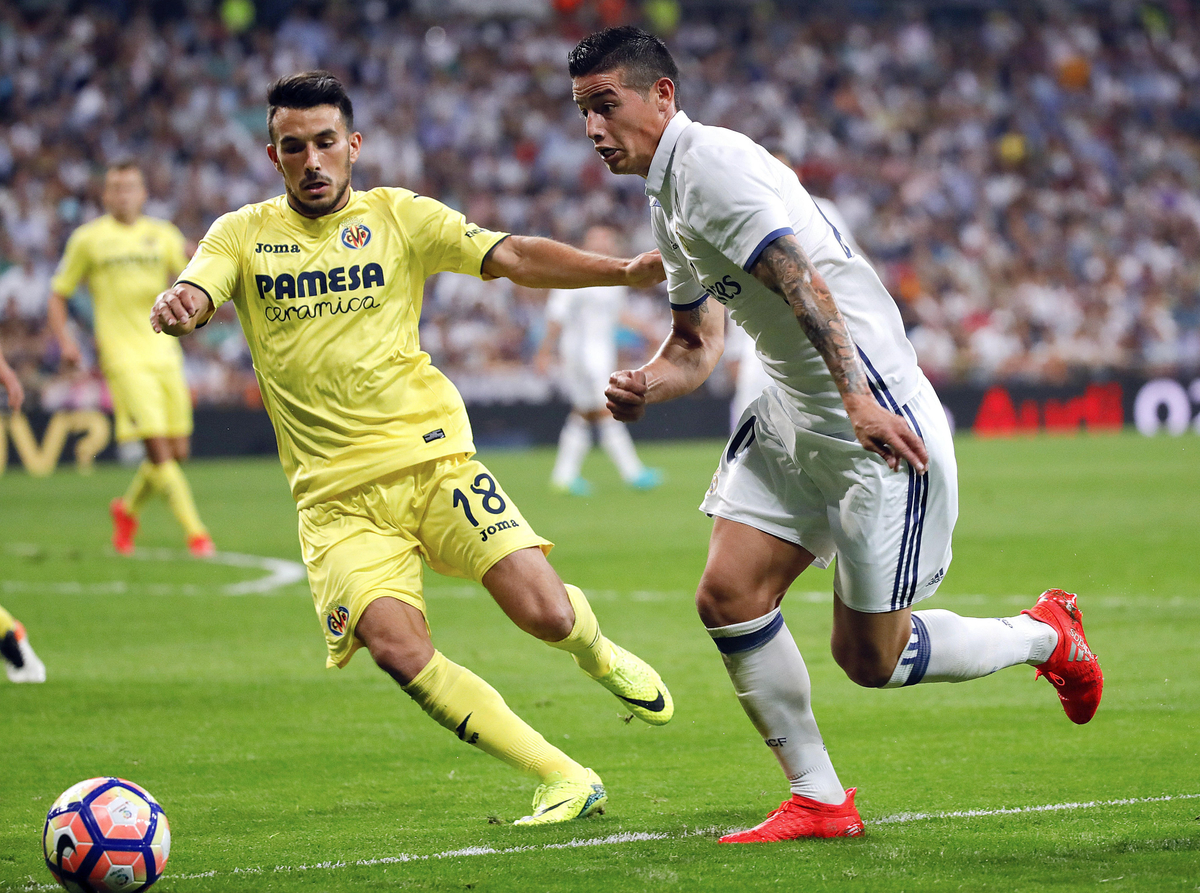 Sansone found it difficult to prove himself in Serie A on a weekly basis, despite how technically gifted he is. The 25-year-old still has a lot of years in his career to play, and with more space to roam around in La Liga, Sansone should notch 10 league goals at the minimum. The main advantage for the attacker this season is that he will be playing for a side that will dominate most teams in La Liga and will pile the pressure on the big guns, whilst it would be very different during his time at Sassuolo.

When it comes down to Sansone’s strengths, he has a lot which hasn’t been recognised already. Quick feet, incisive on the ball and sharp awareness are the main strengths he posses to get passed any defender with ease. Although he’s not recognised as one of the strongest players on the pitch, defenders have found it very difficult to knock the ball of him.

The 5ft 6 attacker has an exceptional hold up play as well as having the vision to pick out a pass from small spaces. Sansone isn’t afraid to shoot from distance, scoring a few screamers in recent years and can confidently do so with both feet. One of his best performances came against his old club Parma in March 2015, scoring twice in the first half to help Sassuolo stay clear from the relegation zone.

Now looking at his weaknesses, Sansone needs to improve on his decision-making in the final third of the pitch, although he loves shooting but from time to time a pass to his team-mate would be a better option. The Italian hitman completed 39 shots from outside the box in Serie A last season, only on two occasions it paid off and ended in the back of the next.

Following on from this, Sansone needs to work towards a high level on a more consistent basis, which he struggled to do so at Sassuolo. In the modern game, wingers are expected to contribute more towards the side’s goals, and with Sansone managing six goals and five assists last season, it would not be enough from a player who is capable of doing much better.

As a winger, Sansone prefers to play on the left side to then cut into his right and bring the play into a central area. He is quite comfortable in tight spaces, having the ability to keep the ball under control effectively. He can prove to be very dangerous from set-pieces; one goal Sansone will surely remember is his inch-perfect free-kick against Juventus last season.

The variety of positions the 25-year-old can play is evident that he is a massive threat anywhere in the final third of the pitch. As mentioned before, movement and sharp awareness are the key abilities in Sansone’s game, receiving several praise and compliments to one of the best players in the world, Lionel Messi.

Few months ago, Sansone stated in an interview that Roberto Baggio was his idol whilst growing up and Franck Ribery was his role model during his youth days at Bayern Munich.

Sansone’s goal-scoring record has not been impressive at Sassuolo, highest in one season being seven league goals, but the Italian has made a speedy start in Spain. Moving to Villarreal at the right time looks to be getting the best out Sansone, who has already scored four goals in six appearances.

Villarreal coach, Fran Escriba, has taken the advantage of ex-manager Marcelino Garcia Toral’s fantastic transfers over the summer. The Yellow Submarines had a bit of trouble in front of goal last campaign, scoring 44 league goals just two less than 16th place Granada. Luckily for Villarreal, the side had a solid defence which conceded only 35 goals.

Escriba didn’t have enough time to bring his own recruitments as he was appointed as the club’s manager half way through August. Although Marcelino had a few problems with the board, he realised the arrival of Roberto Soriano and Alexandre Pato at the El Madrigal over the summer wasn’t going to be enough, so the 51-year-old went to buy Sansone before anyone else could. According to reports from Spain, the main problems between Marcelino and the board of directors was linked with the negotiations of potential signings.

With Roberto Soldado and Cedric Bakambu sidelined for quite some time, Sansone has had enough games to settle into La Liga and aim to make this season the best one so far in his career. The 25-year-old’s consistency will be something the player will want to work on, an area that hasn’t been improved on since moving to Sassuolo in 2014, but could all change at Villarreal under Escriba.

Completing seven appearances for the La Liga side already, Sansone has a long career ahead of him and the way he has easily adjusted to Esrciba’s system has been one of the few positive talking points regarding to Villarreal’s unbeaten start to the campaign.

Escriba has already been impressed by Sansone’s instant impact this season, especially the brace he scored recently against Real Sociedad, as the manager revealed his own thoughts about the attacker: “He has a lot of resources and I’m sure that the second goal will be shown all week long.”

With a lot of important fixtures coming up for Villarreal very soon, the Italian international will be hoping to continue his goal-scoring form, which could help the side to push for a high finish in the league similar to last season.

Considering the abilities he can offer, which makes the £11 million fee for Sansone a fantastic piece of business done by Villarreal, the club could go on to making double the money in two or three years time. A player who is tactically flexible as well as offering pace, creativity, vision to the team, will be prepared to pounce on any chances he gets.

Although it is still early days in his career at El Madrigal, Sansone is already proving to be a bargain for Villarreal.