With Zinedine Zidane proving to show a lot of faith in the youth players during the pre-season, individuals like Marcos Llorente will hope to benefit from a loan spell before making his breakthrough into Real Madrid’s first team.

Since the Frenchman’s reign as Real Madrid manager, he has managed to get the squad into his style of play and looks to be building an effective long-term plan for the club. Not buying a Galacatico over the summer comes as a surprise, but with Real Madrid undefeated in the league so far it seems like Zidane has done the right thing.

Going back to Llorente, he is without a doubt one of the many young talents to look out for this season.

At the age of 13, Llorente joined the youth academy at Real Madrid and spent just over six years at that level progressing to the club’s reserve team. Marcos isn’t the only one from the Llorente family to play for Real Madrid with his father, Francisco Llorente, winning three league titles with the La Liga giants during his seven years at the Sanitago Bernabeu.

It doesn’t stop there as Marcos’ great uncle, Francisco Gento, who completed over 400 appearances for Real Madrid, is regarded as a club legend as well as one of Spain’s greatest players of all time. So it’s true, Marcos has a lot of family that are related to Real Madrid and he’ll surely know by now that big things are expected of him.

Once he was announced as the coach of Real Madrid’s B team, one of the very first decisions made by Zinedine Zidane was promoting Llorente from the under-19 squad. In August 2014, he made his senior debut in the Madrid derby, despite the Rojiblancos taking all three points from the third division fixture. Llorente completed the season with 25 appearances to his name as the team finished in sixth place.

His first year with the reserves went well, leading him to a call up to represent Spain at under-19 level midway through the campaign. Llorente made his debut for the national team in a friendly match against the Netherlands, he played the full match as his side came out on top. He was also in the Spain under-19 squad that took part in the 2014 UEFA European Championship elite round, however they were eliminated during the group stages.

The 2015/16 season was fantastic for Llorente and not many would have predicted the outcome going into the campaign. Ahead of the pre-season, Rafael Benitez selected the defensive midfielder to be part of the main team squad as he featured against Manchester City and Inter Milan. Whilst spending most of his time with the B team, Llorente was chosen in the La Liga matchday squad on seven occasions, making two appearances off the bench versus Levante and Las Palmas. 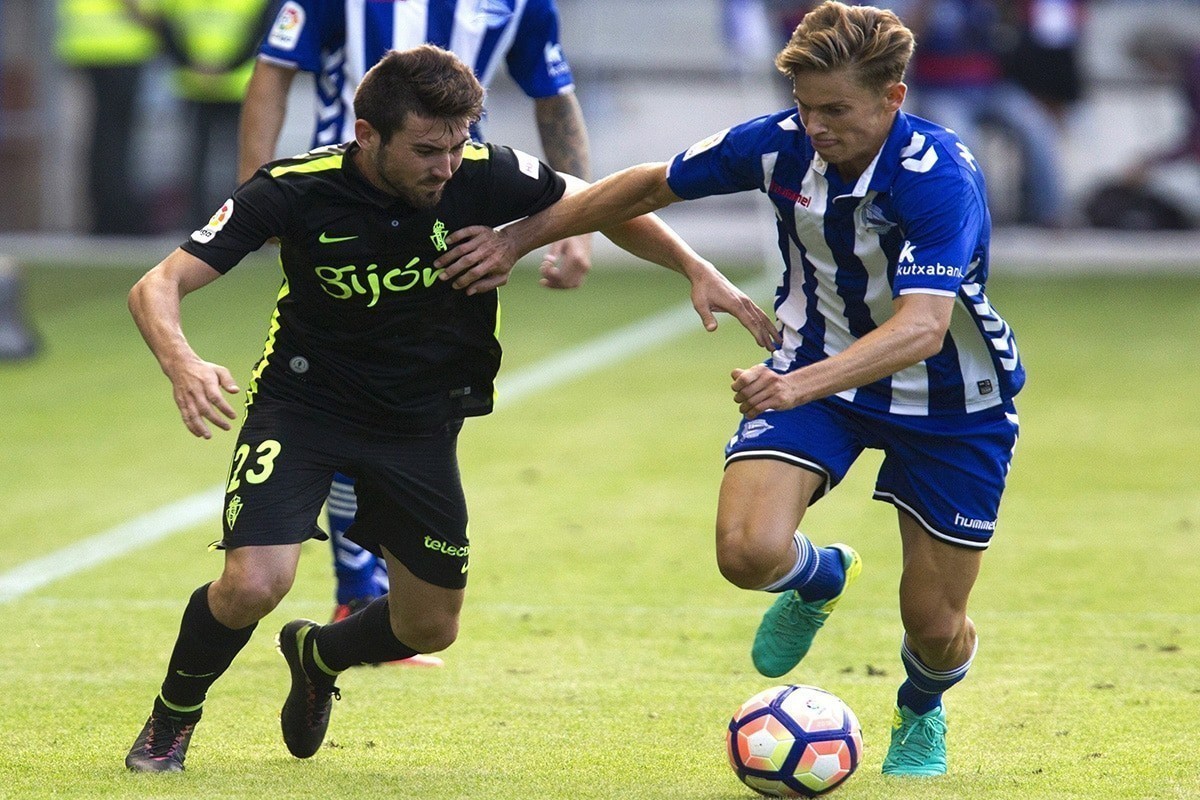 Considering he is only 21-years-old, Llorente is very strong and mature for his age. He is a very good tackler, a comfortable individual in possession and has great awareness of the opposition players within the dangerous areas of the pitch. Although he isn’t regarded as one of the tallest players on the field, Llorente is dominant in the air and enjoys chasing every loose ball.

In general, he likes to pick players up in the final third through successful long balls. On the attacking side of his game, Llorente has a powerful shot on him and isn’t afraid to let one fly from distance.

Going through the weaknesses of Llorente is not easy, since he needs to keep playing regular football which he is doing so at the moment. Keeping in mind that this is his first full season in La Liga, the areas that he needs to improve on will be much clearer once the campaign is over.

Admitting that he has a knack for going forward, Llorente can also be used in the Regista role as well as a box-to-box midfielder. He was regarded as an individual who was too little and too weak to defend during his youth career, but he has impressively developed whilst playing for Real Madrid’s B team.

In an interview with Marca, Llorente mentioned that he bases his game on role model Xabi Alonso and his uncle/agent, Julio Llorente, has told him to learn from the Spanish maestro.

Llorente is having a wonderful time with newly-promoted Alaves, being a regular starter for the team and has only missed one league game so far this campaign.

Standing at 5ft 11in, Llorente played a vital role towards the sides 2-1 upset against Barcelona at the Camp Nou. Whilst playing the whole match, the Spaniard completed six tackles and one key pass.

He also registered his first ever La Liga assist against Granada, with his direct ball luckily reaching Victor Camarasa before he slotted it into the back of the net. The game resulted in a 3-1 victory for Alaves as Llorente produced more tackles (eight) than any other player on the pitch.

Early October, Llorente was picked for the Spain under-19 squad ahead of the UEFA European Championship qualifiers and he went on to making his full debut in a 5-0 win over Estonia.

Unfortunately for the Real Madrid academy graduate, he won’t be able to play against parent club at the weekend due to a clause in his contract prohibiting him.

The 21-year-old is hoping to find a similar path to the first team like Marco Asensio, who spent the previous campaign at Espanyol and is now a key gem for Zidane this year. Llorente will aim to complete his spell with Alaves at the highest level before he competes with Casemiro for the defensive midfield role in the starting eleven next season.