This weekend’s La Liga action was dominated by talk of two horrible injuries – one to Barcelona’s Aleix Vidal, who dislocated his ankle, and the other to Osasuna’s Tano, who suffered a double leg break.

All of the top five won, strengthening their hold on the European places, while Villarreal could only draw.

The scoreline may have suggested total domination for Barcelona as they played Alavés in a rehearsal for the Copa del Rey final.

But they struggled to break the Basque side down and could have gone behind early on after Theo Hernández produced a lung-busting run and shot which forced Marc-Andre ter Stegen into a fine save.

But eventually Barça wore them down and a lovely passing move saw Vidal cross for Luis Suarez to fire home in the 37th minute.

They doubled their lead before half-time when Neymar tapped in from close range.

Lionel Messi got a third after the interval, which opened the floodgates, and the Argentinian was involved in Barça’s fourth, forcing Alexis to put the ball into his own net.

Ivan Rakitic got the fifth with a fine strike from inside the box, before Suarez got on the end of a rebound to seal Alavés’ humiliation.

READ MORE: ALEIX VIDAL: A CRUEL TWIST OF FATE FOR THE BARCELONA FULL-BACK

But the game was marred in the closing stages when Theo’s poor challenge on Vidal ended with the visitors’ right-back going off on a stretcher with a dislocated ankle.

“I’m really pleased about our overall display. However, I am disgusted with Aleix’s injury, but how it happened and what it means for him,” said manager Luis Enrique.

“Against an opponent that sits back and is well organised, you ought to dominate the game on many levels, which we did, both with and without possession of the ball.”

It was the perfect way to prepare for the trip to Paris St-Germain on Tuesday.

The Barcelona victory may have taken them temporarily above Real Madrid, with Zinedine Zidane’s side playing later in the day, but there was never much doubt they were going to reclaim the top spot after their match at El Sadar.

The early stages of the game were marred by a horrific injury to Osasuna defender Tano, whose suffered a double leg break in a clash with Isco.

“We clashed knee to knee, “ said Isco after the game.

“I’m very sorry, the collision was accidental, I wish him a speedy recovery.

“I noticed the severity of the issue once his team-mate started yelling ‘tibia and fibula’.

“It was so chilling I was unable to look at it.

Cristiano Ronaldo gave Los Blancos a first-half lead, with a finish that Salvatore Sirigu probably should have kept out.

But they were pegged back through Sergio León, whose chip over Keylor Navas showed why he surely won’t stay at Osasuna if they are relegated this season.

Sirigu then made one of the saves of the season from Karim Benzema before half-time, atoning for his earlier error.

After the break, Navas pulled off a spectacular save to keep León out from the edge of the box.

A Danilo injury forced Madrid to switch from three to four at the back, and after that change, the visitors seemed in complete control.

Isco pounced on a loose ball on the edge of the area, firing across Sirigu to make it 2-1.

And substitute Lucas Vázquez made it three late on with a neat chip over the Osasuna ‘keeper.

Yet another late goal for Sevilla – albeit a slightly earlier one than they usually get – clinched victory for Jorge Sampaoli’s men in a tricky away tie at Las Palmas.

Substitute Joaquín Correa got the goal in the 80th minute after a long kick from Sergio Rico was headed on by Vicente Iborra.

It was the first league defeat Las Palmas had suffered at home all season.

15 – Sevilla are the side with most points won with goals scored in the last 15 minutes of games in La Liga this season. Tenacity. pic.twitter.com/JZNNYDooJc

And the result saw Sevilla return to winning ways after a loss at Espanyol and a draw against Villarreal had seen them slip down to third.

The result was harsh on Las Palmas, who tested Rico on a number of occasions, the pick of his saves coming from Jesé, who made his first start since arriving on loan from Paris St-Germain.

Celta took the lead after five minutes after Miguel Ángel Moyà inexplicably punched the ball at Gustavo Cabral from a corner.

Fernando Torres then equalised six minutes later with one of the goals of the season.

The 32-year-old received the ball just inside the box, flicked it up and produced an absolutely outrageous overhead kick to lob Sergio Álvarez in the Celta goal.

Was @Torres' wonder goal v @rccelta_oficial the best of his career?

As has been the case for Torres so often in recent years, his step forward is followed by one back.

He then missed a penalty, smacking it against the bar, before half-time after Yannick Carrasco was brought down in the penalty area.

John Guidetti swept Celta in front after the break, getting on the end of a lovely passing move and making up for a horrendous miss just minutes earlier.

Just as it looked like Atleti were going to lose ground to Real Sociedad in the race for fourth, Carrasco produced a sensational volley from the edge of the area to draw the tie level after 86 minutes.

And just two minutes later Kevin Gameiro headed it down to Antoine Griezmann who snatched the victory late on.

Atleti have now missed six of their nine penalties this season, which boss Diego Simeone rued after the game.

“We would be so good if we scored our penalties,” he said.

“Yet you cannot train for them unless you bring along 30,000 or 40,000 people, because otherwise it isn’t the same situation.”

Real Sociedad temporarily moved into the Champions League spots as their brilliant season continued, when they beat Espanyol on Friday night.

Despite losing top scorer Willian José to injury early on, the visitors took the lead in the 26th minute, when Carlos Vela got on the end of a brilliant Iñigo Martínez pass to slot the ball home. 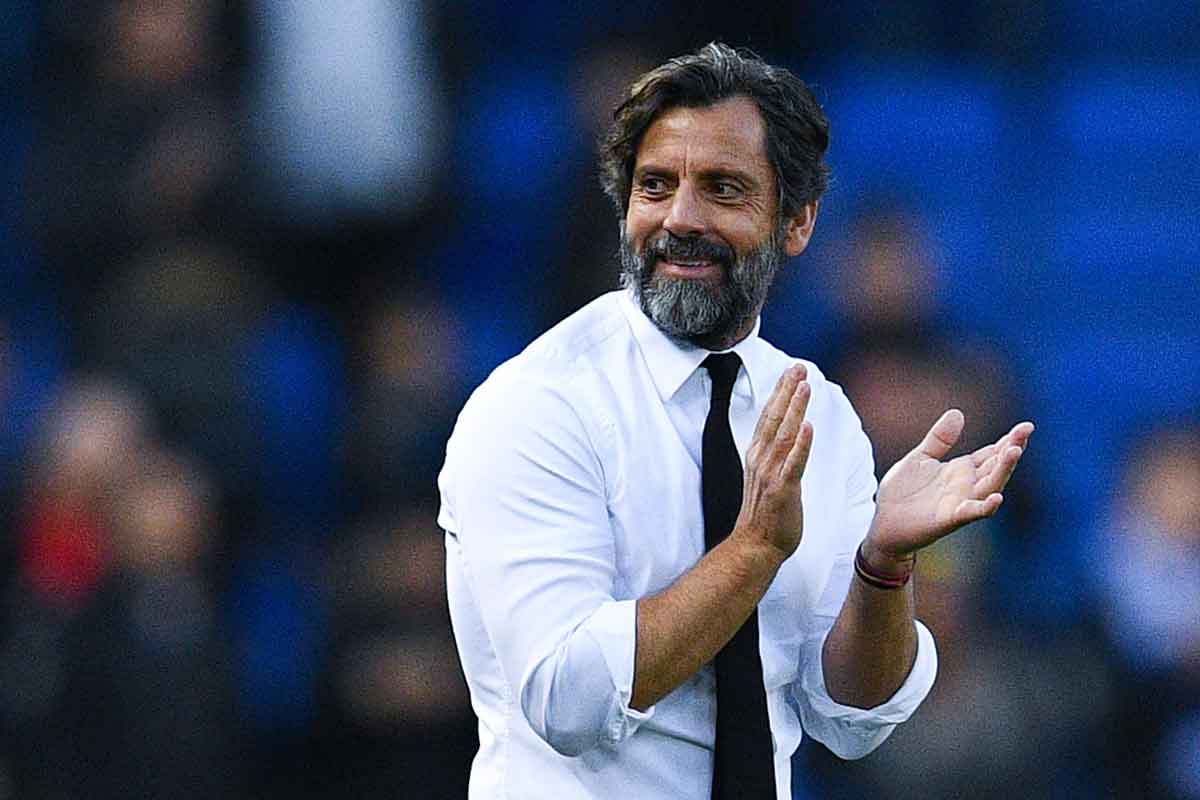 Espanyol were level less than five minutes later though when Hernán Pérez powered home after a run that left La Real’s defenders flying all over the place.

But a moment of magic from Asier Illarramendi clinched victory in the 61st minute.

It was a brilliant solo effort, picking up the ball on the halfway line before unleashing a wonderful curling effort from 25 yards out which found the top corner.

Villarreal’s Champions League hopes look all but dead and gone after only managing a draw with Málaga at the Estadio de la Cerámica.

It was yet another lunchtime kick-off for the Yellow Submarine and they never quite seem to find their intensity during the early starts.

Málaga took the lead in the first half when Charles caught Villarreal’s defence napping to head past Sergio Asenjo before half-time.

The away side should have had a penalty after the break when Manu Trigueros pulled down Charles in the six-yard box, but referee Iñaki Vicanti Garrido was wrongly having none of it.

MCFNews| Romero: “We’ve had three games conditioned by goals or penalties that shouldn’t have been”🎙➡️https://t.co/lF9dsAvZcC

Vicanti Garrido then gave Villarreal a soft penalty, which Bruno Soriano converted, after Nicola Sansone fell in the area.

And just to compound the referee’s nightmare game, he harshly sent off Villarreal’s Roberto Soriano for tripping up Ignacio Camacho.

Villarreal are now six points off Atleti in fourth, and may need to start looking over their shoulder – Athletic Bilbao are just one point and a place behind them in seventh.

Athletic Bilbao fought from a goal back to beat Deportivo and keep their European dream alive.

Emre Çolak opened the scoring just before half time with a long-range right-footed effort that gave Gorka Iraizoz no chance whatsoever. 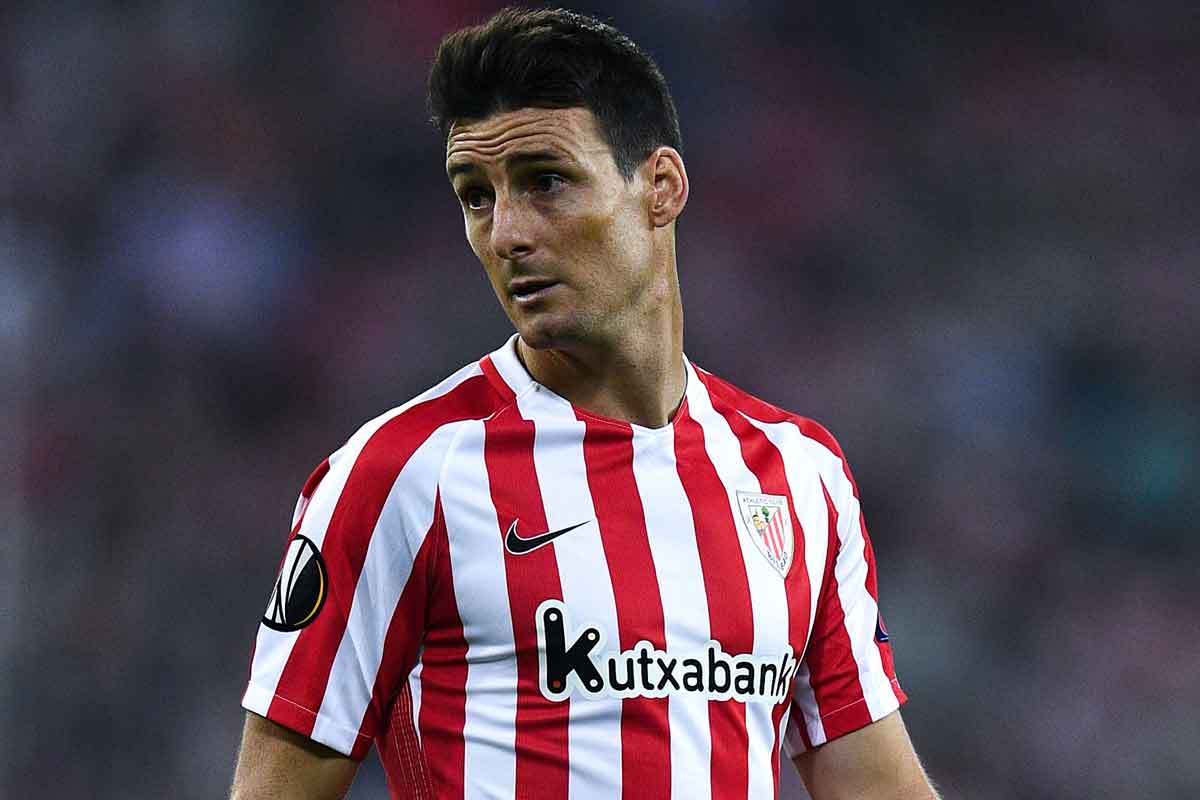 It looked like it may be a frustrating day for Ernesto Valverde’s men when Raúl García’s header cracked off the bar.

But Iker Muniain got on the end of a rebound after Aritz Aduriz had a header saved by Przemysław Tytoń, before Aduriz himself got the winner in the 90th minute with a neat chipped finish after Markel Susaeta had broken into the area.

Real Betis were unable to quite get the breakthrough against struggling Valencia at the Estadi Benito Villamarín.

Ruben Castro hit the woodwork in the first half, before Petros did the same after the break.

The match was most notable for a t-shirt protest by Betis’ players before kick-off, who stepped onto the pitch before the game wearing tops with a message saying ‘We are all Zozulya.’

It was in reference to the furore surrounding Roman Zozulya’s transfer from Betis to Rayo Vallecano.

He was sent back to Betis after Rayo’s supporters mobilised to ensure their club didn’t allow Zozulya to play for them because of apparent neo-Nazi links.

Sporting Gijón picked up a crucial win at the bottom of the table to move them just two points behind 17th-placed Leganés.

After an hour of not particularly great action at the Estadio Butarque, Roberto Canella grabbed the opener after 66 minutes, with his long-range effort slipping through Iago Herrerín’s fingers.

Substitute Burgui, on loan from Real Madrid, then was set free in a late counter-attack to slot home.

It was Gijón’s first victory since December 4, while Leganés are now without a win in 12 matches in all competitions – it won’t get any easier next week when they travel to the Camp Nou!