The Champions League has barely ended and yet these teams are back in action already in the qualifiers. Who will win? Find out with our La Fiorita vs Inter Club d'Escaldes match preview with free tips, predictions and odds mentioned along the way.

The best Inter Club can hope for is a draw

Games like this don't come around that often and whoever advances to the next round has the opportunity to write some real history for themselves and their clubs. They should leave it all out on the grass and that means it should be a good game.

La Fiorita are coming off a fantastic season; they defeated Tre Penne in the Campionato Sammarinese playoff final to win their seventh league title. La Fiorita will take on Inter Club D'Escaldes on Tuesday; it'll be interesting to see how they'll fare against the Andorran side.

Despite having a poor run of form towards the end of their campaign, Inter Club D'Escaldes managed to win the Andorran Primera Divisio title; this was their third consecutive league title, having had no titles before that. Inter Club D'Escaldes will travel to the Vikingsvollur Stadium in Reykjavik; they'll hope to get past La Fiorita in their quest for a UEFA Champions League spot.

A quickfire FAQ on La Fiorita vs Inter Club d'Escaldes 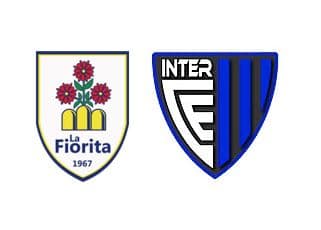