Kwara United hosts Katsina United in an NPFL duel on 5th June 2022. This game is important for both sides. On one hand, Kwara is fighting to finish in top three and on the other, Katsina is fighting against relegation. Read on to find out more.

Kwara United is 6th on NPFL table while Katsina sits in 14th place. Our best two tips and predictions for this game are as follows:

We expect goals on both ends of the pitch in this game. Kwara United may have the home backing in this game but the hosts have been shaky at the back. For example, Kwara United failed to keep a clean sheet in 15 of their last 16 matches. It is a show of a shaky defence and which we think will cost the hosts at least a goal in this match. On the other hand, Katsina scored in 7 out of the last 10 games.

Our second tip for Kwara United vs Katsina United is a draw. These teams haven’t draw in the only 7 previous duels between them. This could be the first draw. It is unlikely that Kwara United will lose this game but we also expect them to concede at least a goal after a poor defensive showing. On the flip-side, the visitors have more clean sheets in the last ten games than Kwara. A draw is a very likely outcome in this fixture.

Find out how these teams performed recently, in previous duels and where to place your bets on the highest odds in the tables below.

While Kwara United lost three games in the last five, Katsina lost twice in as many run of previous games. Interestingly, there has never been a draw in the previous meetings between these teams. The 7 encounters saw Kwara United bag 5 wins while Katsina recorded 2 wins. It means the hosts have been the dominant outfit in this game. But whether they can keep that strong performance going against Katsina is a matter of how they perform defensively in this match. With only one clean sheet in the last 15 games, Kwara United is undoubtedly a vulnerable team defensively in this game.

And while the hosts have not lost at home after 12W and 3D, it is hard to hand them a clean sheet win in this game. However, they should have a narrow advantage over Katsina due to home support but a clean sheet win could be hard to come by. On the flip-side, Katsina is ranked 18th on away performance. The visitors haven’t won a game on the road after bagging 2D and 14L in 16 trips. 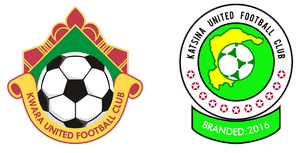 Where will the game be played?

What is the kick off time for the NPFL match?

How many goals have these teams conceded so far?

Kwara has leaked 37 while Katsina has conceded 33 goals so far.