Picture the scene. Several of Europe's elite clubs are interested in signing you but they're reluctant to go all in because of persistent rumours suggesting the wages you're paid help fund the North Korean government.

No, this isn't a plot for Goal! IV, it's the life of Kwang-song Han.

The 19-year-old Cagliari attacker is a Juventus, Tottenham Hotspur and Liverpool transfer target, according to reports. He spent the first half of the season on loan with Perugia in Serie B before his parent club recalled him on deadline day.

Many Italian outlets claimed the Serie A side cut short the loan move because he was set to be sold. The player's agent, Sandro Stemperini, name checked the trio of clubs in a recent interview: “Liverpool were seriously interested. After he moved to Cagliari, already in an Italian club, they did not come back, no. Now I know nothing about it.

“Officially, I did not have a call from Tottenham. But there are several offers from Germany…it’s normal that several clubs ask about him.

“Because he is a youngster that is playing very well and is being watched by Juventus, an important club, it’s normal for everyone to talk to me. But officially, from Tottenham, I do not have a call.”

It's easy to understand why so many clubs are taking a closer look at the striker. Kwang-song was in excellent form for Perugia, netting seven goals in 17 appearances, including a hat-trick on his Serie B debut.

He's deceptively good in the air. Despite standing at just 5ft 11ins, his leap enables him to beat many defenders. And for someone so young, he's managed to perfect the timing of his runs onto the ball so that he's able to generate an absurd amount of power into his headers.

He's an unnerving finisher and it's mainly down to his technique.

While on loan with Perugia he struck a goal similar to the Paolo Di Canio scissor-kick volley against Wimbledon. However, it wasn't identical. While the Italian cut across the ball with the outside of his right foot to arrow it across goal, Kwang-song opened up his body to almost side foot the ball past the outstretched keeper.

It was an under appreciated world class goal and the fact he had the presence of mind to even attempt it shows he is a special talent. It's not something you try on a whim. It's a delicate skill that not many could execute.

It's why Kwang-song falls into the wonderkid category and under normal circumstances he would have been snapped up by a European powerhouse already.

Interested clubs, however, have a dilemma. A moral one.

North Korean laws dictate that the wages of any citizen working outside the national borders belong to their government. Kwang-song may have left the country to join the Cagliari youth academy in 2015 but he's still a citizen of North Korea. Therefore, by paying Han's wages, the Serie A side are indirectly funding an enemy state

The Italian club are adamant they pay Kwang-song's wages directly to him but the player himself is free to do what he wants with the money…so long as Kim Jung-un approves.

It's believed his contract, which keeps him with Cagliari until 2022, sees him pocket around €12,000-per-week. Abiding by the laws of his birth country becomes a problem if he fulfils his potential and is one day, for example, earning €200,000-per-week.

The 19-year-old is currently playing for Olbia Calcio in Serie C and La Viola hoped to make him a part of their first-team squad. The deal was stopped after accusations that they would be funding North Korea's nuclear weapons programme by paying his salary.

Brands, even more so than ever before, are important to clubs. The image they portray is what attracts players, investors and sponsorships. 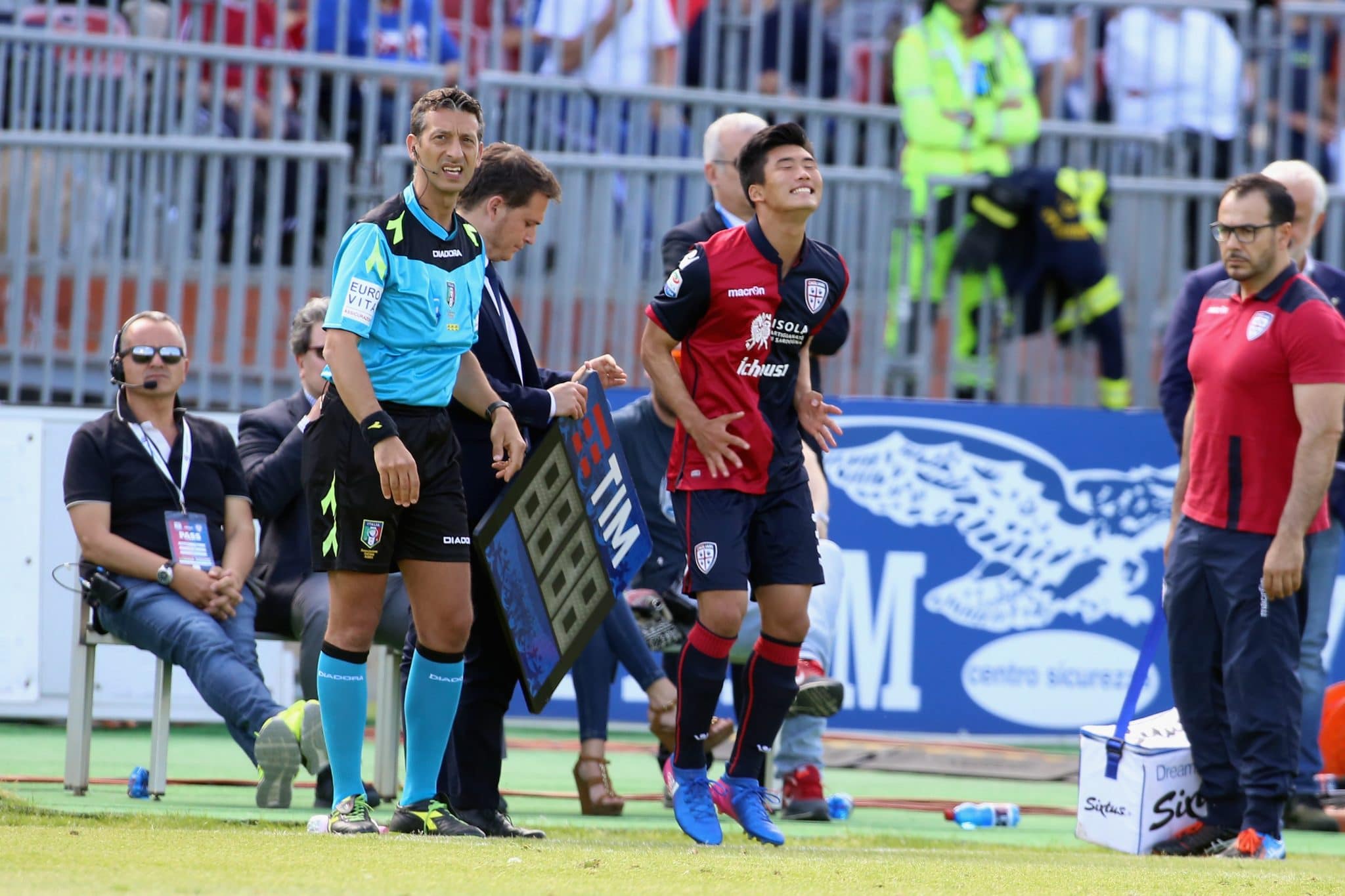 Even if they aren't directly involved with North Korea, the murky uncertainty surrounding where Kwang-song's wages really go will no doubt put teams off investing in him. There will always be an asterisk next to his name.

The dictator wants to make North Korea a footballing superpower and sees Kwang-song as the poster boy for it. Kim Jung-un is already flexing his influence over the teenager.

Earlier in the season, Kwang-song was invited to appear on sports show La Domenica Sportiva. But just hours before the striker was due to drive up to the television studio in Milan, he received a call and the appearance was cancelled.

“A call from a not very clear ministry figure arrived and it blocked everything,” Perugia president Massimiliano Santopadre told La Stampa. “Negotiating was impossible because Pyongyang want to talk only and exclusively with Han.

‘The situation with their government has become even more rigid and their footballers have been prohibited from appearing on TV, otherwise they would have repatriated him. Han is scared.'

Kwang-song is still a prisoner to the North Korean dictator despite being over 5,000 miles away. Kim Jung-un, in trying to make his country relevant in the footballing world, could well be depriving Europe of a sensational, generational talent.