Khimki travels to the Krasnodar Stadium for their next Russian Premier League fixture. The hosts are in fine form after dispatching Ural 3-0 on the road and will look to make it two wins in two outings against Khimki.

Zenit gave a rude wake-up call to Khimki, coming back from a goal down to win 1-3. The Red-Blacks affairs will again be put to the test against Krasnodar, who impressed on the road with a 0-3 win over Ural. It was a one-sided affair the last time these outfits met, and we expect the Bulls to exact a similar result against Khimki.

For a brief five minutes, Khimki faithful believed. They had taken the lead against Zenit and would have wanted to register a surprise victory over them. However, the champions rallied together and sent three against them. As Khimki prepare for their next fixture, Igor Cherevchenko will at least be secure in the knowledge that his side can score. It remains to be seen how they match up against the Bulls who scored thrice on opening day. No matter the result, one thing is for certain that both Krasnodar and Khimki will trouble the scorers.

The last time Khimki made the trip to the Krasnodar Stadium, they suffered the ignominy of a 7-2 defeat. With the hosts sending three past Ural and they themselves losing 1-3 at home, this fixture is poised to be another high-scoring affair. Viktor Goncharenko will want his Krasnodar charges to secure another stomping result and this fixture should finish with an Over 2.5 goals scoreline.

Krasnodar vs Khimki: Check out the best odds and the latest stats

Match Preview of Krasnodar vs Khimki

A tenth place finish would not have sit well with the Krasnodar faithful. Viktor Goncharenko would have been given the orders to improve on the results or face the axe. The manager has delivered in his first assessment and the affairs at the Krasnodar Stadium are looking bright. Tonny Vilhena's all-around performance would have delighted the fans and it remains to be seen how Goncharenko get the most out of the Dutch midfielder.

Khimki are winless in their last seven games, losing the last five in succession. Igor Cherevchenko needs to address their slide, and the pressure is building after their 1-3 defeat to Zenit on opening day. The only good thing to come out of their defeat was Ilia Kukharchuk's performance. The Russian forward in the last year of his contract opened the scoring with 28 minutes on the board and was a constant threat to the champions.

Questions About Krasnodar vs Khimki 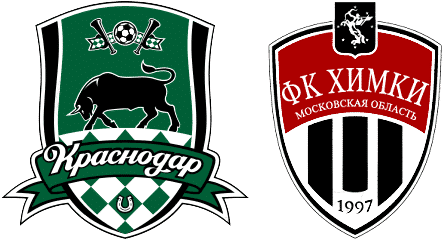 Where is the game being played? Krasnodar Stadium.

Which team is the favourite to win? Krasnodar.