Ahead of the weekend, Bayern Munich president Uli Hoeneß boldly declared: “The boredom in the Bundesliga comes soon enough.”

The former forward's powers of prediction evidently aren't all that.

What followed was a humiliating 5-1 defeat at the hands of coach Niko Kovač's former side Eintracht Frankfurt. Even taking into account the ninth-minute dismissal of Jérôme Boateng, it was a humbling result for the champions.

By Sunday evening, Kovač's year-and-a-bit in charge at the Allianz Arena was over.

The former Bayern midfielder has been under pressure virtually from the moment he succeeded interim coach and Bayern legend Jupp Heynckes. In fact, it was only because the 74-year-old could not be persuaded to stay on he got the gig.

Following a man who had been Bayern boss four times, winning four Bundesliga titles, the Champions League and four domestic cups, was always going to be an unenviable task.

Even winning the domestic double in his solitary was only enough to ensure Kovač saw out the campaign. Speculation was rife he would be sacked throughout his only full season and, according to The Athletic's Raphael Honegstein, successors were sounded out ahead of the DFB-Pokal final which Bayern duly won against RB Leipzig.

Dominating domestically is a given when you're Bayern coach, but Kovač – despite playing 51 times for Die Bayern – lacked the natural presence and authority to be the figurehead of a club unofficially nicknamed ‘FC Hollywood'.

Tactically limited, he lost the backing of the squad last season and on more than one occasion it looked as if he would be relieved of his duties before the Winterpause.

There are many more deep-rooted issues at Bayern but Kovač is the fall guy and has played the role to perfection. The 48-year-old's failings were not his fault alone. 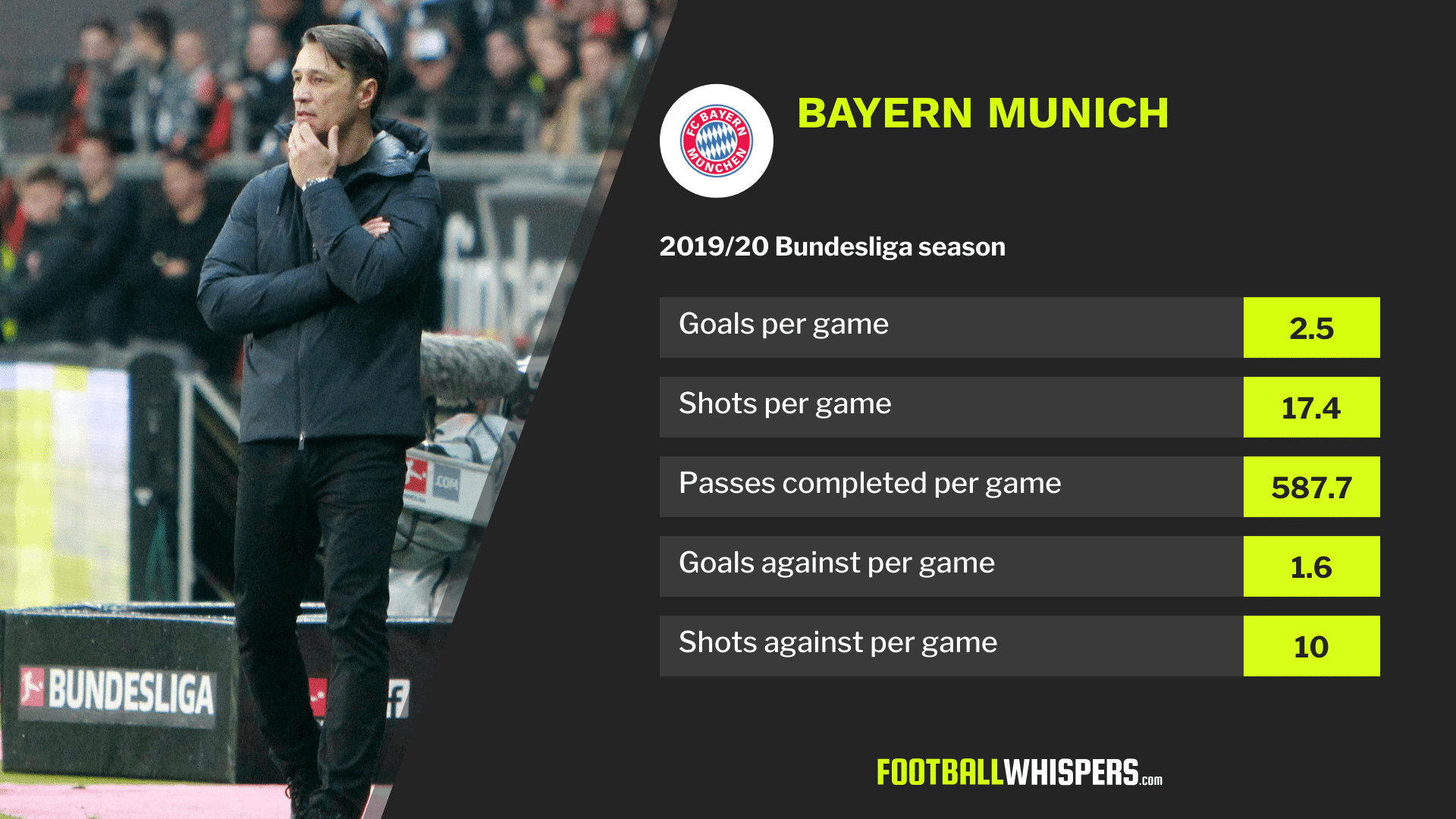 Above all, Bayern's shortcomings in the transfer market hampered them. Manchester City attacker Leroy Sané was their – very public – first choice to bolster the attack this summer. But when the 23-year-old was struck down with a serious knee ligament injury in the Community Shield, Bayern panicked.

It wasn't until August 13, three days before the Bundesliga season kicked off at home to Hertha Berlin, that Bayern signed Ivan Perišić on loan from Internazionale. The Nerazzurri were only too pleased to get shot of the Croatian who, at 30, not only drew a large salary at San Siro but had struggled to find his best form since reported interest from Manchester United and Arsenal.

Four days later another panic signing followed as Philippe Coutinho joined on loan from Barcelona. While undoubtedly a fine player, the Brazilian's time in Catalonia had been an unmitigated disaster and Barça were also seeking to get him off the wage bill. So far the former Liverpool attacker has failed to ignite in Bavaria with former midfielder Stefan Effenberg claiming he lacks game rhythm.

The irony of Bayern panicking late in the window is they had, up to that point, done smart early business. Deals for Benjamin Pavard and Lucas Hernández, signed from Stuttgart and Atlético Madrid respectively, were wrapped up well in advance of the summer transfer window. 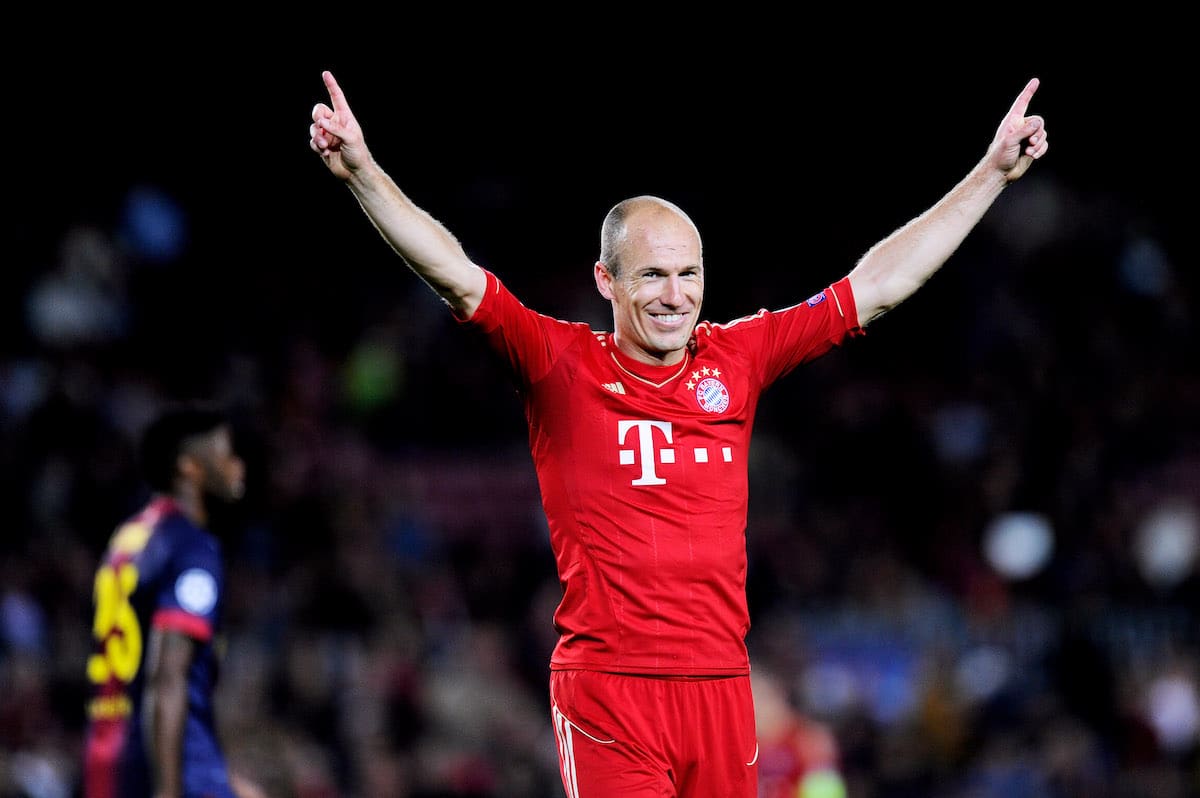 It wasn't like Bayern's need for a young attacker was a surprise either. With Arjen Robben and Franck Ribéry both in their late 30s, Bayern had been making succession plans for the iconic duo for some time with Kingsley Coman, Serge Gnabry and Alphonso Davies front and centre.

But it was felt a bigger name was required to enhance an attack which is too reliant on Robert Lewandowski‘s goals. It's arguably Bayern's inherent arrogance meant their plan did not extend beyond persuading Sané to sign. Why would a young German not sign for the country's biggest club, after all?

A deputy for Lewandowski is another area where Bayern have failed Kovač. The Pole is one of the most deadly and reliable finishers on the planet. Since moving to Bavaria in 2014, Lewandowski has never hit fewer than 25 goals in all competitions and has 211 in 258 appearances. But he needs help.

For a short while, Sandro Wagner dutifully played deputy before growing bored at his lack of involvement and moving to China. It's an unenviable role and a difficult one to fill. Like Tottenham Hotspur with Harry Kane, Bayern are looking for someone good enough to deputise for Lewandowski but, equally, grateful to play for a club of their ilk without grumbling at a lack of minutes.

It wasn't just in terms of recruitment that Bayern failed Kovač though. The decision to bomb Mats Hummels out, leaving the rapidly declining Boateng as the senior back-up to Niklas Süle and Hernández, looks increasingly foolhardy now the former's season is over thanks to injury. Pavard can also play at the heart of defence but that means borrowing Joshua Kimmich from midfield to slot in at right-back.

Painful decisions will have to be made over the futures of Bayern stalwarts Manuel Neuer and Thomas Müller sooner rather than later, too. The Bayern No.1 appears to be over his injury problems but is not the keeper he once was while Müller has been linked with Manchester United for the last few weeks. While the self-styled raumdeuter hasn't featured regularly, he is an important dressing room leader – even if Kovač rather clumsily labelled him an 'emergency back-up' option.

The next appointment is going to be difficult. Immediately, Bayern need someone who will give them their swagger back and ensure their run of Bundesliga wins does not end at eight. But in the longer term, they need a coach who can transition from the old to the new.

While they have failed to reinvigorate the squad in the medium term, the likes of Pavard, Mickaël Cuisance, Jann-Fiete Arp, Davies, Hernández, Gnabry, Coman, Kimmich and co. offer hope for the future.

Mia San Mia is Bayern's club motto: ‘We are who we are'. The next coach must be the embodiment of that arrogance and lead Die Bayern back to the summit – domestically, and in Europe – but he needs the tools to do it.