José Mourinho will reportedly be given money to spend in January and the Manchester United boss has his eye on a new centre-back.

According to the Daily Record, Mourinho is prepared to sell both Phil Jones and Marcos Rojo during the mid-season transfer window and has identified Napoli's Kalidou Koulibaly as his top target.

The 27-year-old has been outstanding in Serie A yet again this season and is among the finest central defenders in Europe.

Although the report doesn't mention how much United might be willing to pay for the France-born Senegal international, he would not come cheap, with any fee likely to come close to the record outlays Liverpool and Manchester City paid for Virgil van Dijk and Aymeric Laporte respectively last January.

So, would a move for Koulibaly be worth it? 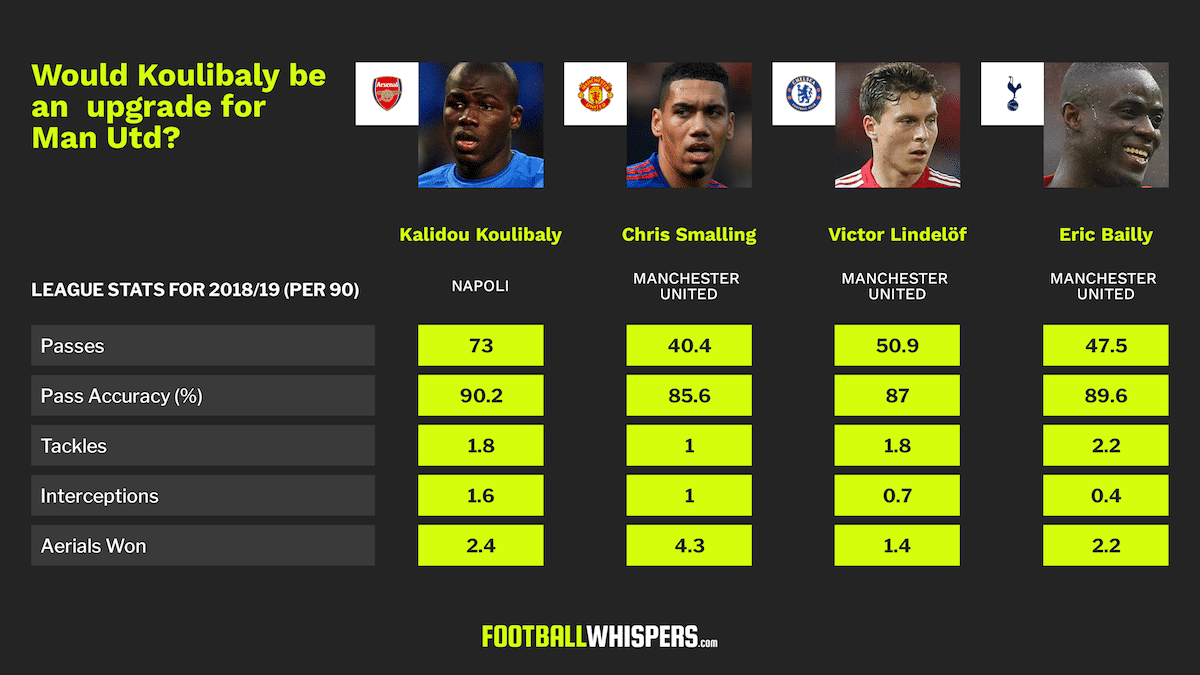 As the above graphic shows, the statistics behind Koulibaly's performances in the Italian top flight compare favourably against United's current centre-back options.

The most striking is the number of passes the Napoli star makes, and the accuracy with which he makes them, compared to his potential future positional rivals at Old Trafford.

United have been criticised for an inability, or unwillingness, to effectively build play from the back. The addition of Koulibaly, whose comfort on the ball and precise, ambitious passing is a real asset to the Partenopei, could see that change dramatically.

And his skills without the ball are equally impressive, with his 3.4 combined tackles and interceptions per 90 minutes significantly better than Chris Smalling, Victor Lindelöf and Eric Bailly's averages.

Standing 6ft 5ins, Koulibaly is physically imposing, but he is also a tremendously athletic and supremely intelligent defender. If money is no object, United should do all they can to bring him to Old Trafford.