Group B leaders Spain travel to Kosovo on Wednesday for a World Cup qualification clash in Pristina. Read our free predictions and find the best odds for the game below in our expert match preview.

Spain are favourites to claim the points in Pristina this week, though their recent defensive record suggests Kosovo should have opportunities to impact the scoresheet. La Roja have kept just one clean sheet in their last five matches and they also conceded a consolation effort when they last played the Kosovans in March. BTTS landed that evening in Sevilla and the same market is available at a price worth pursuing on Wednesday.

Spain’s World Cup qualification matches have been action-packed in Group B and each of their last four assignments in the section produced over 2.5 goals. With a fluid frontline creating numerous chances in the final third, Spain notched at least three times in two of their last three games in the group, including in their 3-1 triumph over Kosovo in March. Luis Enrique’s men have the quality to do some damage again in Pristina and backing over 2.5 goals is advised as a result.

Manchester City starlet Ferran Torres is fast becoming one of Spain’s most reliable forwards. The 21-year-old got among the goals in La Roja’s 4-0 rout of Georgia last time out and Torres has notched three times in his last six appearances for his country overall. With his influence on the rise, Torres jumps out at an excellent price in the anytime goalscorer market this week.

Spain made headlines for all the wrong reasons last week when they were beaten 2-1 by spirited Sweden team – a result that saw them lose a World Cup Qualification fixture for the first time since 1993. La Roja bounced back in typically bullish style with a 4-0 win over Georgia, though they will need to keep the good results coming to hold on to top spot in Group B this week.

Kosovo meanwhile, needed a last-minute leveller from Vedat Muriqi to snatch a point at home to Greece last time out. The result kept the Kosovans in third spot, though a sizeable gap has already opened up between themselves and Sweden in second place. Kosovo have only won one of their last six competitive tests at home and they should find the going tough again when a high-calibre Spanish team visit this week. 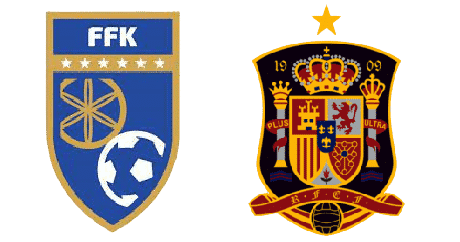 Wednesday’s game will be played at the Stadiumi Fadil Vokrri.

Spain beat Kosovo 3-1 when the teams last faced off on March 31st.