After successive defeats against Sweden and Spain, Kosovo will want to get back to winning ways against underdogs Georgia. The visitors have lost five of their six qualifying fixtures and look out of their depth as they travel to the Stadiumi Fadil Vokrri.

Here are our predictions for Kosovo vs Georgia.

After claiming four wins from five fixtures, Kosovo has gone three matches without a win in their bid for the 2022 World Cup qualification. The Dardanians will fancy their chances of getting back to winning ways against Georgia, who have lost five matches in succession. With a 0-1 win in their last meeting with the Crusaders, we are backing Kosovo to claim the three points on offer.

Kosovo has only managed three goals in their last five matches, while the tally for Georgia stands at one strike in the same period. Their last meeting in September also finished with an underwhelming Under 2.5 total goals and we are expecting a similar result as they face off in this meeting.

Goals have come at a premium for Kosovo, who have failed to get on the scoreboard in their last two international outings. The matters have been direr for the visiting Georgia, who have only managed one goal in their last five matches, accruing four clean sheets to their rivals. With both sides have trouble getting on the scoreboard, their woes should continue in this fixture and both teams will not be scoring.

Kosovo vs Georgia: Check out the best odds and the latest stats

Much was expected from Kosovo but they have struggled to give a good account of their abilities. They are in the battle with Georgia to avoid bottom-placed rankings while Spain, Sweden and Greece fight for qualifying honours. Milot Rashica and co. need to step up their productivity against the Crusaders to complete the double.

After going down fighting in their last duel, Georgia will fancy their chances against Kosovo. They have fared better than their rivals at the back, conceding one goal fewer while still awaiting their first win of the qualifying campaign. However, their minds will be clouded with the fact that they are on a five-match losing spree, which needs to find a positive conclusion to kickstart the next phase of their history.

Questions About Kosovo vs Georgia 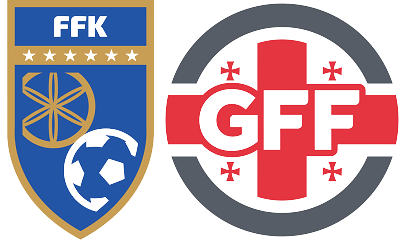 Where is the game being televised? DAZN Deutsch and Viaplay.