Korona Kielce meet Legia Warsaw in the Ekstraklasa on Saturday, July 16th. Can newly promoted Korona cause an upset against Legia on the opening weekend? Read our free predictions and find the latest odds for the fixture below in our detailed match preview.

Last season’s 10th place finish was a disaster for Legia Warsaw, but with a new Head Coach in place (Kosta Runjaic) and a slew of impressive signings, 2022/23 already promises to be a sweeter-smelling campaign. An opening day date with newly-promoted Korona Kielce gives Legia a chance to come out of the blocks quickly and with the gap in quality between the teams evident on paper, we recommend siding with the visitors in the match result market.

With Korona Kielce restored to the top tier, the Suzuki Arena should be rocking on Saturday and with energy to harness the hosts could well find the net for the 10th home fixture in a row. Keeping out a Legia attack that could contain Rafael Lopes and new signings Makana Baku and Blaz Kramer should prove a tough task however, and as a consequence, backing both teams to score could be a bet worth pursuing.

Check out our rundown of the best stats for Saturday’s fixture below alongside a tool to help you choose the best odds.

Read all of the injury updates and team news for Saturday’s Ekstraklasa fixture between Korona Kielce and Legia Warsaw below.

Korona Kielce were promoted through the playoffs last year and survival is the name of the game in their first campaign back in the Ekstraklasa. They haven't managed to make many major moves in the market, though Adam Deja, Milosz Trojak and Bartosz Spiaczka should add some experience.

Legia Warsaw were among the biggest summer spenders in Poland following their dismal campaign in 2021/22. The capture of 21-year-old centre-back Maik Nawrocki from Werder Bremen was a bit of a coup as was the free transfer addition of Pawel Wszolek from Union Berlin. Blaz Kramer and Makana Baku look like interesting acquisitions further up the pitch. 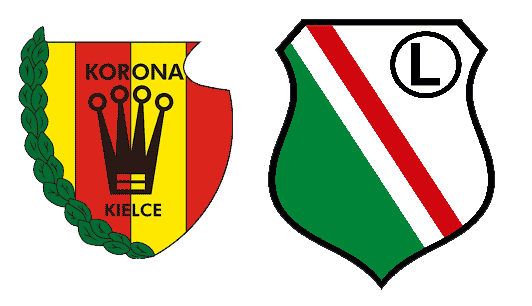 Korona Kielce vs Legia Warsaw will be played at the Suzuki Arena this weekend.

German Head Coach Kosta Runjaic has been in charge of Legia Warsaw since his appointment in May.