Jürgen Klopp heads into the new campaign with a selection headache.

Ignoring the obvious absences of Virgil van Dijk and Naby Keïta in the Liverpool squad, the Reds are to be without regular right-back Nathaniel Clyne for the Premier League curtain-raiser at Watford on August 12.

The England international has been struggling with a hamstring problem in recent weeks, preventing him from taking part in Liverpool’s pre-season matches in Asia and Germany. And now a back injury looks set to keep him out of the opening game of the season Watford.

Clyne missed just the one Premier League match during the 2016/17 campaign and was one of the few reliable, at least in terms of availability, players Klopp had at his disposal.

However, the German now has a big decision to make with the Merseyside club looking to start their season with a positive result.

Klopp could start James Milner but the former Manchester City man has had an injury hit pre-season himself.

A thigh injury was expected to rule him out of the tour of Germany but he’s now back in training. The match against Bayern Munich may come too soon for him but he could well feature against Athletic Bilbao on Saturday.

Whether Milner is fit enough to be risked against Watford though is another question entirely.

It means the Reds could start the campaign with a new full-back pairing with Andrew Robertson – who impressed many against Hertha Berlin – battling it out with Alberto Moreno for a start on the left and Joe Gomez and Trent Alexander-Arnold vying for a start on the right.

“The full-back position is now unbelievably important for us now because Clyney has had no pre-season so far,” Klopp explained.

It's not a debate over who is the better player, but more who is the better suited player for the season opener. Both can make an argument for starting and both would be able to list a number of reasons why Klopp should select them.

Alexander-Arnold looks a natural in Liverpool's system as the outlet down the flank. Even in pre-season he's showed he's more than capable of filling that role and there are already signs of an understanding with Mohamed Salah.

Liverpool coach Pep Lijnders believes Alexander-Arnold is one of the best talents in Europe: “Our playing idea is to create chance after chance, from each position taking this initiative. A right defender who can create and can dominate the complete right channel.

“In my opinion, he is one of the most all-round talents in Europe with a ‘team first’ attitude.”

Liverpool full-backs have to be comfortable in possession. Not just that though, they have to be effective on the ball. For example, Milner averaged more passes than everyone in the first-team apart from the centre-backs last season.

He was tasked with working the ball into the feet of Philippe Coutinho, Roberto Firmino and Sadio Mané with his progressive and often incisive passes.

The complaint often levelled at Clyne last term was his final ball – he often looked awkward and flustered in the final third.

Alexander-Arnold, on the other hand, appears a lot more natural when in possession due to his time playing as a centre-midfielder, as Lijnders goes on to mention: “When he was my captain at Under-16 level, he was able to control rhythm and make the team play like no-one else.”

But while the 18-year-old Liverpool youth graduate has a positive impact offensively, there are areas defensively he needs to improve on.

“Trent, as we all know, is a fantastic player, but also just 18 – offensively ready, but in defence he needs to improve a lot.”

Gomez, however, is the opposite to Alexander-Arnold. He's defensively solid and he's more of a conservative full-back given he's naturally a central defender. Against certain teams the former Charlton Athletic man may be Klopp's weapon of choice.

Gomez is not as progressive on the ball as Alexander-Arnold and he's not the quickest, at least not when compared to others in the squad. But sometimes a sacrifice is required. Watford are a powerful team and Gomez's aerial ability may see him jump ahead of other alternatives in that role.

Klopp hinted at this after the 3-0 win over Hertha Berlin: “Last night I had a long talk with him,” he told reporters.

“When I came in I saw him for about 20 minutes playing in the U21s. Then he got the injury and I thought: ‘Oh my God’.

“Everybody told me what a wonderful player he is. When he came back he got injured and then when he came back again he was heavy. He had a lot of muscle and you only need muscles like that if you’re only going to the beach or whatever.

“We had to work on this and now he’s back. He lost weight, he’s really fit, he looks sharp. There are still things to improve.

“His heading was really good, but he can improve—he needs to be a little more aggressive. We need these different options and it’s good to have him back, absolutely.”

How Liverpool could line-up against Watford 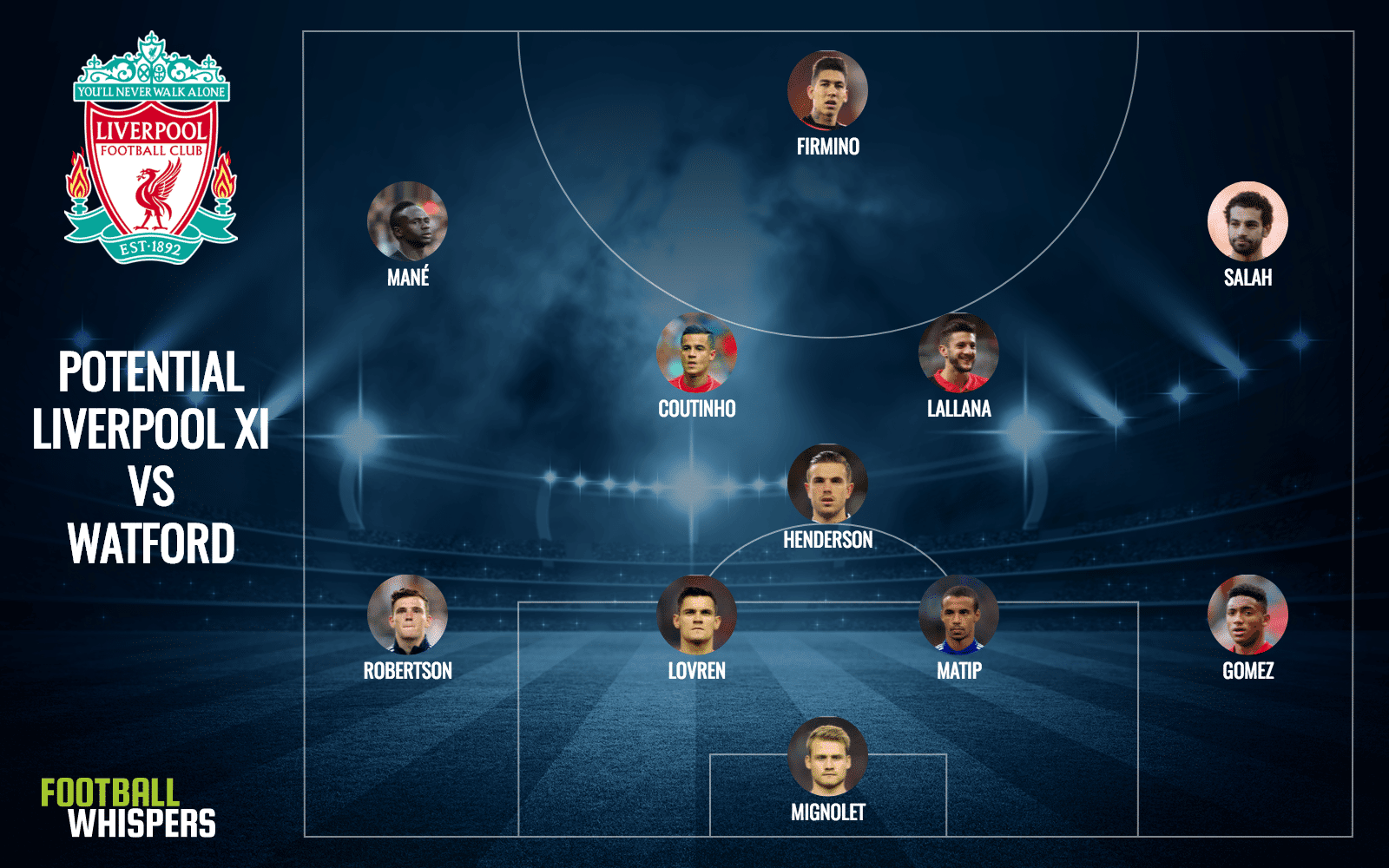 As things stand, this is the most likely XI to start the season away to Watford.

With Liverpool having such an attacking forward six, as well as Robertson marauding down the left, it's perhaps safer to go with the Gomez option at right-back.

He can tuck inside and make it a back three when it's needed and it will give the Reds a solid foundation as they look to build attacks.

This, however, doesn't mean he's ahead of Alexander-Arnold in the overall pecking order as it's clear to see the club has high hopes for the youngster.