It is said insanity is doing the same thing over and over and expecting a different result. Jürgen Klopp proved during Liverpool's 3-2 win over Leicester City that he isn't insane.

Prior to the match on Saturday evening, a lot of the coverage was aimed at Liverpool's inability to defend certain situations. They kept conceding carbon copies of earlier goals, something we covered here. It had plagued them since the first game of the season and Klopp had failed to address the issue.

There was no change to the formation being used and there was nothing different about their style of play. What Klopp was doing was seemingly insane.

However, Klopp, so often accused of being one-dimensional and stubborn, showed during the revenge victory over Leicester that he's not just a one-trick pony and he is trying to solve the defensive issues the Merseyside club are having.

It wasn't obvious from the off. When the teams were announced it appeared as though it would be the same again for Klopp's men. It was 4-3-3 on paper with Emre Can and Gini Wijnaldum playing their box-to-box roles and Jordan Henderson acting as the deepest midfielder.

However, it quickly became evident that there had been a subtle change to the way the midfield was set-up. Instead of it being a 1-2 system it was more of a 2-1 with Can sitting a little deeper beside Henderson and Wijnaldum tasked with supporting the attack.

Could this be Klopp readying the team for the return of Sadio Mané now Philippe Coutinho is back in favour? A 4-2-3-1/4-3-3 variation would certainly favour the Brazilian in that free role behind the attack. And will the Stuttgart-born manager be tempted into using it against Spartak Moscow in the Champions League? 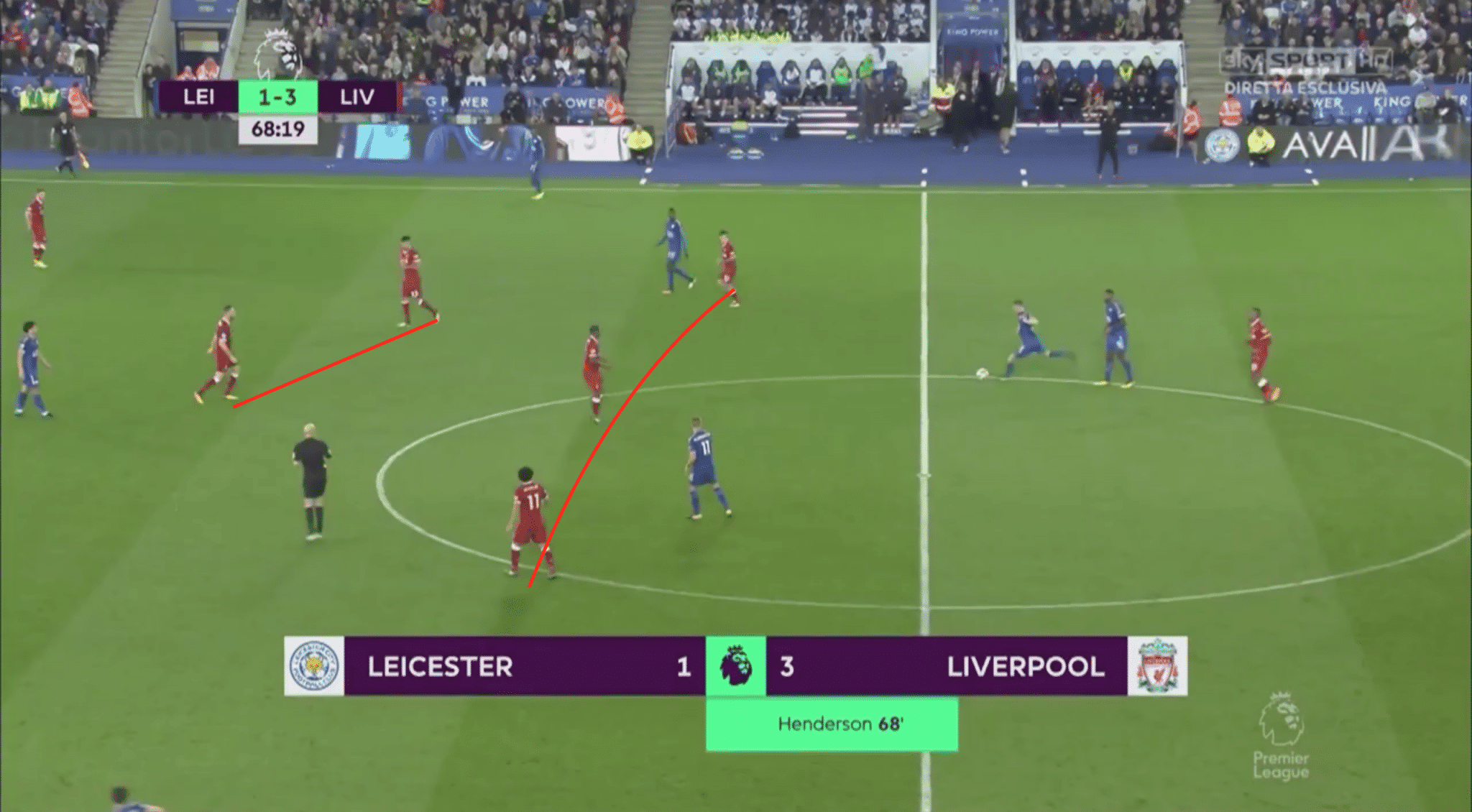 The tweak in formation helps with a number of things. It may not seem like a big deal simply positioning Can ten yards deeper and having Henderson operate more to the sides of the midfield as opposed to centrally but it changes how the Reds defend situations and how they build attacks.

In the screenshot above you see a rough outline of the shape Liverpool used at the King Power Stadium. 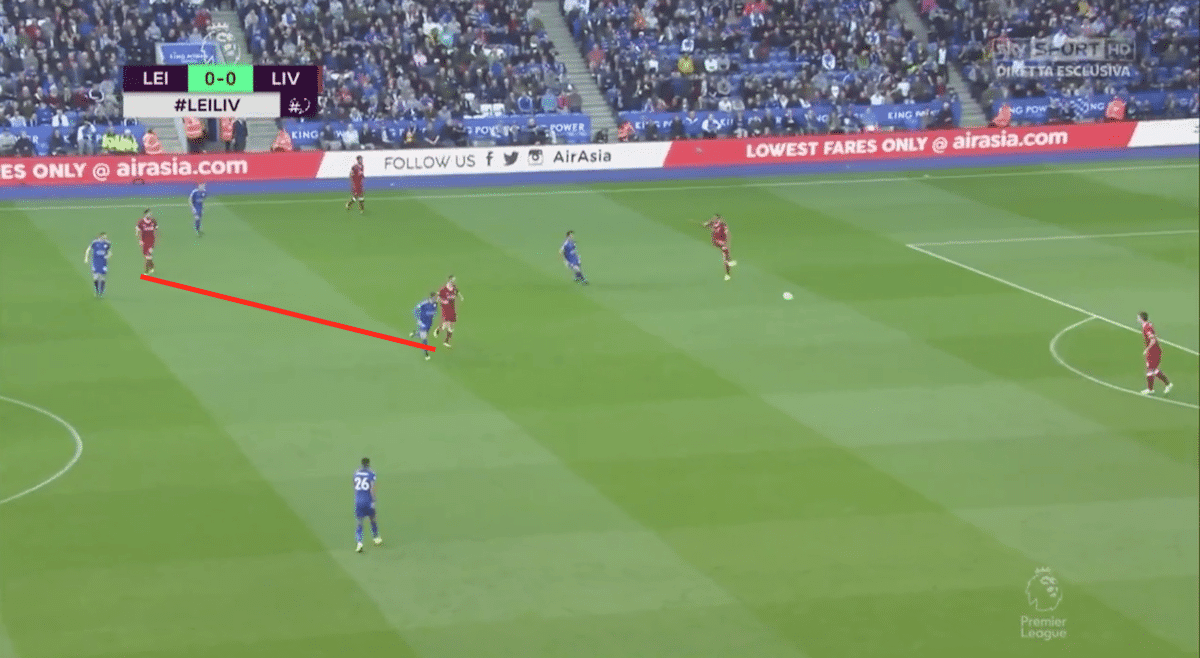 In this screenshot you can see how Henderson and Can position themselves as Liverpool look to build out from the back. It may have appeared as though the two midfielders kept stepping on each other's toes, and they might have been at times having been used to playing in a single pivot as opposed to a double for quite some time now.

However, they quickly found their rhythm. When Can dropped deep, Henderson would push five yards further forward, and vice versa. At all times, though, the Reds looked to keep the midfield duo in close proximity.

It's vastly different to their usual style, which would see the captain drop between the centre-back pairing and Can push on to the left hand side of the pitch to support the attack and allow the man playing on the left of the forward three to take up central positions.

Liverpool were still playing as they would with Henderson between the centre-backs – playing shorter passes and looking to move the ball side to side – but they had an extra layer of protection in the form of another midfielder.

The pair played a combined 94 passes against Leicester, including five key passes, and completed three dribbles.

The midfield duo won four tackles, made six clearances and won 63 per cent of their aerial duels. A solid shift in both a defensive and an attacking sense. 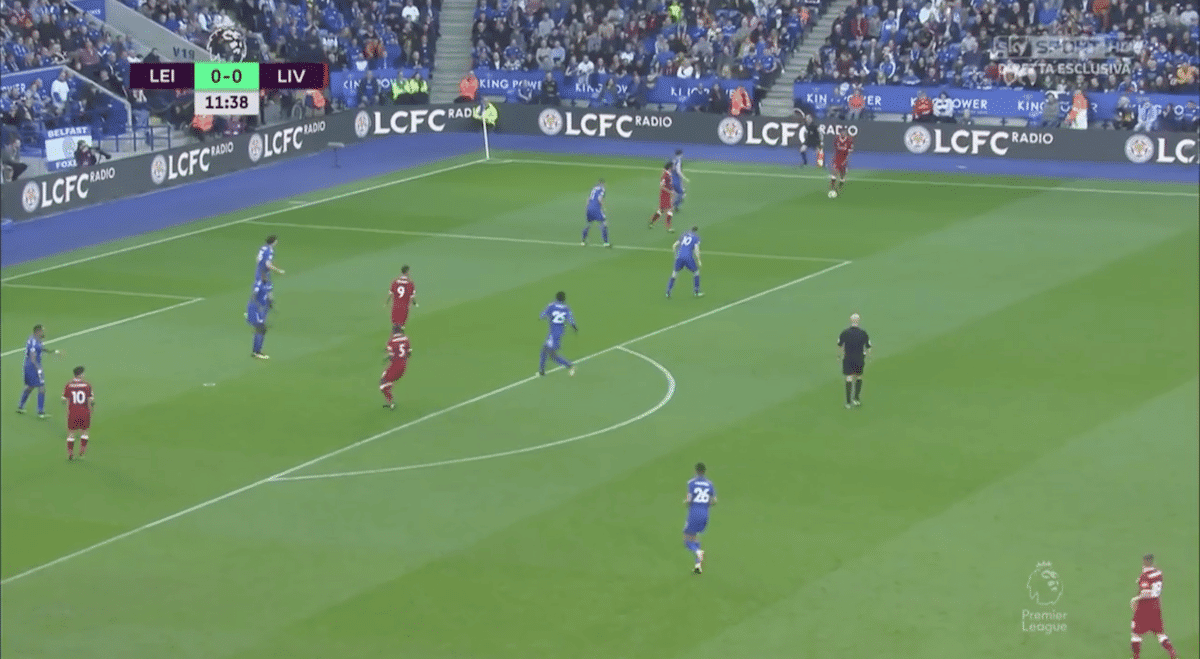 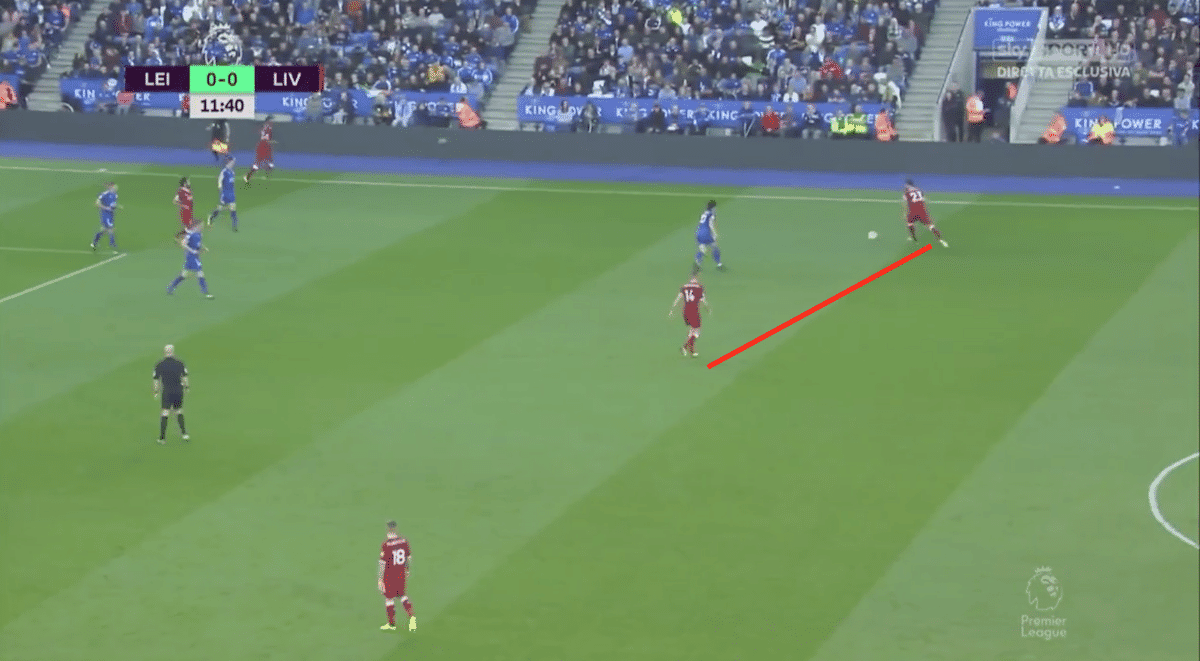 In the above picture you see a more conservative approach from Can. Instead of bombing on to support the man in possession and then trying to link up with those in the penalty area, he holds his position, in line with Henderson, and retains possession.

It's a safer approach with less risk of losing the ball. Some might say it's boring, but it ensures Liverpool retain the ball and keep the home side penned in.

Klopp's men, for the most part, looked comfortable. It may not have felt like that during the chaos after Henderson put his side 3-1 up, but Leicester rarely troubled the Reds.

Aside from the two goals, one of which was a result of Simon Mignolet mistiming his punch, Leicester only posed Liverpool a threat on two occasions.

The first arrived early on when Can tried to intercept a pass forward and missed. Jamie Vardy raced into the penalty area and fired a shot at the Belgian keeper, who parried the ball away and Riyad Mahrez blazed the rebound over.

The second was in the build-up to the penalty. Mohamed Salah lost the ball in midfield, Liverpool weren't set properly and Andy King was able to play a pass through to Vardy.

Two big moments, of course, but Liverpool looked a lot more assured and competent than they had in other matches. It's an improvement on previous weeks.

Against Spartak Moscow they have the ideal opportunity to trial this new system again so the players become more familiar with their roles. The Russian champions aren't having the best of seasons and their title defence is a poor one – they're currently seventh and are 13 points behind leaders Zenit after just 11 fixtures.

Spartak have conceded 17 goals in those games, and their game over the weekend finished 2-2 against bottom side Anzhi. Liverpool must be fancying their chances ahead of their trip to Russia.