Liverpool go into the first game of the new Premier League season with plenty of optimism. The club made four signings in key positions over the summer, spending big money to rebuild the spine of their team from the goalkeeper and beyond.

Despite this, they are not without their problems heading into their opening game against West Ham United.

Alisson has arrived to take his place between the posts, but in front of him there are already problems.

Thankfully for Liverpool, Virgil van Dijk is fit. Without the big Dutchman they would be in serious trouble, as Joe Gomez has picked up a knock, Joel Matip is still a doubt, Ragnar Klavan is out injured, and Dejan Lovren is unavailable after arriving late for pre-season due to Croatia’s journey to the World Cup final.

There is even the possibility that the untested 21-year-old centre back Nat Phillips could make his debut alongside Van Dijk, such are their problems in the heart of the defence.

Klopp has spoken about his young centre back in glowing terms during pre-season, and those confidence boosts will come in handy should the Englishman appear in the line-up at Anfield on Sunday.

Towards the end of their final pre-season game against Torino, the club used midfielders alongside Phillips at the back, withdrawing Van Dijk to keep him injury free ahead of this first game.

Klopp’s concerns ahead of opening weekend go beyond his own personnel issues, and he is encouraging his side not to take anything for granted when teams like West Ham come to town.

Manuel Pellegrini as: “One of the very, very successful managers on this planet, he knows how football goes. A really good tactician, really good coach.”

He went on to acknowledge that the Hammers could be an entirely different proposition to the side they faced last season, and the East London club, like Liverpool, have signed players in a number of key positions.

“Arnautovic No. 9, Yarmolenko right, Anderson left, or Chicharito as the striker and Arnautovic on the wing or No. 10. Behind them, Wilshere and Noble, a new full-back in, Cresswell back. It’s just a good football team. They are ambitious this season,” added Klopp.

“But if you go into the first game as Liverpool, people expect you to win. We expect the same, but we know between now and then there are 95 brutal minutes.”

To make things more difficult, one of Klopp’s key signings – Fabinho – is a doubt for the game. The former Monaco man has looked good in pre-season, especially as he’s adapted to playing in a lone defensive midfield role rather than as part of a double pivot. 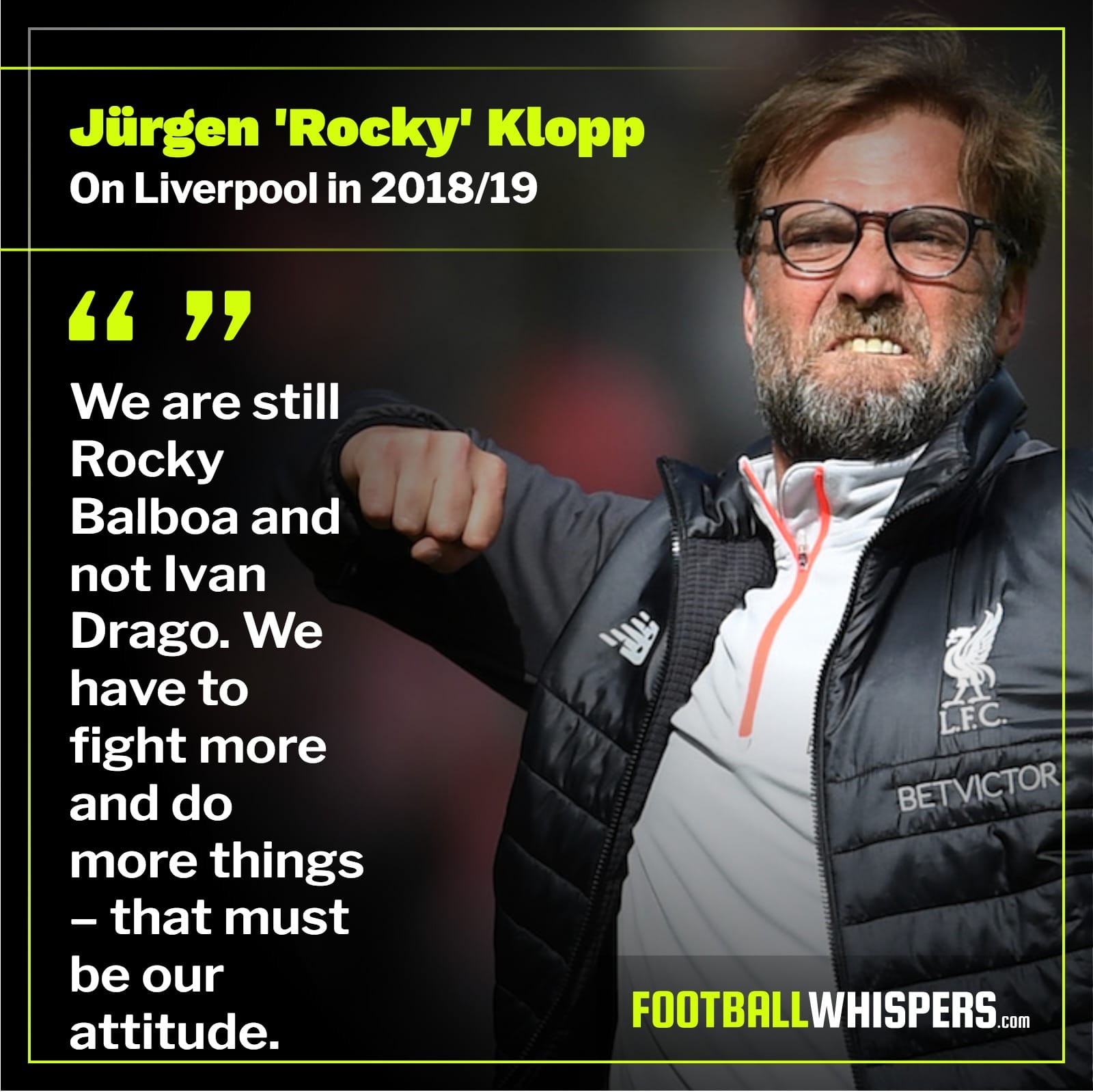 The Brazilian has been for a scan on an injury in the last few days, and while he came through this with the all-clear, he picked up an illness in the meantime.

This could mean that Jordan Henderson is thrown straight into the mix, with Klopp describing his captain as strong and “full of power” despite only returning to the club at the same time as Lovren, who has been ruled out.

One thing Liverpool have, thanks to their summer signings, are plenty of options and a new-found squad depth.

Xherdan Shaqiri could fit into the attacking midfield position with Georginio Wijnaldum dropping back to the deeper role he played at times last season. Naby Keïta, at least, looks set to make his debut after the protracted transfer saga which meant his arrival from RB Leipzig was delayed for a season.

Though Klopp was asked about how he plans to close the gap on Manchester City, this will be done in games such as this one, and not necessarily in the matches against Pep Guardiola’s side.

“Again, you all ask me about the gap with City, it’s nothing to do with City,” he said.

“If you see how Wolves act, how Fulham act, and how Everton act; a lot of clubs are ambitious. We can’t go there and [think we can] win [just] because we are Liverpool.”

The German has all three of his attacking stars to call upon, but though there have been glimpses of the performances Mohamed Salah, Roberto Firmino, and Sadio Mané put in last season, it’s fair to say that they are not yet firing on all cylinders.

As full-blooded, competitive football returns – or a brutal 95 minutes as Klopp called it – then these players might start to take more risks and not hold back as much physically, as they might in pre-season games.

“We are still Rocky Balboa and not Ivan Drago,” quipped Klopp in his first press conference gem of the new season.

“We have to fight more and do more things – that must be our attitude. We didn’t reach anything so far. We were in finals, yes, but if we go to the final [again] we should win it this time. We have to be like Rocky.”

Klopp will hope for fight from his players, but he will also hope that his team are able to organise the bout and determine the rules, as well as emerging as victors once the final whistle sounds.

The language the Liverpool manager is using is preparing his players for a battle. Whether they are playing a new, slick version of West Ham under Pellegrini, or a roughhouse mid-table Premier League side who are looking to avoid a relegation scrap, he wants his players to take nothing for granted.

The pre-season work now needs to pay off, and the exhibition matches in the United States and Ireland are now consigned to history.

Seconds out, round one.