Philippe Coutinho is still a Liverpool player. Barcelona huffed and they puffed but none of the offers they tabled for the Brazilian managed to blow down the resolve of Fenway Sports Group.

It meant Barcelona's planned unveiling of the player, which the Catalan press hinted was to be on the Friday following the English window closing, went to waste.

In the aftermath of this it's become quite clear that Barcelona don't take rejection well.

Speaking at a news conference following on from the Spanish transfer window closing, Barca director Albert Soler claimed that his club were not prepared to meet Liverpool's asking price for the player.

How Could Liverpool Line Up With Philippe… by FootballWhispers

“On Friday, after weeks of offers and talks, Liverpool put a price on the player that we wanted [Coutinho],” Soler said

“A price of €200m and we decided we wouldn't do it. That's an example of the way football is now. This club and this board will not get involved in that, though.”

Not done there, however, Barcelona president Josep Bartomeu used the unrest surrounding Lionel Messi's future to have another dig at Liverpool.

“Barca will never make a player stay if he tells us he wants to leave, as happens at other clubs in Europe. We have a different way of being to other clubs.”

But now the circus surrounding Barcelona's inability to conduct business these days has died down, the real issue for the Reds now is how they go about integrating Coutinho back into their team.

Coutinho, advised poorly by his agent it has to be said, handed in a transfer request on the eve of the new season. He then missed important matches against Hoffenheim in the Champions League playoff stage, which were to shape the season for Liverpool, with a back complaint.

He sat out the 4-0 victory over Arsenal with a virus but miraculously recovered from injuries and illness to fly to Brazil to play in their World Cup qualifiers. To add further insult to injury, the playmaker was passed fit to play in both matches.

Doctors from Brazil's national team attributed his absence to stress, telling ESPN Brazil, via Sky Sports that: “He's a bit anxious about the possibility of changing club.

“Of course we talked about this possible transfer, about the things that are in his heart right now. His back pains, in my opinion, are explained by this anxiety. Muscular tension normally does that.”

Stress, which he caused himself by pushing for a move despite the club informing him that he simply wasn't for sale, kept him out of games Liverpool couldn't afford to lose.

He didn't say it in as many words but he didn't have to. His actions implied he thought he was bigger than the club. Was it a desperate attempt to anger manager Jürgen Klopp who would then convince FSG that they should sell the player?

In his absence, Klopp's team went five matches unbeaten, winning four of them, and scoring 14 goals in the process.

Liverpool ended the month of August on a high following 4-2 and 4-0 wins over Hoffenheim and Arsenal respectively. They went into the international break second in the Premier League and through to the group stages of the Champions League.

They showed that they weren't as reliant on Coutinho as many had claimed. Without him they were scoring freely and, perhaps more importantly, they were managing to create good chances on a regular basis.

It's not an exaggeration to suggest the rampant Reds could have finished the matches against Julian Nagelsmann's and Arsené Wenger's men with the scoreline reading a lot closer to 10 in both matches.

However, you shouldn't take these victories at face value. Both teams played a suicidal high line. Both looked to attack Liverpool and both left a lot of space for the likes of Sadio Mané, Roberto Firmino and Mohamed Salah to attack. 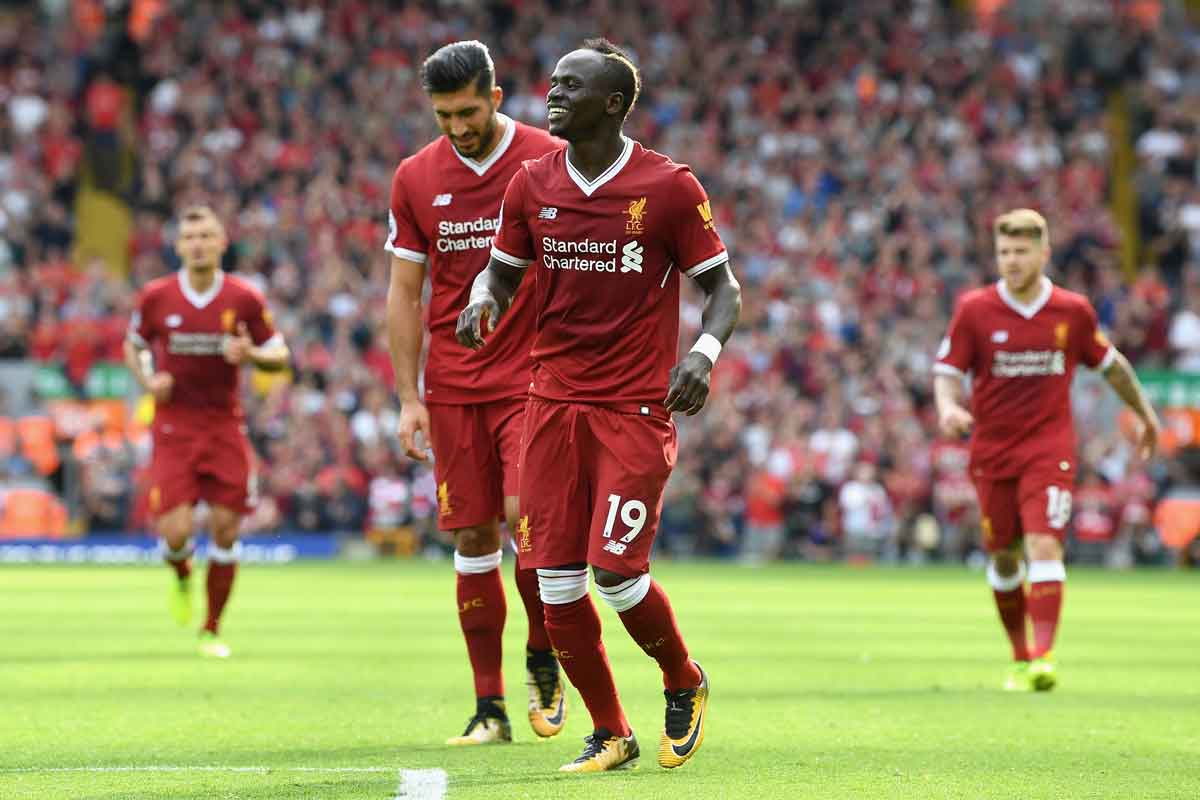 Arsenal manager Wenger is the sort to see a sign which says ‘wet paint – do not touch' yet touch it anyway. He saw Liverpool dismantle Hoffenheim yet played in a similar, open style.

Pep Guardiola is by no means naive but he is perhaps arrogant enough to think he can beat Liverpool at their own game. And maybe he can. His Manchester City side will attack — they have to because they're playing at home. It will leave space for the Reds to run riot and they may take all three points back to Anfield without Coutinho.

But is this anything new? Liverpool have a good record against big teams and an even better one against teams who want to play football.

Issues arise when teams look to sit deep and sacrifice the space in the middle and final third. Liverpool struggled to create much in open play against Watford and Crystal Palace. With games against Burnley, Leicester City and Manchester United on the horizon, they may need someone with the ability to unlock a defence from a deep area.

Coutinho has that ability in abundance.

In the final two matches of last season, while playing in central midfield role, the Brazilian was pulling the strings as Liverpool hit seven to confirm their fourth place finish.

He's not apologised to fans, yet, and there may still be tension between him and Klopp, but if Coutinho is as fit as Brazil manager Tite claims, then he has to be involved in the team as soon as possible.

In the pre-match City press conference Klopp seemingly went against what Tite claimed suggesting it “didn't make sense to use him (Coutinho) immediately” and that he “needs more training”.

Football operates in its own bubble. In every other walk of life there's an adjustment period, a punishment, and a lot of making up to do. But in football, a results based business, there's not really time to dwell on the past.

Liverpool don't have another player capable of doing what Coutinho does so by default everything he's done is, to an extent at least, forgiven.

From a fans point of view it's disrespectful to just welcome him back into the fold. But respect doesn't put three points on the board. Liverpool are a more frightening prospect with Coutinho in their XI than they are without him.