The AFC Champions League group stage is about to get underway with Kitchee of Hong Kong taking on Thai side Port. Can either side kick off their campaign with a win? Find out with our Kitchee vs Port match preview with free tips, predictions and odds mentioned along the way.

There isn't much point denying it, Kitchee arrive in Group J as enormous underdogs. This match, however, is one they may well have earmarked as winnable. Our prediction is takes a slightly softer view and back them to avoid defeat but a victory isn't out of the question. They arrive in reasonable form having lost just two of their last 10. Those defeats have been fairly recently in their run but confidence won't be a problem given they've won the other eight. Port meanwhile have won five of 10 and have failed to win in their last three. The fact they've failed to score in two of those three combined with Kitchee having the best defence in Hong Kong means hopes will be high.

Kitchee's results regularly exceed the 2.5 mark but, usually, that's because they score a few goals. This match against Port will see a slightly different approach. When you factor in their strong rear guard and a more conservative approach as well, Port will need all the guile they can muster to breakthrough. With 15 goals scored across their last 10 they're not a toothless side but the prospect of them bagging two or three looks unlikely.

A failure to find the net – for someone

Our final prediction follows a very similar thought process as the previous; Kitchee will be looking to base any shock result on a tight defensive display. That makes it difficult for Port to score and it hardly maximises the threat Kitchee can offer going in the other direction. Will it be goalless? Not necessarily. Will it be an end to end spectacle loved by the neutrals? Probably not.

Kitchee vs Port: The best odds and so much more

Kitchee to make a solid start to tough group

Kitchee earned their place in the AFC Champions League group stage by topping both the main and subsequent winners stage of their domestic pyramid. A big part of that was down to being well drilled and not giving much away; they'll need the same qualities throughout their game with Port. If they get a result the like of Sean Tse, Raul Baena and Paulo Cesar will be huge.

Port, won't just let them do that though. They made their way to group J via a different route; they secured Thailand's final qualification spot ahead of Chiangrai. The Thai league is more highly thought of than that of Hong Kong though hence Port will need to find the answers to Kitchee's defensive questions. The key men in that respect will be Sergio Suarez and Yannick Boli; they combined for 26 goals last season.

Kitchee vs Port: Any other business 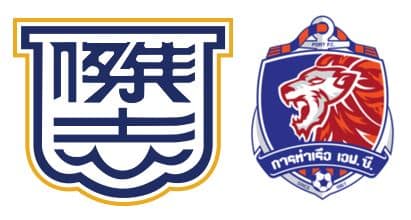