King’s Lynn Town will be hoping to make the most of their final home game of the season against Aldershot Town. This could be the last National League match at the Walks for a while.

King’s Lynn Town need a massive swing of results to go their way on the final day of the season if they are to avoid relegation, as the team could only get a 1-1 draw with Solihull Moors. Aldershot suffered three consecutive losses after a 3-2 defeat against Bromley at home.

King’s Lynn have drawn the last two home matches while Aldershot come into the game after having lost three consecutive matches on the road. The visitors do not have a lot of motivation to win this match, while the same does not hold true for King’s Lynn. The only previous meeting between these two clubs finished in a stalemate back in April. It would not be a surprise to see a repeat of the same outcome.

King’s Lynn and Aldershot do not have a great scoring record and it explains their position in the table. It is hard to not see that King’s Lynn – with a goal difference of -48 – have the second-worst defensive record in the league after conceding 94 goals from the 41 matches. Aldershot may not be in a great position to profit from this defence, as they have not been among the goals.

The last few matches have seen King’s Lynn put up a fight with goals. Ian Culverhouse has seen his team score in six consecutive matches. Aldershot, meanwhile, boast an even better run after scoring in nine consecutive games.

King’s Lynn vs Aldershot: Preview of the Match

After a string of four consecutive losses, King’s Lynn were relieved to break the run following the draw with Solihull Moors. Still, it does not take away the club’s winless run that has now stretched to 12 matches. The home victory over Altrincham now seems a long way back. The club will be focusing on pride in this final game of the campaign.

Aldershot remain hopeful of finishing 15th or higher with a victory in the final game of the season. This would put the 2020-21 campaign on par with the achievements of previous seasons. The 15th place finish achieved last season is the best for Aldershot over the last three campaigns. Danny Searle’s men need to get a victory and hope that teams like Yeovil Town and Maidenhead United drop points.

Questions about King’s Lynn vs Aldershot 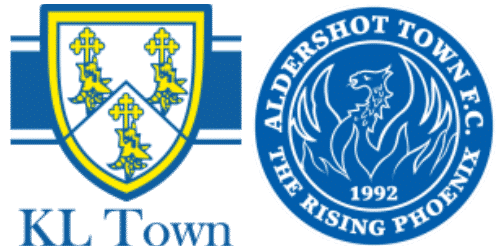 Where is the match scheduled? – The Walks Stadium

Which team is the favourite to win? – King’s Lynn Town