After an away defeat, King Faisal return to their home when they host Legon Cities for the next engagement of the Ghana Premier League. The Royals made consecutive draws before this game.

King Faisal held an unbeaten sequence recently and lost only once in the last five attempts. Babes are also undefeated in the last four home attempts, making the turns of wins and draws. On the other hand, Legon Cities have also been without a defeat in the recent five outings but they managed only one victory in that course. In addition, the Royals are also winless in the last four visits against King Faisal, losing two. So we take the side of Babes in this game to add three points to their name.

We can expect Babes to have several chances to hit the goals as they scored in all of the recent home attempts. However, the team has shown the ability to give tough times from their defence, following two clean sheets in the last three home outings. In opposition, Legon Cities also failed to score in all of the previous three away games. For these reasons, we expect only King Faisal to get on the score sheet in this game, repeating the previous hosting H2H pattern.

King Faisal vs Legon Cities: Check out the best odds and the latest stats

King Faisal vs Legon Cities: Check out the team lineups

Babes extended the terrible streak of away winless games in the last attempt where they conceded a 1-0 defeat against Real Tamale. King Faisal has confirmed 11 wins and six draws in the season so far and stands in the fourteenth place on the table. All of the players will be ready to make an appearance in this game.

The Royals ended the successive fourth game in a draw in the last attempt against Karela with a final score of 0-0. However, Legon Cities have faced only nine defeats in the 33 outings of the season and stand in the eighth position. The club manager Maxwell Konadu will have a completely healthy squad available for the coming game. 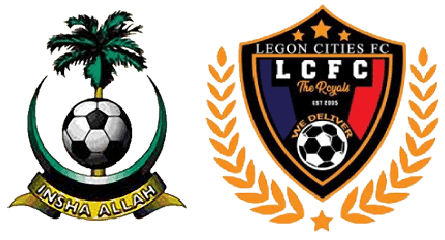 Where is the game being played? Baba Yara Sports Stadium.