A number of different snapshots could have been taken as the defining image of Celtic’s 2016/17 Treble triumph.

Tom Rogic’s stoppage time winner against Aberdeen in the Scottish Cup final and the celebrations that ensured, for one. For another, Craig Gordon on his knees, with the scene of euphoric Celtic fans the backdrop.

Instead, it was Kieran Tierney’s elation at the top of the Hampden steps that best illustrated the unprecedented success of Brendan Rodgers’ side.

Tierney only lasted 27 minutes of the Scottish Cup final, heading to hospital following an elbow in the face from Aberdeen’s Jayden Stockley. But not to be denied his moment of celebration at the end of an unbeaten domestic season, the teenage left back sprinted through the Hampden car park and up the stadium steps to lift the trophy with the rest of his teammates.

Broken jaw and still groggy from painkillers, Tierney took the silverware and turned to face the Celtic supporters in the far corner of the ground, thumping his chest, kissing the badge over his heart. This was a guy who’d grown up a Celtic fan, who’d been a ball boy at the club for the famous Champions League win over Barcelona in 2012, who’d lived the dream by winning everything with this team, his team.

But Tierney is much, much more than a Celtic side last season, that is quite the feat.

“Kieran is a super-talented boy and there’s not too many left-backs in Europe who, at 19 years old, are talented enough to play for such a big club,” Rodgers told reporters earlier in the year. “I have no doubt in his qualities. You have to remember this is the time of year strategic leaks come out, but he is a Celtic player with another four years on his contract. Kieran absolutely loves it here.

“But I would expect the very biggest clubs, in the most competitive leagues, to be interested in him because he is a huge talent. He will only get better. He’s a player we would love to have here permanently, of course,” added Rodgers. “If there’s a possibility of doing it, then it’s something I would look at.” 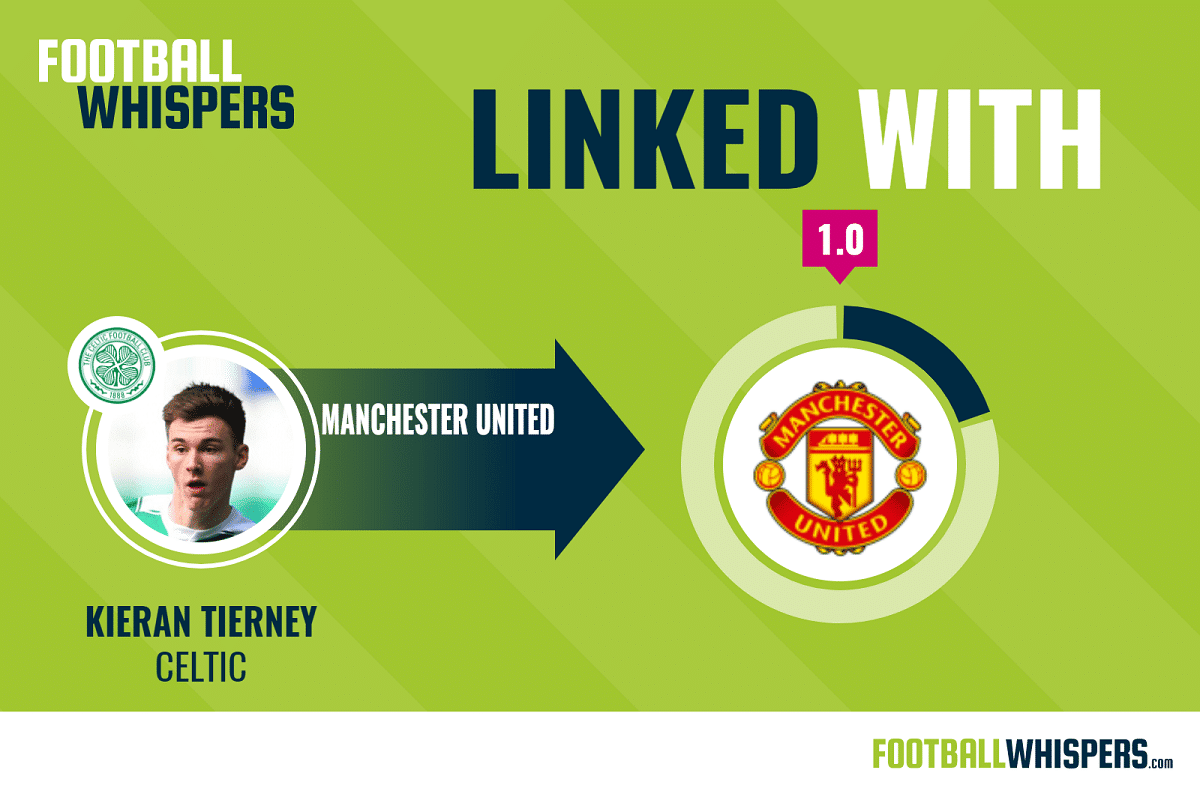 Tierney is one of the brightest young talents in the United Kingdom right now. There are reports he is a Liverpool and Manchester United transfer target – which is perfectly reasonable. That’s the sort of level he could reach. He could feasibly be one of the very best, playing for one of the very best.

But Celtic must do their best to keep hold of the teenager at all costs. In Tierney, they have the makings of a genuine club legend. The 20-year-old already commands the highest esteem among Celtic’s fanbase, providing a much-needed link between those in the stands and those on the pitch.

He could go down as one of the true greats.

Of course, Tierney may harbour personal ambitions to scale the peaks of the sport, something that falls well within his potential, but it seems unlikely that he would wish to leave at such a time in Celtic’s history.

With Rodgers in charge, the Hoops stand on the brink of an unparalleled period of dominance. The Northern Irishman is contracted for four more years, giving him a tilt at ten league titles in a row. Tierney will surely want to stick around for that.

It’s been a long, long time since a player of Tierney’s ability broke through Celtic’s youth ranks into the first team reckoning. As Patrick Roberts remarked after last season's Scottish Cup win, he is the “golden boy.” “Mr. Celtic.”

It seems unlikely that, given his current trajectory, Celtic will keep hold of Tierney for the entirety of his career. That rarely happens in football any longer, with the race to the top in modern football resulting in the decline in the number of one-club men.

But this certainly isn’t the time to cash in on the left back. £15 million is the reported price tag slapped on the head of Tierney but that doesn’t come close to quantifying his value to Celtic. Some things are greater than money.