Celtic have got a real gem on their hands in the form of Kieran Tierney.

He’s potentially the best of the crop of Scottish youngsters currently making a name for themselves. The 19-year-old has been a revelation at left-back this season under Brendan Rodgers and looks destined to be the next player to swap the Scottish Premier League for the English equivalent. It’s a question of when and not if.

He won’t be short of potential suitors either with Manchester United, Chelsea, Arsenal, Liverpool and Bayern Munich all said to be interested in the Scottish international.

The full-back only signed a five-year extension in the summer, taking his contract all the way to 2021, but the SPL can’t compete with the riches of the Premier League and reports recently have suggested he could be available for as little as £10million. It’s next to nothing for one of Europe’s elite, especially when you consider he could be a starting left-back for the next 13 years.

If the forward thinking, progressive, innovative modern day managers could all sit down and describe their perfect left-back they would probably end up talking about Tierney. 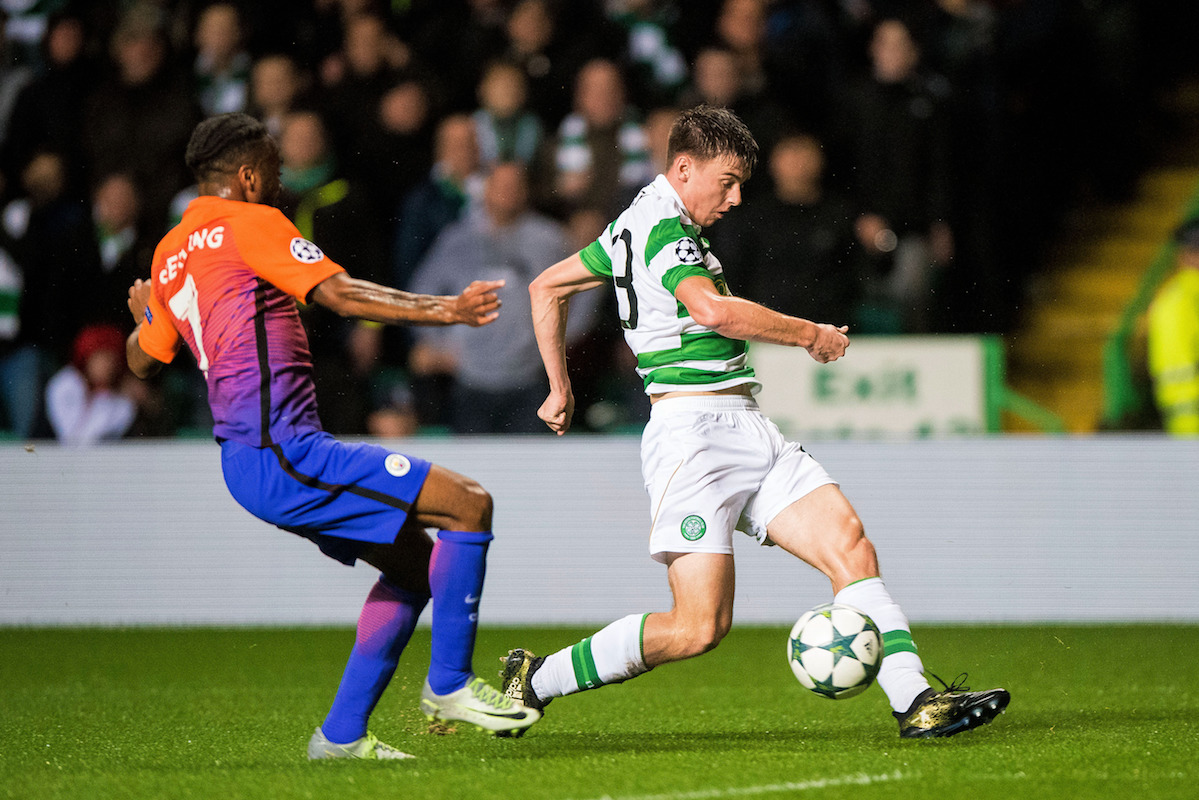 To say he’s confident on the ball would be an understatement.

The defender manipulates the ball like a number ten and his quick feet are usually ones you would find on a winger. However, the combination of two things means he’s often able to create space when it doesn’t look possible.

He’s forever marauding down the left hand side making both underlapping and overlapping runs but unlike so many full-backs in the game these days, he has an end product. He’s got a wand of a left foot that allows him to create chaos whenever he whips a cross into the penalty area.

On top of all of that he rarely ever flustered, as shown by impressive performances against Manchester City in the Champions League in which he grabbed himself a goal in the 3-3 game at Parkhead. He looked at home in Europe’s elite competition. 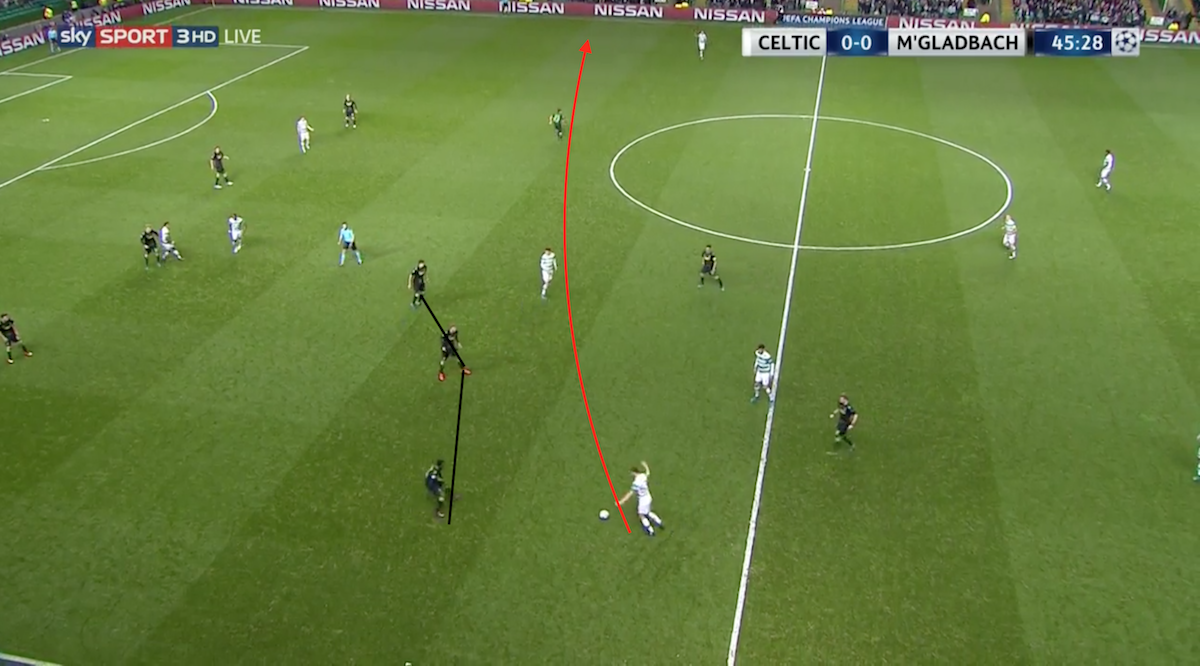 In the above picture, Gladbach are in a good position to contain Celtic. They have five players in the area compared to the home side’s three. They’ve also blocked off the passes into the attacking area. The easy ball here would be back to the Celtic man in his own half.

Tierney wants to be progressive though. He not only spots the man on the right hand side he’s able to play a well weighted ball which then stretches the away side and creates spaces for Celtic to exploit. 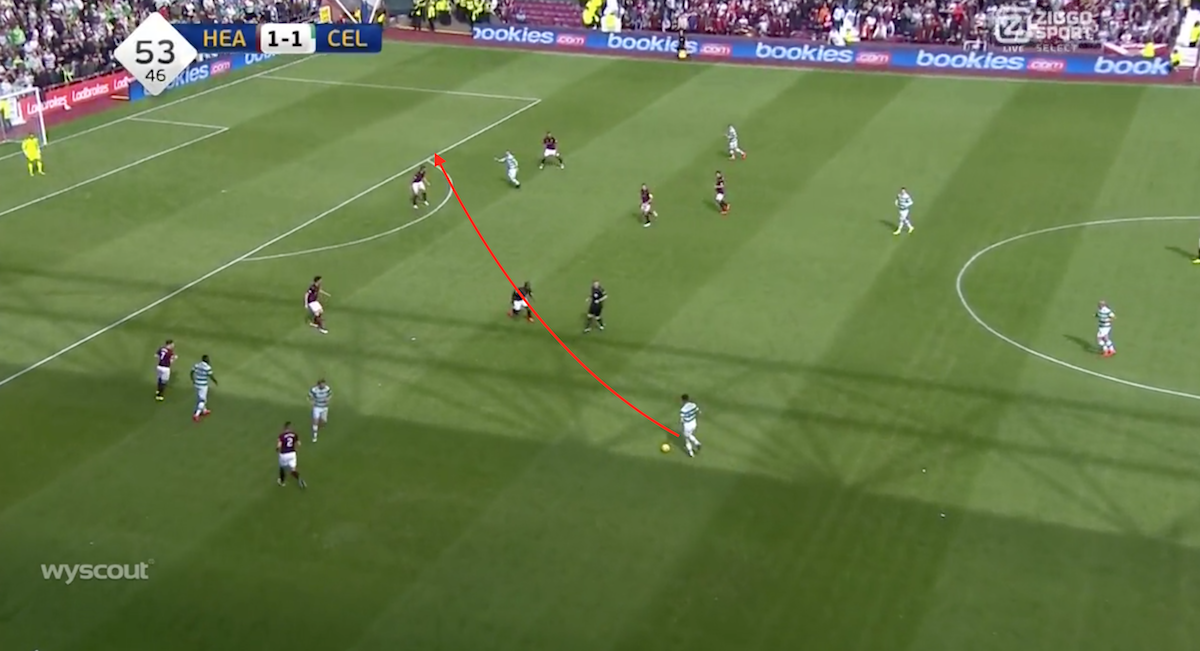 The two lines of four Hearts have behind the ball isn’t enough to prevent Tierney picking a pass over the top for Leigh Griffiths. For this to come off it has to be well timed and perfectly weighted. The home side go from having eight men behind the ball to scrambling to clear it in their own area. 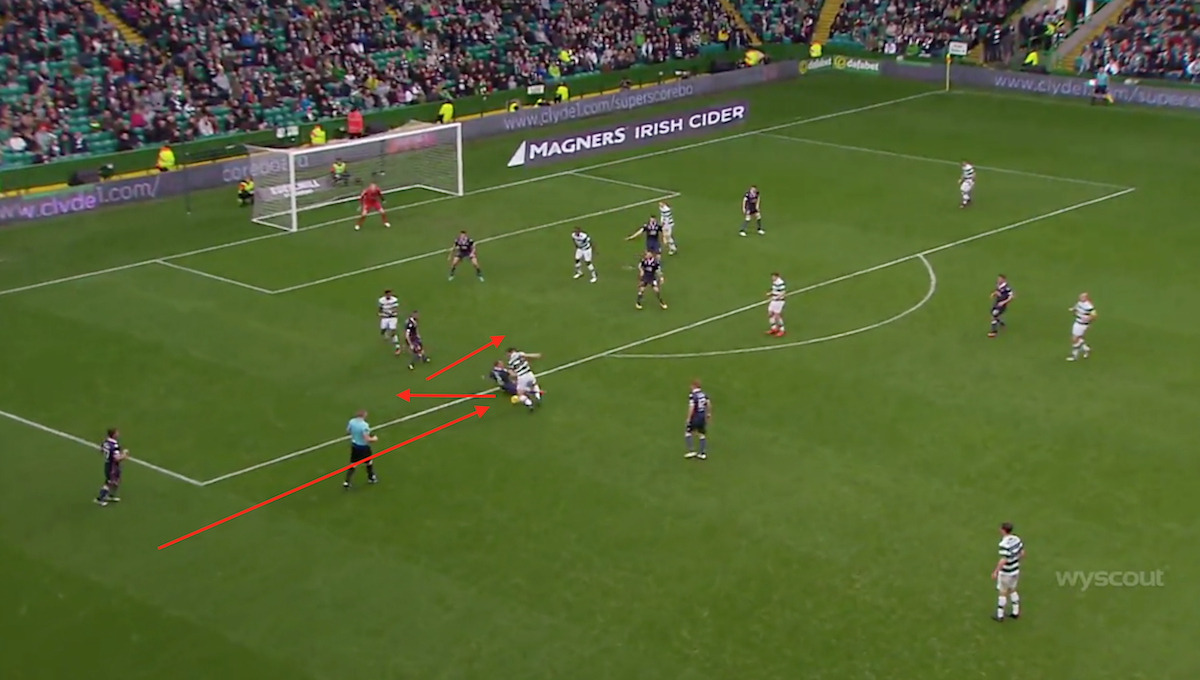 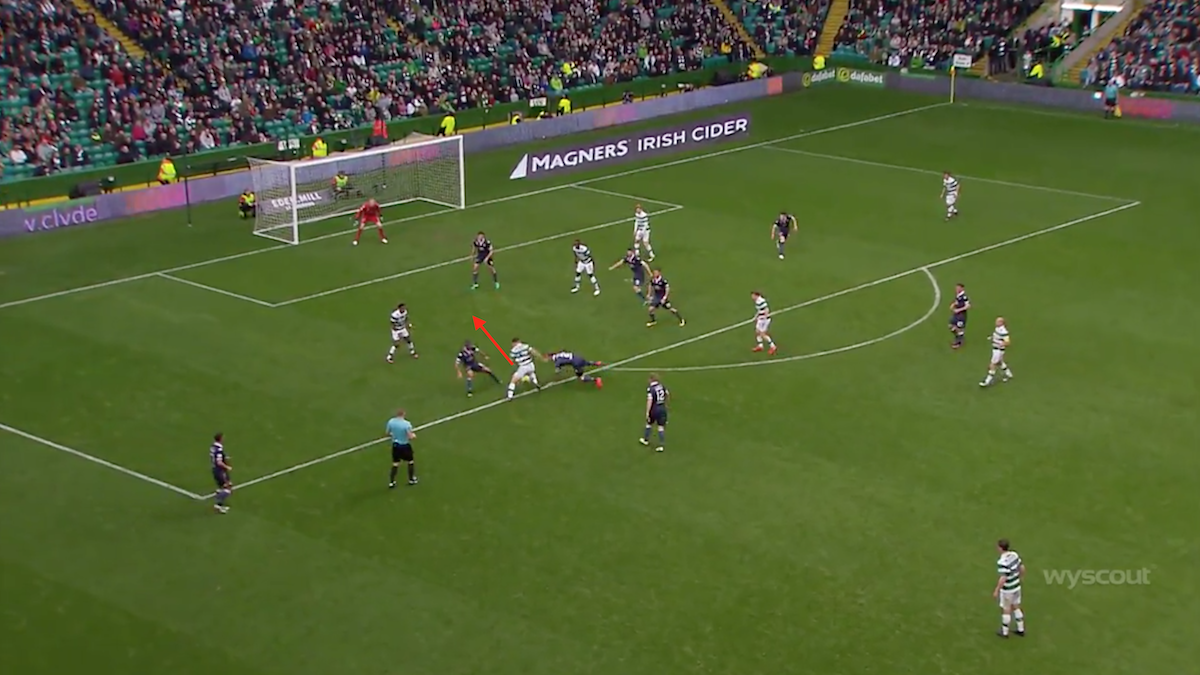 First off, note how he’s drifted inside even though he was one on one with the player out wide. It shows he’s confident enough on the ball to come into central areas even when it’s taking him onto his weaker foot. He’s not predictable or one dimensional.

He slaloms his way into the penalty area when it looks near impossible to begin with. His quick feet allows him to wriggle his way free inside a crowded penalty area before lashing a left footed effort against the bar. It was Messi-esque and It deserved a goal. But it’s this close control, fleet footed approach in and around the penalty area which separates the Scot from many other full-backs. It’s like playing with an extra attacker when he gets into the final third. If he sharpens up with his finishing he could grab a few goals every single season through chances he creates for himself. 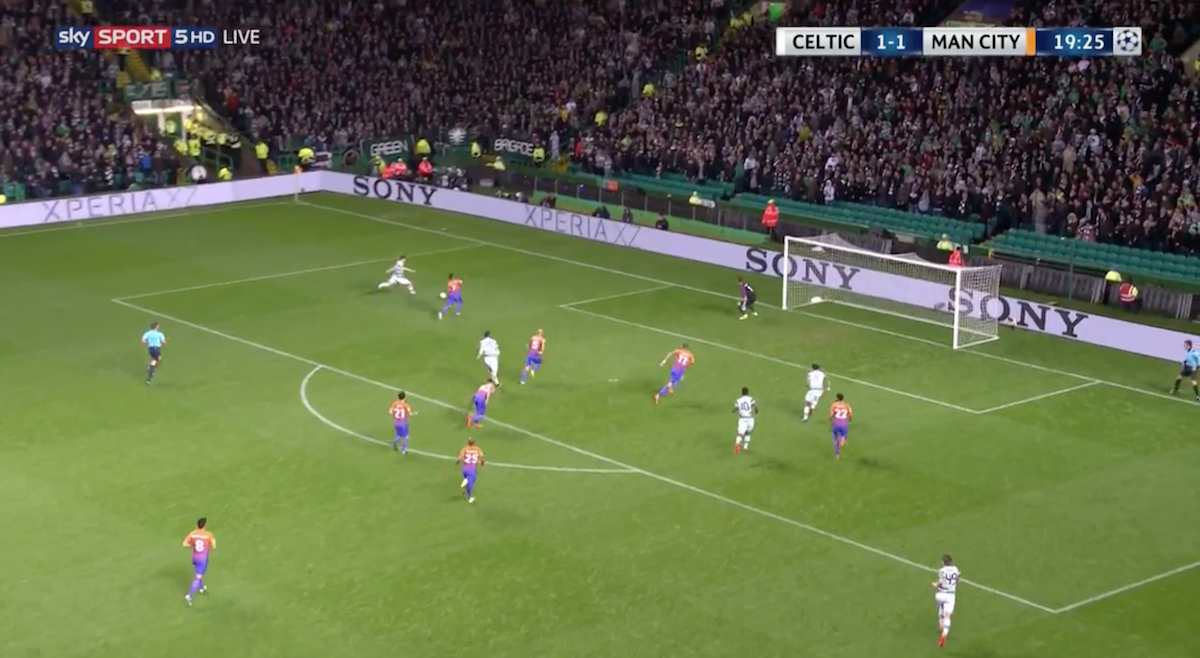 You’re 19-years-old playing in front of an electric home crowd in the Champions League against Pep Guardiola’s Manchester City. You’ve made a run from inside your own half to support the attack and you find yourself inside the City penalty area running onto a pass. It would be easy in this scenario for Tierney to lash the ball straight at Sagna or slice it into the crowd. He doesn’t though. He keeps his head and hits a cross which looks as though it’s going to find Sinclair for a tap in but then takes a deflection off of the Frenchman and beats Bravo in goal.

It’s fortunate but he deserved that slice of luck.

Which Premier League Clubs Should be Targeting Tierney? 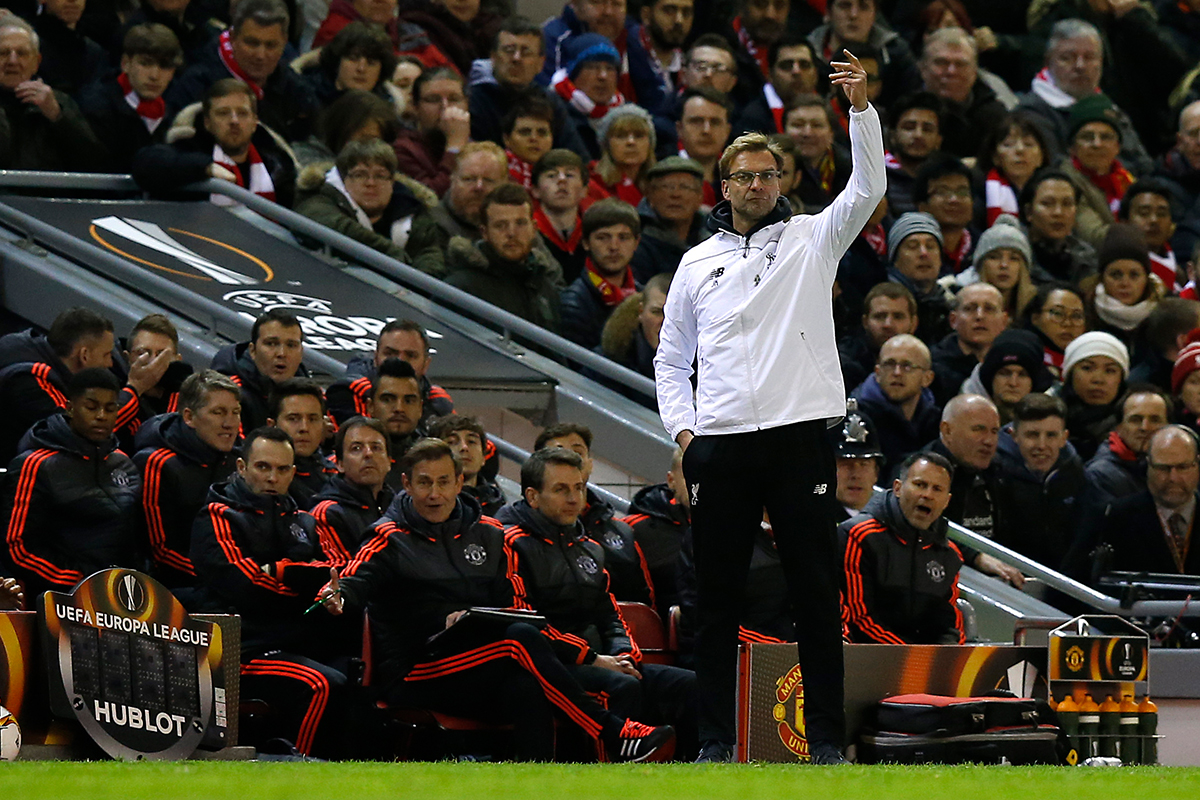 The Reds have been linked with a whole host of full-backs since the summer but as of yet nothing has materialised. James Milner is doing an impressive job there for Jurgen Klopp now but the 31-year-old can’t be a long-term solution there and Alberto Moreno appears to be out of favour at the club.

Tierney would suit the Liverpool system. The full-backs play as wide midfielders and are expected to keep the width to allow the more creative players to work in the space centrally. Milner sees a lot of ball throughout the 90 minutes and Tierney’s composure and confidence when in possession makes him an ideal candidate to replace the former City man if Klopp was that was inclined. 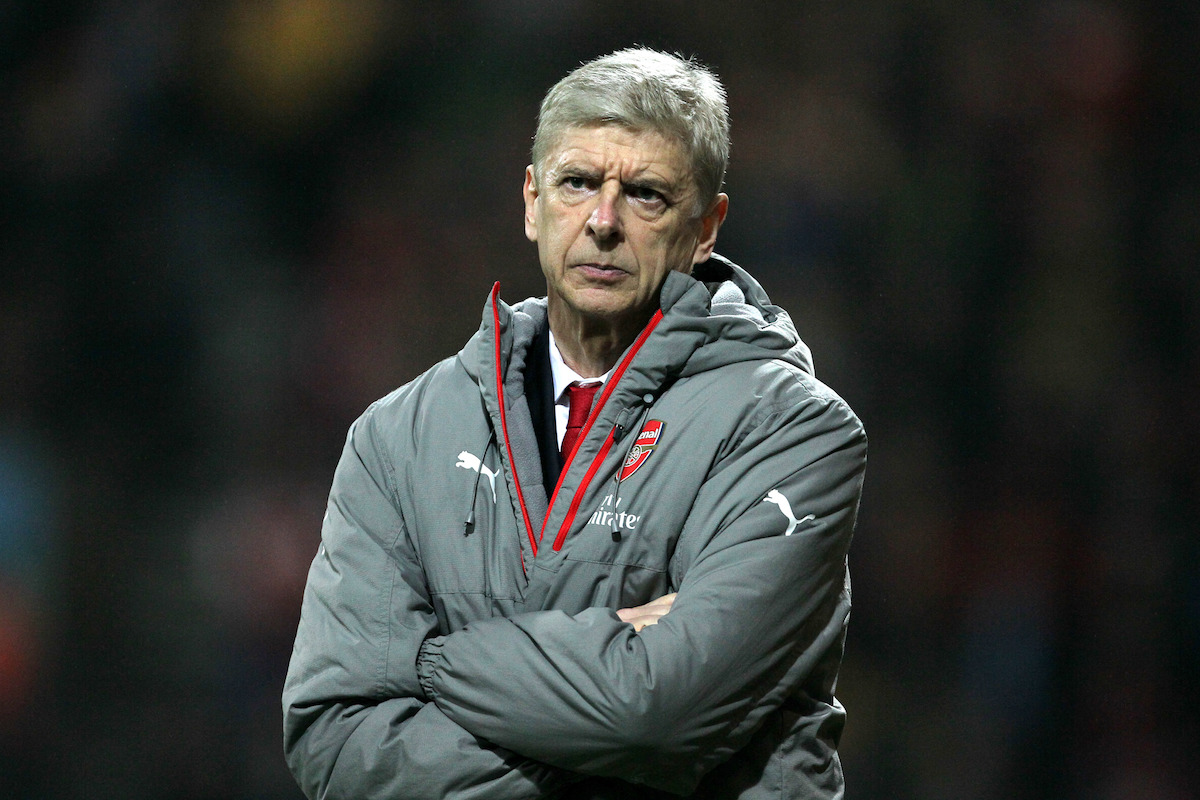 The Gunners are in desperate need for a left-back. Nacho Monreal is a problem and Kieran Gibbs looks to be on his way out of the Emirates with Crystal Palace being linked. Cohen Bramall has just signed and is highly rated but having two young and talented full-backs competing for a starting position can only be a positive.

If Tierney is available for as a little as £10million can Wenger really pass up such an opportunity? 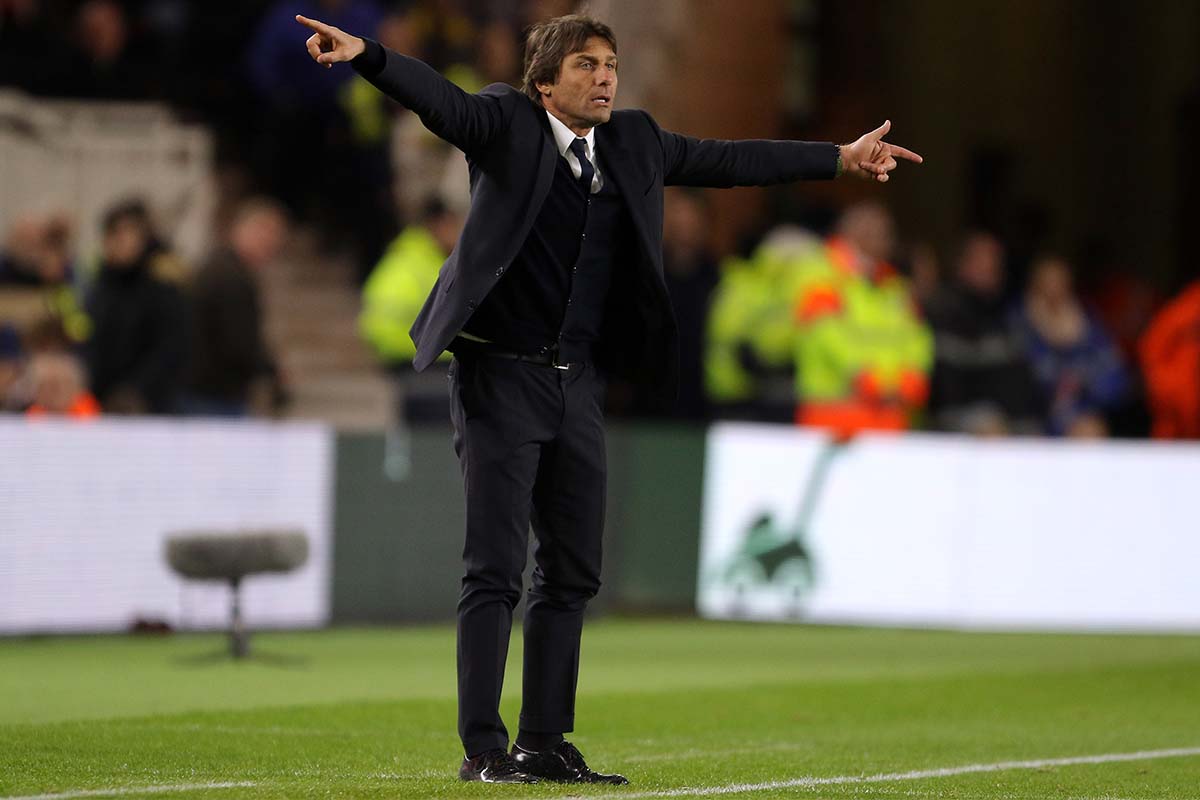 Antonio Conte is reportedly in the market for backup to Marcos Alonso. The Spaniard has been one of the signings of the summer and has excelled in a left wing-back role but that’s not to say the Chelsea manager should be content with what he’s got.

Tierney could come in initially as the backup but he has the quality and the ability to make that role his own in a matter of no time. He’s arguably already better than the former Bolton man in the final third of the pitch too. 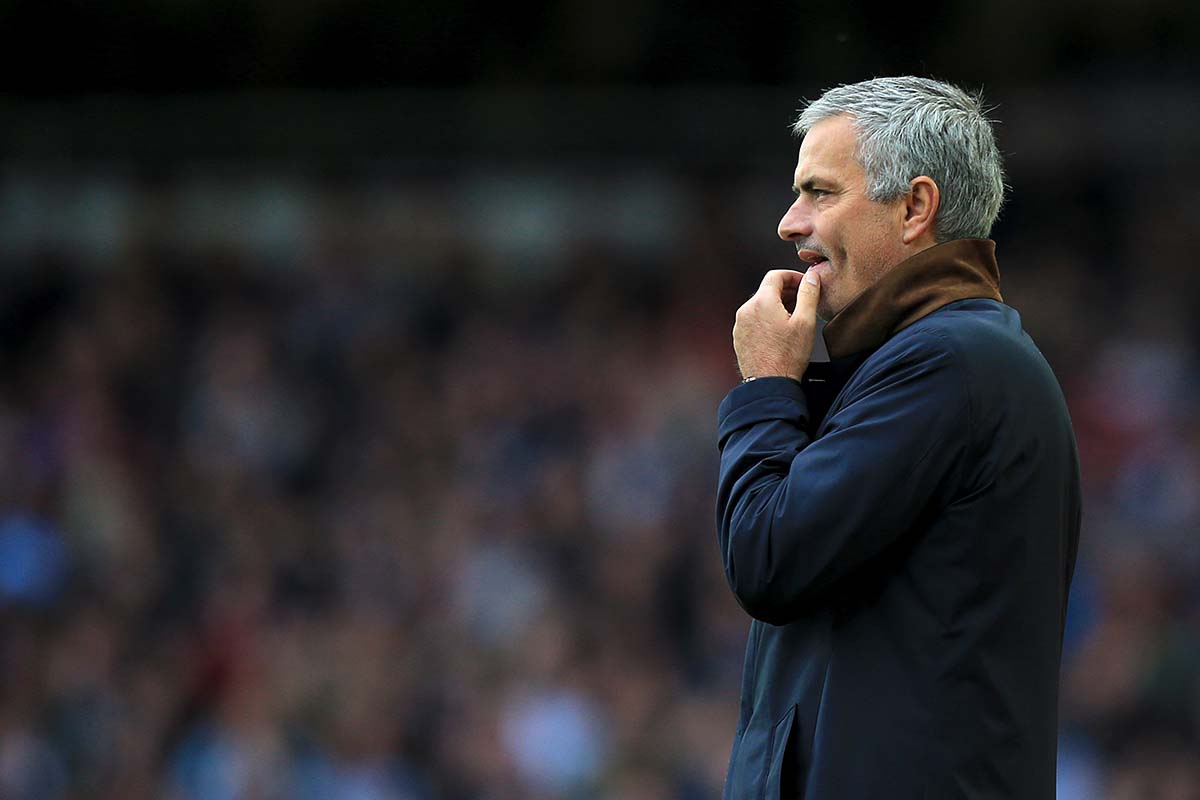 Jose Mourinho doesn’t appear to be convinced by Luke Shaw as the future Manchester United left-back. Matteo Darmian, Marcos Rojo and Daley Blind have all turned out there for the Red Devils this season with varying degrees of success but none of three have been able to really make that position their own.

Recent reports have linked Tierney with a move to Old Trafford and the incentive is there for him to make the left-back role his own. 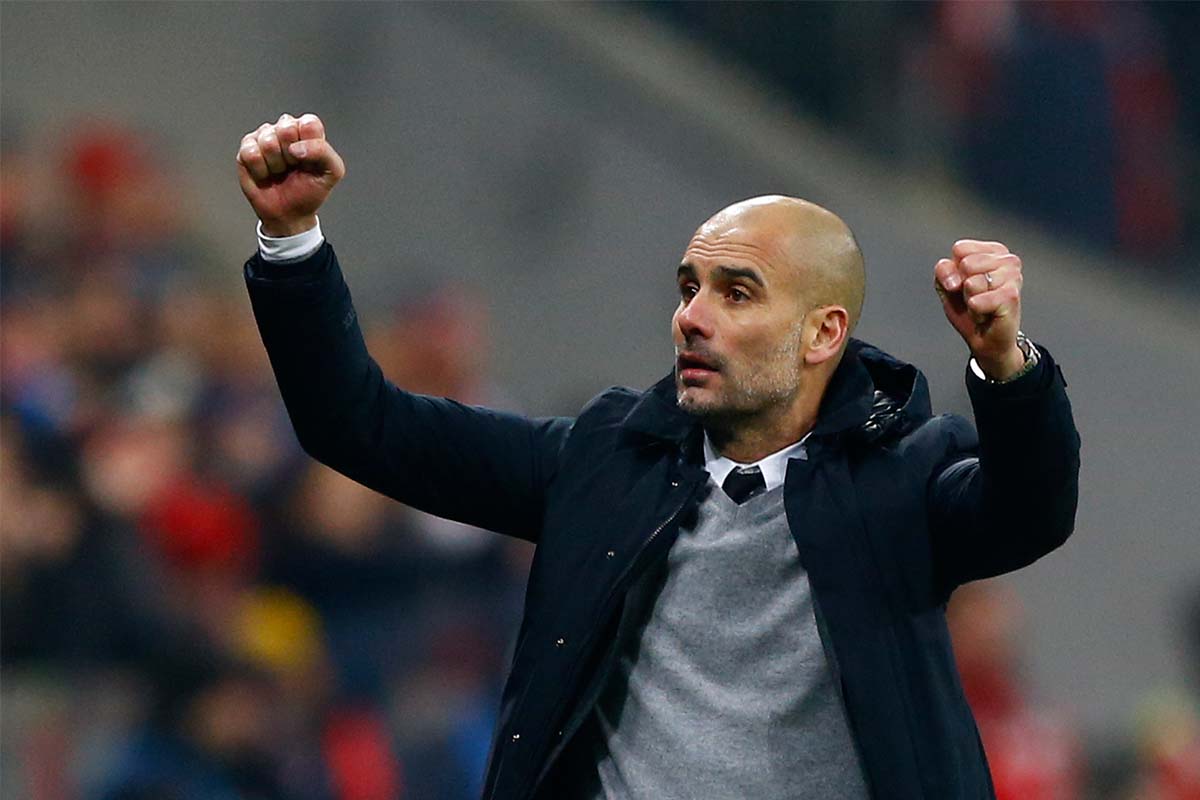 His ability on the ball make him of the select few who could operate in the inverted full-back system Guardiola attempted to use at Manchester City earlier on in the season without much of a bedding in period. City are in the market for new full-backs and after seeing him first-hand in the Champions League it would be a surprise if Tierney wasn’t topping that list. 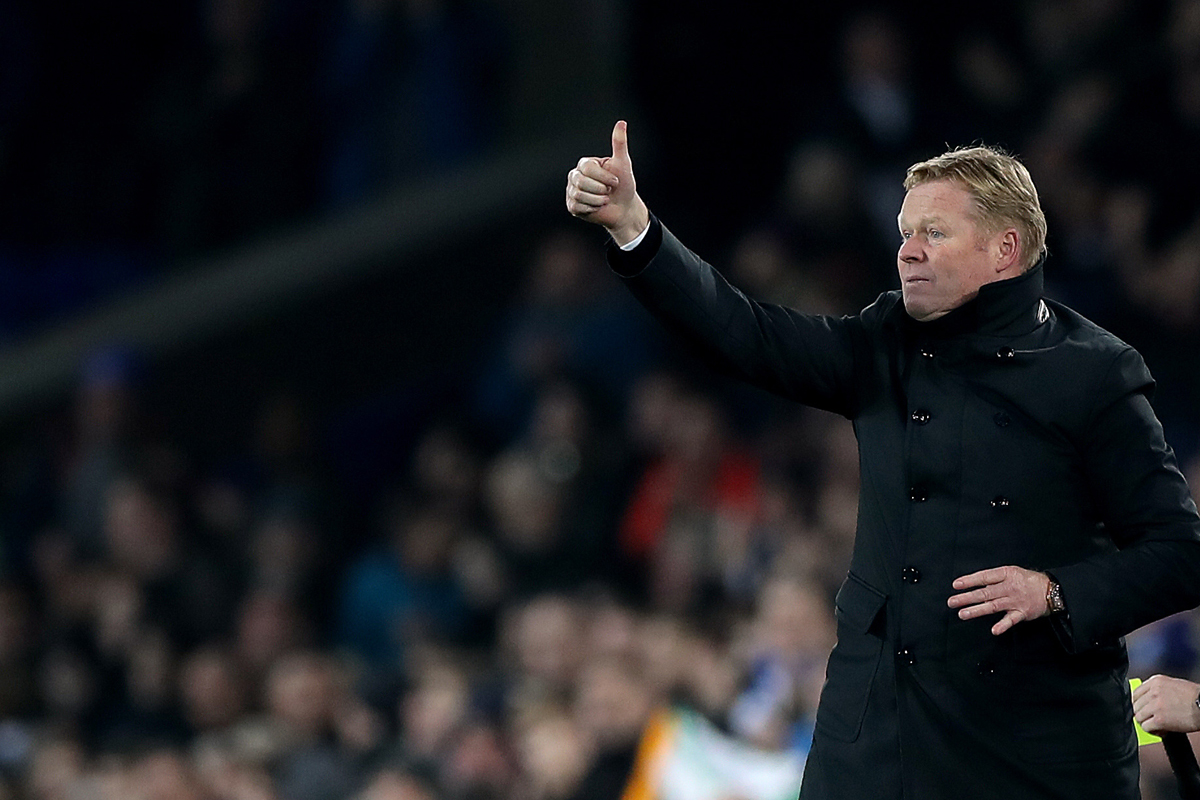 Everton have recently been linked with Jordan Amavi as they plan for life after Leighton Baines. The former Wigan man is 32-years-old now and although he’s still playing to a high level, he’s not going to be able to play forever. With Koeman at the helm Everton are looking to put together a young, hungry squad and Tierney would fit right in. 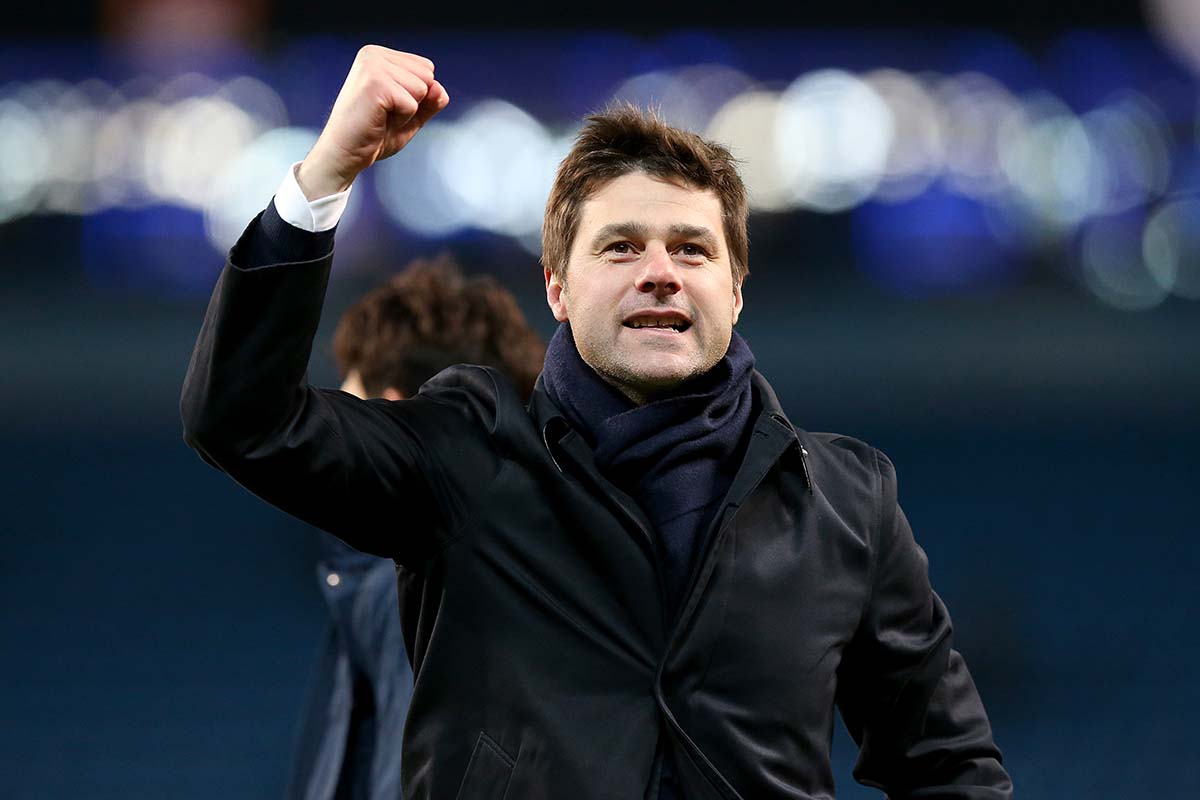 As things stand Spurs are well stocked in the full-back area. Kyle Walker and Kieran Trippier man the right hand side with Danny Rose and Ben Davies looking after the left. However, reports recently have linked Rose and Davies with moves away.

It’s unlikely both will be sold but as history has shown, Daniel Levy can be swayed by money. If a serious bid comes in for either of the left-backs then they could well be on their way and there would be an opening for Tierney. He’d suit the Pochettino system too which relies heavily on the full-backs supporting the attack.