Non-league Kidderminster will be aiming to take a Premier League scalp this weekend when West Ham make the trip to the Aggborough Stadium. The odds are naturally stacked against the home side but Kidderminster will be looking to make this cup tie really tough for the Hammers and we expect David Moyes to play his strongest side.

West Ham are the clear favourites to progress into the next round and we're backing the Hammers to clean a clean sheet on their way to victory. The Hammers have won four of their last six matches in all competitions, keeping two clean sheets in the process, while kidderminsters have failed to score in two of their last four league games.

Despite the huge gap between these two clubs in terms of league places, we're predicting that Saturday's FA Cup clash will be tight and tense throughout. Under 2.5 goals have been produced in four of the home side's last five matches, while three of West ham's last four outings have witnessed fewer than three goals scored.

Everything you need to know ahead of Kidderminster vs West Ham

Can the non-league side pull of the greatest giant-killing of all time?

Kidderminster failed to make the most of their home advantage against Gloucester City last time out with the game ending in a goalless draw. Gloucester, battling against relegation, weren't fancied to take anything from their trip to high-flying Kidderminster but the two sides cancelled one another out over the 90-minutes. Kidderminster remain third in the National league table and have a game in hand on the teams above them but the FA Cup provides a break from the pressure of promotion this weekend.

West Ham gave a good account of themselves away at Man Utd but still ended up losing the game 1-0 to a stoppage-time strike from Rashford. The Hammers sit 5th in the Premier League table and while Champions League qualification is the club's main goal, winning the FA Cup is a real possibility for Moyes' men, so we expect West Ham to put out their strongest starting eleven on Saturday.

Kidderminster: Foulkes, Martin and Freemantle are the three main injury concerns for the hosts.

West Ham: Noble, Ogbonna and Fabianski are doubts for the trip to Kidderminster. 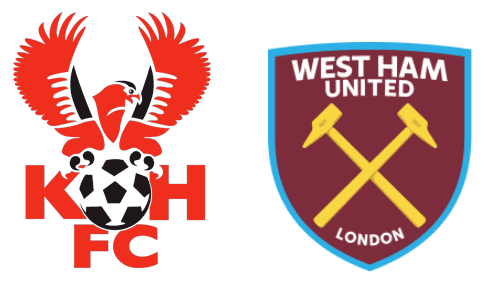