Kidderminster and Halifax lock horns in the second round of the FA Cup on Sunday. Two non-league outfits go head-to-head for a place in the next stage of the competition. Read our expert predictions and find the latest odds for the game below in our match preview.

Two teams in good form meet at the Aggborough Stadium when Kidderminster host Halifax in the second round of the FA Cup. Find our top three predictions for the fixture below.

Kidderminster compete in a tier below Halifax in the non-league football pyramid, though we’re tipping the Harriers to give Town a real run for their money in Sunday’s FA Cup second round tussle. The hosts have won an impressive eight of their last nine assignments and with that excellent run pushing them on, they could be worth backing in the double chance market against a Halifax outfit that have won just three times in their last nine attempts on the road.

Both teams to score bettors would have found plenty of joy wagering on both Kidderminster and Halifax’s recent games. BTTS has been a winning bet in each of the Harriers’ last three matches and in 100% of Halifax’s last four fixtures and with those records providing plenty to go on, we recommend sticking to the same market this weekend.

Ashley Hemmings is in fine form for Kidderminster and the hotshot has scored five times in his last eight appearances in all competitions. Hemmings was the match-winner when Harriers beat Grimsby 1-0 in the previous round of the FA Cup and we’re backing the 30-year-old to make his mark again when Halifax visit the Aggborough Stadium on Sunday.

Kidderminster vs Halifax preview: Interesting tie on the cards

Kidderminster are among the front runners in National League North ahead of the busy festive period and having been drawn against another non-league outfit in the FA Cup second round, Harriers will have their eyes on a potentially lucrative place in the competition’s next stage. Russell Penn’s charges at formidable at the Aggborough Stadium and Kidderminster are targeting their fifth home win on the bounce this weekend.

Like their hosts, Halifax are mounting a promotion push in the National League, though their patchy form on the road is threatening to derail their progress. The Shaymen have failed to win six of their last nine away fixtures in league and cup, and their travel troubles were apparent in round one of the FA Cup when they were held to a 0-0 draw at minnows Pontefract Collieries. 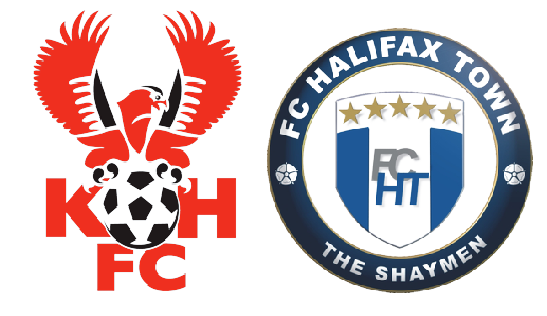 Halifax beat Kidderminster 2-1 when the sides last met all the way back in April 2017.

Who is Halifax's leading scorer this season?

With 14 goals in all competitions, Billy Waters is Halifax’s leading marksman this term.