There might be lots of attention on the European Championships but all Kelty Hearts and Dundee United eyes are fixed on the League Cup kick off. Who will win? Find out with our Kelty Hearts vs Dundee United match preview with free tips, predictions and odds mentioned along the way.

An easy start for Dundee United

It's more than fair to say that Dundee United didn't have the best of times last season as they ended the campaign battling in the relegation cluster. Even so, they should have far too much in their ranks to see off the challenge of new League Two side Kelty Hearts. Kelty Hearts won the Lowland League with a seven point gap but have played two friendlies recently and they're yet to record a win. Dundee United meanwhile come into this match fresh off a 4-1 win to take their unbeaten run to four matches. They should make it five unbeaten and two wins on the bounce here; anything less than a two goal barrier will be uncomfortable as well.

One of these teams will fail to score

Kelty Hearts weren't particularly lacking in fire power last season as they failed to score in just two games. One of those matches though was in a League Cup tie against Dundee United whilst four goals in their last three games is hardly going to strike fear into their visitors given the strength of opposition they've faced in that time. Dundee United are showing signs of being more solid over their last few outings too with just two goals conceded in the last three matches. With all of that considered, we think Kelty Hearts will fail to score but, we're plumping for BTTS – No to broaden our value.

We've already expressed our thoughts that Kelty Hearts will have a job to find the net against Dundee United, which is exactly what happened when they last met. That's only part of the reason we think this match will be light on the goal front though; the other factor to consider is how many goals Kelty Hearts will ship. Last year, they conceded just four goals on their way to topping the Lowland League; even with the early cancellation of the season, that's an impressive stat.

All the stats you need for Kelty Hearts vs Dundee United

Dundee United to run out winners

Kelty Hearts were in good form during the last campaign but life ahead of the 2021/22 season hasn't quite gone to plan for them; they're still waiting to record a victory in pre-season. A first win against Dundee United looks unlikely to be honest but, if they're to have any chance, they'll need a big performance from Darren Jamieson in goal whilst Michael Tidser will have a tiring game in the middle of midfield. Dundee United are unbeaten in four games – although drawing three – and they will expect to win this match. Nicholas Clark and Lawrence Shankland carry a real attacking threat but there is a question mark as to who will be in goal; Ben Siegrist has been linked with a few clubs this window. 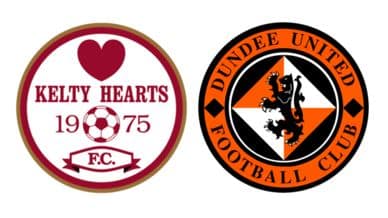