With 19 Premier League goals to his name already it is no secret Everton’s most important player and the key to their hopes of breaking into the top six.

But what makes him so important?

The Merseysiders are the Premier League’s nearly men, only finishing in sixth place or higher just seven times since the league’s inception in 1992.

But with the powerful Belgian spearheading their attack that could be about to change. Beyond that, if they can keep the former Chelsea youngster at Goodison Park beyond the end of the season, Ronald Koeman’s side might finally be able to maintain their place.

That, of course, depends on whether Everton can persuade the hulking forward that his future remains on Merseyside beyond the end of his contract in 2019.

The striker’s high-profile agent Mino Raiola had spoken of his client’s desire to sign a new deal recently, stating a new agreement was “99.9 per cent”. However, talk on that front has quelled in recent days. 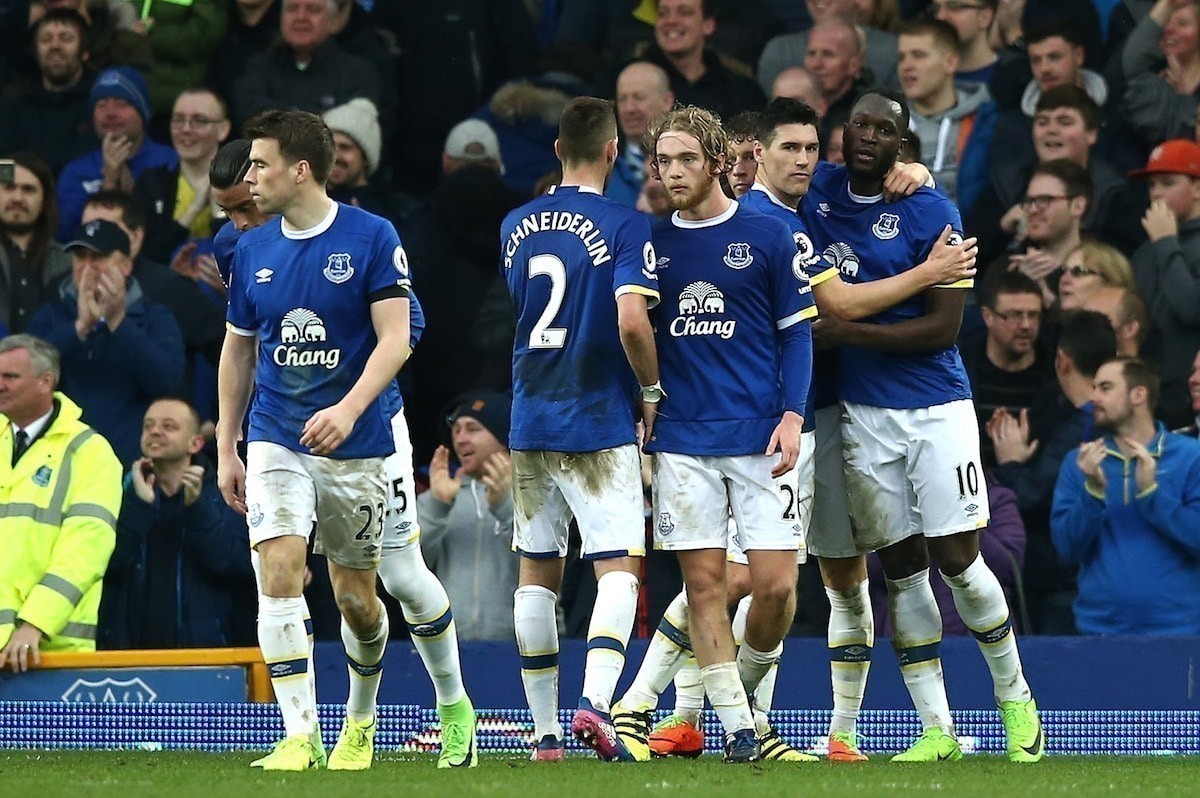 READ MORE: WHERE DOES ROMELU LUKAKU RANK AGAINST EVERTON GREATS?

By scoring in Saturday’s 3-0 win over former loan club West Bromwich Albion, the Toffees number 10 is now enjoying his best campaign in front of goal in the Premier League, surpassing the 18 strikes he managed last season.

Everton’s next highest scorers are Ross Barkley, Kevin Miralles and Seamus Coleman, all of whom are on just four goals.

In four seasons with the Blues, Lukaku has bagged 47 league goals in just 96 starts – a record just shy of one in two – a return no other Everton striker in the Premier League era can match with Andrei Kanchelskis’ 16 goals in 1995/96 the closest.

The last time the Toffees broke into the top six, in 2014, they were powered by the forward’s goals with Lukaku, then on loan from Chelsea, netting 15 times for Roberto Martinez’s men.

Without Lukaku, Everton would be nine points worse off, leaving them in ninth – 11 points shy of Manchester United who currently occupy sixth position ahead of the final 10 games.

Yet, Lukaku is more important than just his goals alone. The Belgian hitman has contributed a further five assists this season – only Barkley, with six, has more.

While the Belgian's defensive work-rate is often criticised, his offensive output is far greater than goals alone – as evidenced in Saturday’s win over the Baggies.

Having received the ball on the edge of the box (below), the Belgian held off Johnny Evans and cut inside, allowing Morgan Schneiderlin to go beyond and finish off the move. 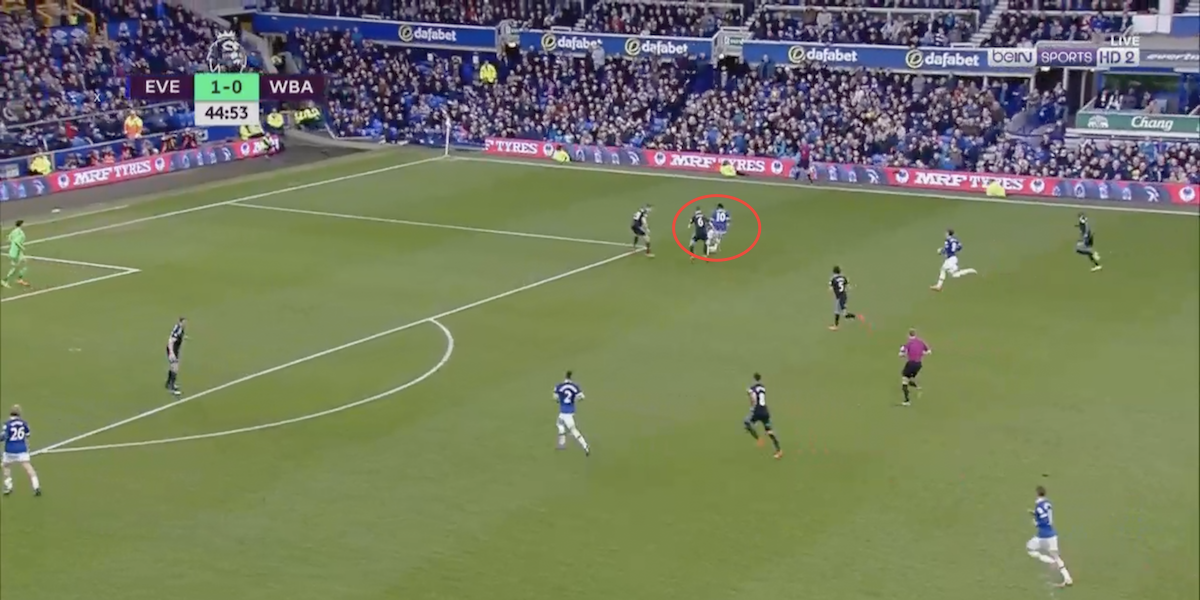 The same was true of his part in Everton’s win over West Ham United (below). On this occasion he collected a pass near the right-hand byline, held up Angelo Ogbonna until he was able to float a cross into the middle for Barkley to net.

Even if Lukaku’s involvement does not end in a goal he is a perfect out ball for the Toffees. It is little surprise that Koeman’s side have the joint fourth-highest average pass length (20m) and have attempted the fourth-most long balls in the division.

And when Everton don’t have the ball Lukaku’s sizeable frame comes into its own too.

He is usually the man on the edge of the six-yard box (below) at corners and free-kicks and his considerable ability in the air means he is invaluable from a defensive point of view. 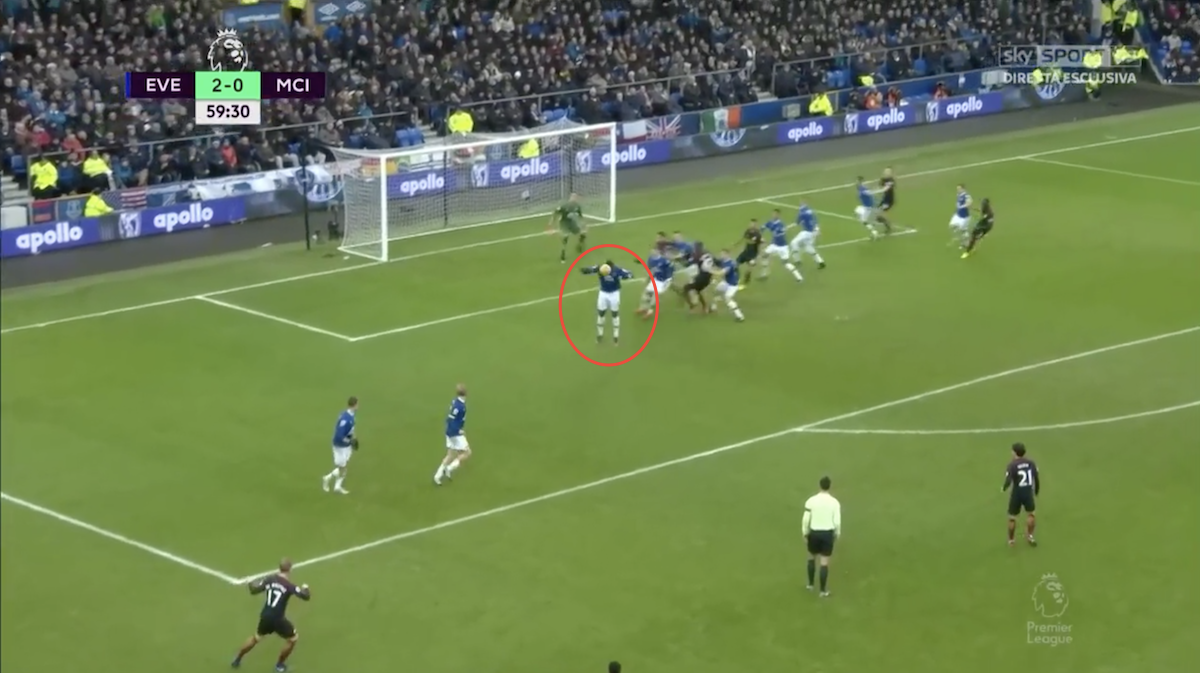 A Lack Of Other Options

A large part of Lukaku’s importance is down to the fact there aren’t any other options available to Koeman. He has started all but two league games this season and missed just one – the 1-1 draw at home to Tottenham Hotspur on the opening day of the season.

Yannick Bolasie was signed for £25million from Crystal Palace in the summer to help lighten the burden on Lukaku before being ruled out for 12 months at the beginning of December with knee ligament damage. 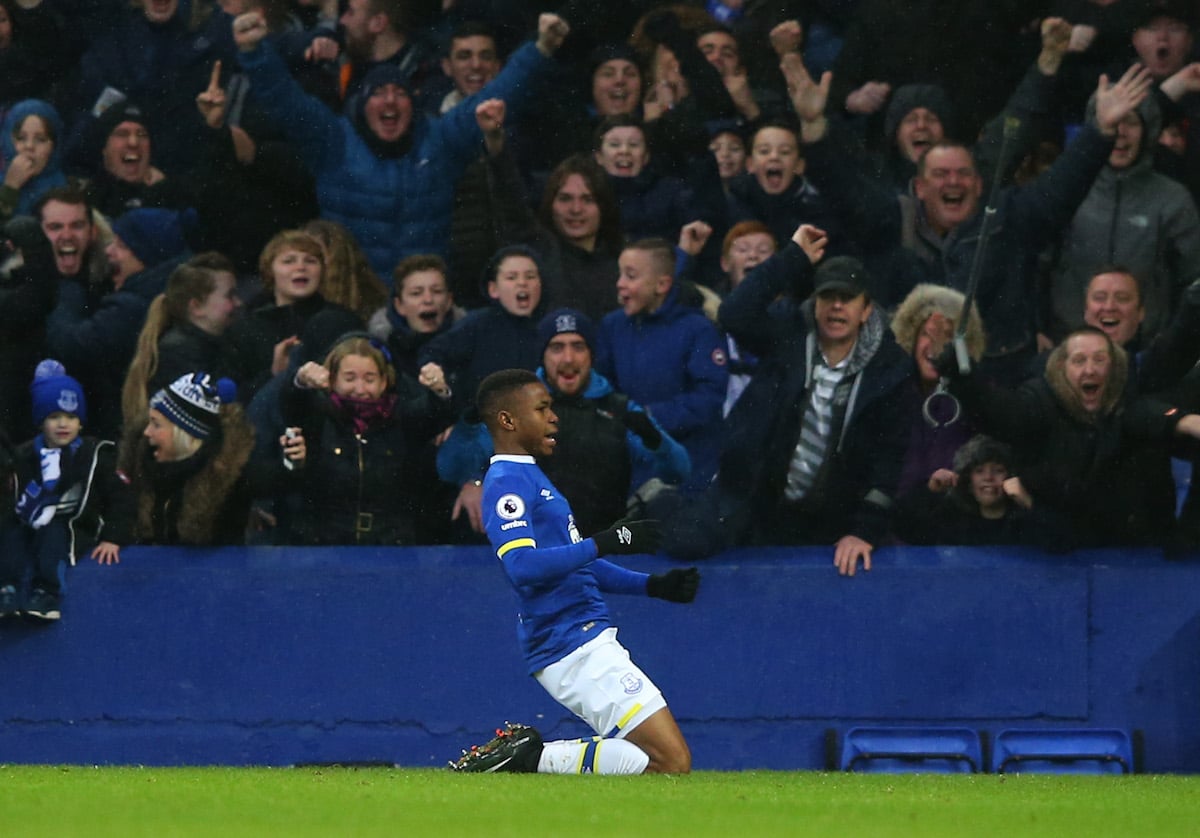 January addition, Ademola Lookman, underlined his potential in the 4-0 humbling of Manchester City in January but is being eased into first-team affairs after signing from League One side Charlton Athletic.

West Ham United loanee, Enner Valencia, is the senior alternative but lacks the physical presence of Lukaku and has only been entrusted to make three starts in the Premier League.

The same goes for Arouna Kone who has been restricted to just three substitute outings and is completely out of favour at Goodison Park under Koeman.

For Everton, any hopes of success hinge on keeping Lukaku fit – for now – and at Goodison Park in the longer term. A first foray into the top six since 2014 will go a long way towards achieving that.