The Qualifiers for the 2022 World Cup are now underway, and in a few days, Kazakhstan will be hosting the reigning champions. Stick with us if you are interested in betting on the game in hand.

The odds are true at the time of writing but are subject to constant change. Always check with your betslip before placing your final bet. Our recommended bookmaker for this match is Ladbrokes.

France to Win to Nil

The reigning World Champions is the clear favorite in this game, and any result other than a win for them will be surprising. That’s why we are backing Didier Deschamps’ team to also keep a clean sheet while winning. The French squad has only done this twice in its last five games, but Kazakhstan’s offense is nowhere near up-to-par with the world-class French defense.

France to Score in Both Halves

Consisting of fast-paced clinical attackers like Mbappe, Griezmann, Martial, Giroud, and others, Les Bleus enjoy getting on the scoreboard. In this particular matchup, there won't be anything stopping them from going straight at it. France has scored in both halves in 4 of its last 5 victories.

As we already covered it is highly unlikely that France will concede against Kazakhstan. Not that it's impossible, but it's unlikely. Pairing this bet with over 2.5 goals, essentially means that the French squad needs to score 3 goals on its own, which is totally fine. In France's last 5, they've won with over 2.5 goals only once, but they've played much more skilled squads such as Portugal, Croatia, and Sweden.

All the stats and odds for Kazakhstan vs France

Kazakhstan vs France: Have both teams played well recently?

It's difficult to compare both squads' forms, as they have recently played very different teams. Nevertheless, we will take a look at their Nations League results, as they are the most recent for both.

Kazakhstan played Belarus, Albania, and Lithuania in the Nations League and finished at the bottom of its group with just 4 points out of 6 matches. Their only win came against Lithuania.

On the other hand, the visitors had a much tougher Nations League group consisting of Portugal, Croatia, and Sweden. Despite this, Didier Deschamps' boys finished on top of their group without recording a single loss. Definitely, an impressive result, which also is a confident stake for winning the 2022 World Cup. 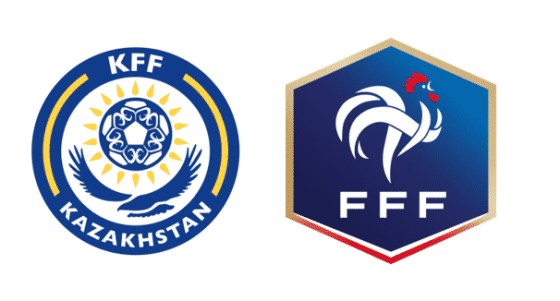