This is a preview of the Swedish Allsvenskan game involving two teams who have gone through a rough patch in recent weeks. Kalmar take on Mjallby at the Guldfågeln Arena with both teams on a losing streak.

Kalmar were at the receiving end of a close 1-0 loss against title-chasing Djurgarden at home. Christian Järdler’s team, meanwhile, continued their poor streak after losing 2-0 to table leaders Malmo at home.

This match sees both teams coming on the back of defeats to top outfits. However, this may not be an excuse for their overall poor form in recent weeks. In such a situation, Mjallby’s position and low confidence levels is unlikely to give them hope in this away match. Mjallby have not managed any away win so far this season, while Kalmar have gone through a decent sequence of results at home.

The biggest problem for Kalmar is defence, which continues to leak goals. There is not too much of a difference to the record held by Mjallby in the last 12 matches of the 2021 Allsvenskan season. Even in recent form, these two teams are almost identical and they are likely to struggle in terms of creating chances. Both have bagged only two goals in the last three games.

Second-half to witness the highest number of goals

Top Betting Odds and Stats for Kalmar vs Mjallby

Kalmar have been through a torrid run since the break. A string of bad results has seen the team slide down the table to 11th place. It may be difficult for Kalmar to break the sequence as long as the team does not hold out for a complete 90 minutes – an event which has not happened since the goalless draw against Goteborg in May.

Mjallby are going through a disastrous sequence of four consecutive losses that has pushed the team to 14th place in the table. The prospect of relegation is becoming increasingly likely for Christian Järdler’s team, who are just two points away from the bottom.

Questions about Kalmar vs Mjallby 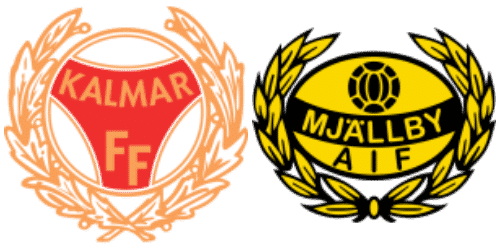 Which team is the favourite to win? Kalmar