This is a Swedish Allsvenskan match that involves two teams who had positive results in the immediate match after the summer break. This preview focuses on the game between Kalmar and Hacken at the Guldfågeln Arena.

Kalmar are on a five-game unbeaten sequence in home matches. Even though they have been involved in three draws during this run, it is not a surprise that the form has been built on a strong defence. Hammarby’s early goal back in May is the only home goal conceded by Kalmar in the 2021 matches. Hacken are undoubtedly high after beating AIK, but it is difficult to envisage the team pulling off an away victory especially after not having experienced the same since August 2020.

The strength of Kalmar has been their defence, which has the second best record in the league with only eight goals conceded from the nine matches. Only Djurgarden have a better record on this front. Even though Hacken scored two goals upon their return to the league action, it will be a difficult feat to achieve the same at Guldfågeln Arena, where an away team has scored only one goal in the last five.

Hacken have been able to score in three consecutive away matches, but these goals have primarily been against teams in and around them in the league table. They have been unable to get a sizeable advantage over stronger opposition. Kalmar should be able to profit from this situation.

Top Betting Odds and Stats for Kalmar vs Hacken

Kalmar have been placed seventh in the table coming into the game. After having had a mediocre result against Varberg in the game after the restart, there is a lot of expectation from Kalmar, who have the potential to challenge for the top three places. The strong defence has been a plus for the team throughout the season, but they need to start scoring more goals to profit from the same.

After having flirted with relegation since the season started, Hacken have been able to register back-to-back wins and the recent victory over AIK happens to be the most impressive. Yet, the troubles are still not beyond Hacken, who are only one point away from the drop zone.

Questions about Kalmar vs Hacken 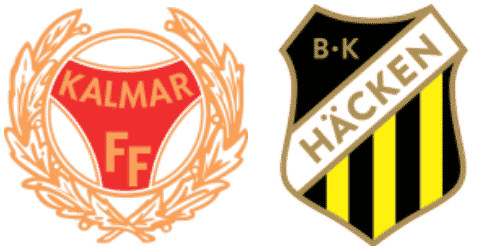 Which team is the favourite to win? Hacken