It's the second leg with the tie very much in the balance as the aggregate score stands at just 1-0. Who will progress to the final? Find out with our Kaizer Chiefs vs Wydad Casablanca match preview with free tips, predictions and odds mentioned along the way.

Kaizer Chiefs come into this match with a narrow aggregate lead and we can only see them adding to their advantage. The South African outfit have won their last two home matches and have three wins on the spin in all competitions. Wydad Casablanca are a decent outfit themselves but they have now lost back to back matches against Kaizer Chiefs in 2021; that's something that could weigh heavy on their minds ahead of kick off.

The odd goal to settle the match

Our opening prediction obviously backs Kaizer Chiefs to win the match but we don't see there being much in it; the first leg saw Kaizer Chiefs nick a fairly early goal and then they went full defensive allowing Wydad Casablanca to have the ball. If, as we're predicting, Kaizer Chiefs get in front at some point on the evening, they won't commit forwards when they don't have to and that makes a large winning margin look unlikely; the last two games between the pair have ended 1-0 with the last three Kaizer Chiefs games all being wins by the solitary goal as well.

A match without too many goals

Making the prediction that Kaizer Chiefs win early in our tips obviously shows we expect there will be a goal in this match, however, there are unlikely to be too many. Six of Kaizer Chiefs last 10 home games have ended under the 2.5 goal mark with Wydad Casablanca having similar form on the road; seven of their last away matches have ended with two or fewer goals scored. Given the previous trio of head to head meetings between the two sides have yielded just six goals – two 1-0 Kaizer Chiefs wins and one 4-0 Wydad Casablanca blowout – the prospect of three plus goals isn't a huge one.

Kaizer Chiefs vs Wydad Casablanca: All the best odds and info

The end of the road for Wydad Casablanca

Kaizer Chiefs and Wydad Casablanca arrive in this match with three wins in their last five matches whilst both have tasted defeat in that time. For Kaizer Chiefs, they lost two matches back in late May before their three match winning run whilst Wydad Casablanca won last time out but suffered a defeat (to Kaizer Chiefs) and a draw prior to that. In terms of what each team needs to deliver on Saturday you're looking at two rather different things. Kaizer Chiefs will need their defensive players – and in particular their keeper, Bruce Bvuma – to show resilience and concentration whilst their attacks will be based on hitting Wydad Casablanca on the transition. For Wydad Casablanca, the fact of the matter is that they need to score. That's a bare minimum. The responsibility will fall on Ayoub El Kaabi as their top scorer. 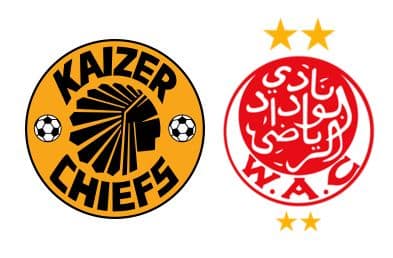