One of the closest matches in the upcoming round of Champions League is the Juventus vs Zenit. Keep reading our preview if you want to know more about this match and if you want to get free betting tips for it.

Our top betting tips and predictions for Juventus vs Zenit

If you are searching for the best Champions League betting predictions, we can help you out. So, here are our top betting tips for Juventus vs Zenit:

While it's clear that Juventus is struggling at the moment since they have failed to win in their last three games in Serie A, the team is doing very well in the Champions League with three wins in the first three rounds, including the win in the first game with Zenit Petersburg in the last round.

We have only seen one goal in the first match between Zenit and Juventus, so we don't expect to see a lot of goals in this match as well. Furthermore, only one of the first three games in the group played by Juventus has gone over 2.5 total goals, while the same is true for the first three matches played by Zenit in this edition of the Champions League.

The latest stats and odds for Juventus vs Zenit

If you are looking for the best odds for the Juventus vs Zenit duel, you can find them all and the latest stats right here:

Juventus vs Zenit preview: Can Zenit resist in Turin?

While Juventus has done great in their Champions League group since they have won all three of their matches so far, the team has been struggling in Serie A this season. After the first eleven rounds, Juventus is 11th in the league and they have only managed to collect 15 points so far. Juventus also failed to win in the last three games in Serie A, so they are on a poor run. De Sciglio, Kean, and Ramsey are injured and out of the upcoming match.

The reigning champions of Russia are leading the league once again this season. Zenit is at the top of the standings with a five-point advantage over their nearest rival and they enter the game against Juventus after beating Spartak Moscow 7-1 and Dinamo Moscow 4-1 in two games in a row. However, the team has only three points in their Champions League group and a loss to Juventus will likely mean elimination from the competition. Kuzyayev, Santos, and Ozdoev are on the team's injury list ahead of the game.

Frequent questions for Juventus vs Zenit 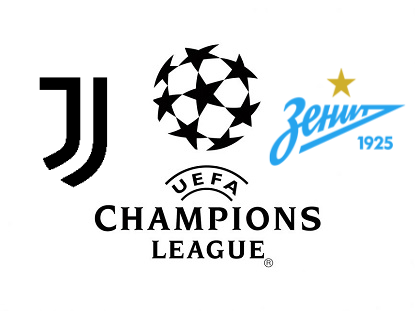