Sassuolo have hopes of a top-half finish in Serie A this season but dropped points last weekend and now go up against A Juventus side looking to secure their place in the Champions League next season.

Juventus have won four of their last seven meetings with Sassuolo in league and cup, suffering just one defeat during that period. Sassuolo head into this weekend's game on the back of two defeats from their last three outings in Serie A while Juve have won three of their last six fixtures, so you can see why we fancy the visitors to get the job done on Monday night.

Dybala joint top scores for Juventus in Serie A this season with 8-goals and we're backing the Argentine striker to find the back of the net for the visitors this weekend. Dybala is due a goal after failing to score in his last three league games for the club and despite rumours of him leaving the club at the end of the season, Dybala remains Juve's main goal threat alongside Morata.

All you need to know ahead of Sassuolo vs Juventus

Juve hoping to put the pressure on Napoli with a win

Sassuolo made the trip to relegation battling Cagliari last time out where one goal decided the fate of all 3pts. The hosts had the better of the chances overall and took one just before the break. Sassuolo tried their best to get back into the game but Cagliari defended manfully and held onto their narrow lead to secure a much-needed victory. Sassuolo sit 10th in the table but could move back above Verona if they find a way to beat Juventus.

Juve had hoped to use their home advantage against Bologna to pick up a comfortable 3pts last weekend. However, the hosts went a goal down early in the second half and needed help from their guests o get back into the game. Bologna duo, Medel and Soumaoro both received their marching orders in the 84th-minute allowing Juve extra time and space to create chances, one of which was taken by Vlahovic deep into stoppage-time to make the final scoreline 1-1.

Sassuolo: Jeremy Toljan and Abdou Harroui are the two main injury concerns for the hosts.

Juventus: de Ligt, Arthur, Locatelli, Aké, Jorge, McKennie and Chiesa could miss out this weekend due to injury.

Sassuolo vs Juventus – Your Questions 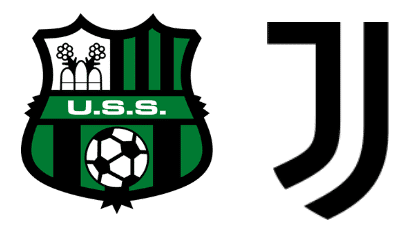