Juventus ended their winless start to the new Serie A last time out and now go in search of another 3pts that could move them into the top half of the table. Sampdoria suffered a heavy defeat at home to Napoli in midweek and their confidence is bound to be affected heading into a tricky trip to Turin.

Juventus vs Sampdoria: Our Top Tips

Here are our predictions for Juventus vs Sampdoria

Juventus have won five of their last six games against Sampdoria, keeping clean sheets in each of their last three encounters with Sunday's guests. Juve secured their first league win of the season at Spezia and with that monkey off their back, we expect Allegri's men to climb the table in the next few weeks. Sampdoria have failed to score in three of their opening five league games and suffered a 4-0 defeat at home to Napoli last time out.

Morata has scored two goals in the league this season for Juve and we're backing the Spanish international to get on the scoreboard once against this weekend against Sampdoria. Morata is the only Juventus player to have scored more than one goal in Serie A this season and he is expected to lead the line in Sunday's early kick-off.

Juventus scored three goals at Spezia in midweek and the last time they played host to Sampdoria they ran out 3-0 winners. Sampdoria have failed to score in any of their last three games against Juve and conceded four goals without reply in their midweek defeat at the hands of Napoli, so you can see why we're backing a comfortable home win this weekend.

All you need to know ahead of Juventus vs Sampdoria

Juventus were on for one of their poorest starts in their entire history until they secured a 3-2 win at Spezia in midweek. Goals from Kean, Chiesa and de Ligt earned Juve a crucial 3pts and have given the Italia giants a platform to build upon ahead of this weekend's game against Sampdoria. The hosts have a good recent record against the visitors and usually win this fixture fairly comfortably.

Sampdoria were unable to maintain their mini unbeaten run when they played host to Napoli in midweek. The in-form visitors scored four times without reply and totally dominated the entire 90-minutes to thrust themselves back to the top of the table and leave Sampdoria languishing in 13th. Sampdoria know that Juve haven't started this season well and an early goal could set the away side up for a positive result. However, that 4-0 defeat coupled with Juve's first win of the campaign, points towards a home win. 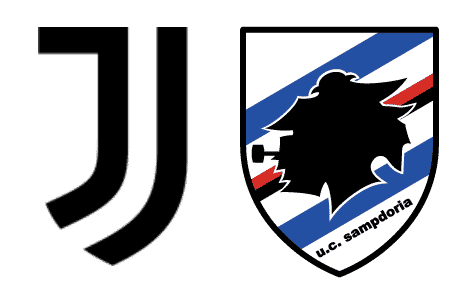